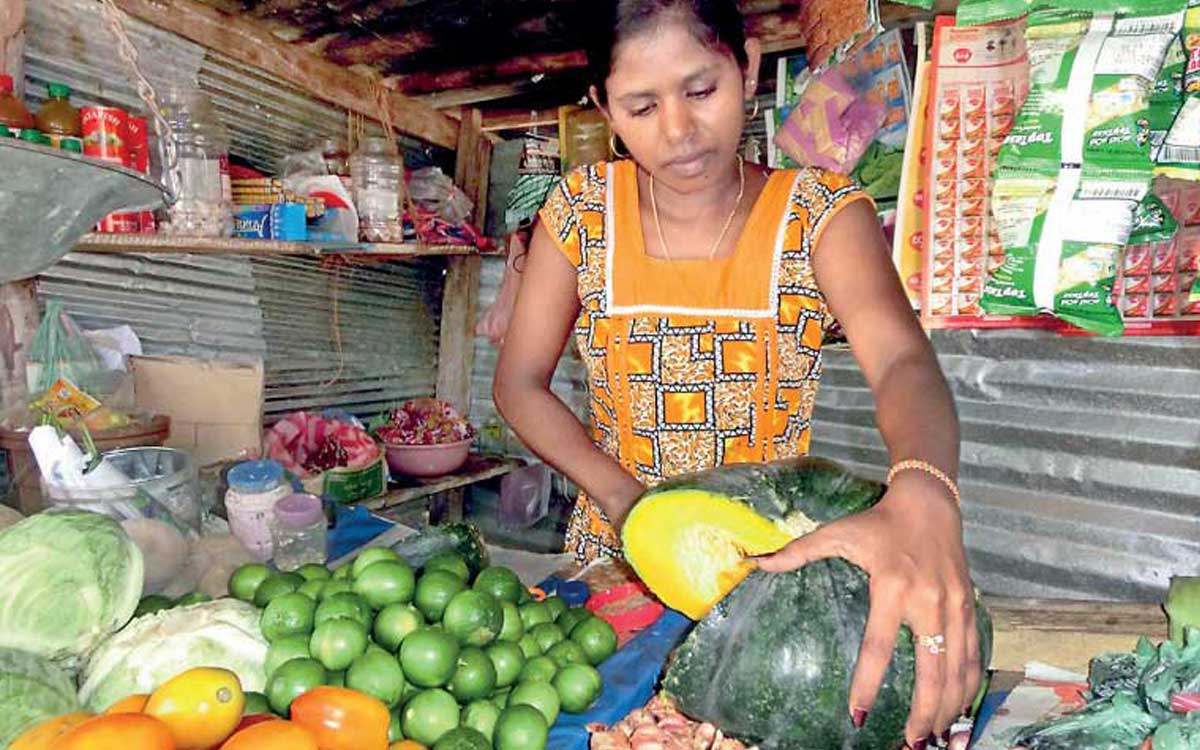 In 2017 Q1, Q2 and Q3 consumer consumption contracted. This must be arrested

The other day at a post-Budget forum the Minister of Finance said that Enterprise Sri Lanka needed to take off just like the USS Enterprise in the movie Star Trek with innovative solutions while venturing into places that no man has gone before. In my view it was a breath of fresh air given that I personally have been involved in this process for almost six years in different capacities and what Sri Lanka rightly requires is this sort of thinking.

The doubt raised by many is that corporate Sri Lanka was expecting strong governance and decision-making just like corporate Sri Lanka but the reality has been very different. Let’s take the key growth sector of Sri Lanka after the war – tourism. It’s been almost three years since the Government took over but the key activity requested by the private sector has not been addressed. The activity has been the launch of the Global Marketing Campaign.

The reason we see revealed in the media is that procurement prices do not support implementation of the campaign. However, in this backdrop, we see process violation in many other activities which hits the media on a daily basis, the most recent being when a particular minister, whilst addressing a press conference, answered a personal call, with the electronic media picking up the blatant violation of a procurement tender process. 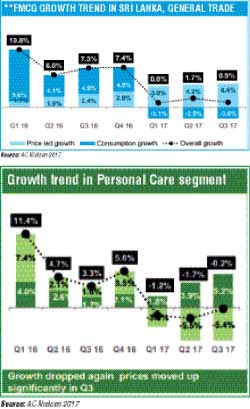 Budget, the logic being that our competitor countries launch destination marketing campaigns at a minimum of two per year due to the entrenched competition that exists to attract travellers to a country. Especially in a country like Sri Lanka, where room stock is increasing at double-digit growth, we must drive stronger marketing if we are to keep the demand chain alive.

The numbers as at end August show a marginal growth of 2.89% with the key market of China showing a decline whilst winter bookings for the next two months have been very thin. What is sad is that over Rs. 4 billion remains to be utilised for tourism promotions and it has been there for the last three years.

The other day at the Daily FT post-Budget forum a statistic which was mentioned by the political hierarchy was that 25% of the previous budget’s proposals have been implemented.

An independent study conducted by Verite Sri Lanka revealed that of the key 37 Budget proposals of the previous year almost half of them have not even gotten off the ground and 32% of the proposals are behind schedule. Only 3% of the proposals are on track, which is once again a reality that we must keep in mind given the high growth agenda that we have set for Budget 2018.

The appointment of two top officials to monitor budget proposal implementation is a very good move if we are serious about making Sri Lanka enterprise-driven. However, the issue is that the public sector consists of human beings and just like the private sector must be motivated through strong leadership. Sadly, ongoing investigations done by different entities like the Financial Crimes Division (FCID) and the Commission to Investigate Allegations of Bribery and Corruption (CIABOC) have left a very bitter taste, the logic being that public sector officials are treated very badly and in fact are coerced to provide data which does not sometimes exist at the respective entities.

At some organisations almost 20% of the top management are daily in and out to give data leaving the entity crippled to do basic operational work. This effects the motivation of the staff which is the reality we must address if we are to make Budget 2018 happen.

On a separate note, we also see financial irregularities continuing even today. The other day we heard the President voicing his displeasure over the corruption that occurred just three months he after took office in January 2015 and he asked very rightfully whether that was what the people expected from the Government.

There was one institution where five top professionals took office and turned around a loss-making entity but after one and half years all five left the state institution within a three-month period as they did not want to be part of the financial impropriety.

In the backdrop of the highest ranking officer of the previous government being remanded for alleged misappropriation of funds, the public sector now refers any issue to the Attorney General for deliberation before approving.  Whilst this is a good practice it slows down the implementation process.

In my view we have to reconstitute Government processes and make them more market-driven so that we can speed up implementation. But first we must live the ethos of governance. We have to regain the confidence of the private sector which has serious reservations when having to work with the public sector.

I know of seven global advertising agencies that prepared for over two months for a pitch and then the project was abandoned. At each agency many had invested over Rs. 20 million on the work done. The loser today is not the ad agencies but Sri Lanka which has lost the chance to tell the world we are contemporary. We have to address these issues if we are to drive Sri Lanka as an enterprise. We have to understand the reality at the ground level. If not then once again in 2019 we will be discussing an implementation percentage of 25%.

In a survey conducted prior to the Budget, a key area of focus was the increasing costs of essential items in 2016. Almost 67% of the people had mentioned that the number had increased and it must be addressed in Budget 2018.

The announcement on the reduction of commodity prices of essential items on the day prior to the Budget was welcomed by the people given the changes to the purchasing power at the household end.

The third quarter report by AC Nielsen reports that for the third quarter running consumption has declined. A point to note is that this is the first time in the last four years Sri Lanka has seen this issue.

In Q1 of 2017, overall consumption declined by 3.2%. In Q2 the decline was 2.5% whilst in Q3 the number has increased to 3.6% which is a trend that has to be arrested. If this reality is not picked up, the theme ‘ Enterprise Sri Lanka’ will just be a theme that has not connected with the vibe of the people.

If one does a deep dive into the food and beverage, personal care and household sectors separately, the numbers once again are similar. What is worrying is the personal care segment. Normally people do not change their behaviour over personal care such as the shampoo used or the aftershave that one applies. But we see a change in behaviour taking place in 2017 quarterly which has to be addressed.

Whilst the positivism of the theme ‘ Enterprise Sri Lanka’ is so apt that we can see some tech companies in the top 20 businesses in the near future, firstly the ground realities must be addressed so that Budget 2018 can become a reality.

(The writer is the first Executive Director of the National Council for Economic Development, Ministry of Finance/Presidential Secretariat. He is currently the CEO and President of a global property development company).