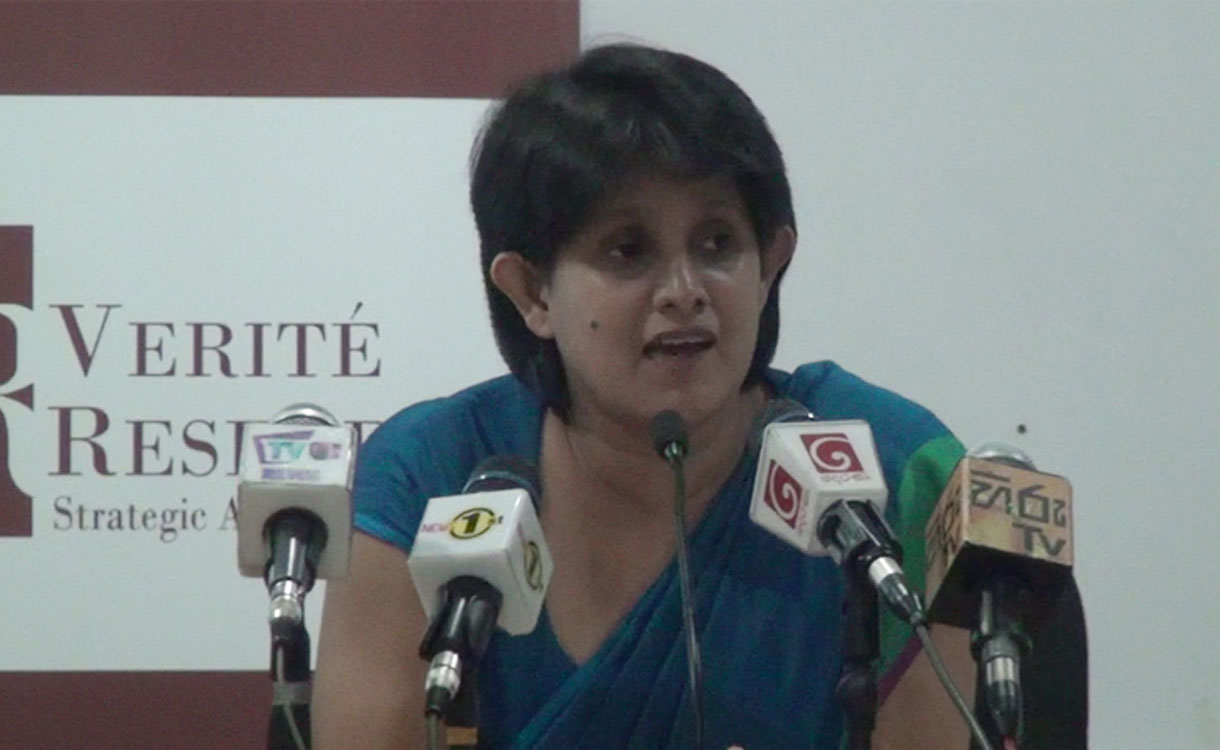 Budget 2017 has scored better on transparency than implementation, with 22% of proposals making substantive progress and only 8% fulfilled while almost a quarter have been broken, but managed to improve on information disclosure in the second half of the year, think-tank Verité Research said yesterday.

Verité Research released the full details of 37 budget promises above Rs. 1 billion (totalling Rs. 116.9 billion) which they tracked for a year, on Wednesday. Verité Research Director Subhashini Abeysinghe and Assistant Analyst Nilangika Fernando, presenting their year-end evaluation, noted that a substantial gap existed between pledges and delivery in all Budgets under successive Governments, and that Verité Research had made an effort to understand the dynamics of the 2017 edition to promote credibility.

“When we looked at agriculture and education Budget allocations since 2007, it is clear that in most years, actual expenditure is less than what was promised. For example, in 2013, agriculture and irrigation expenditure was 40% less than what was promised. However, it is interesting to note that in election years, Governments spend above what was pledged to gain votes,” Abeysinghe said.

The duo observed that better planning and target setting was essential for the Government to gain credibility for its Budget and improve public support for its taxation policies. As much as 46% of the Budget proposals tracked by Verité fell into the Undisclosed, Broken or Poor categories, which accounted for Rs. 61.5 billion worth of proposals. The projects that were partially or completely fulfilled accounted for Rs. 55.4 billion.

“It is not a crime if proposals are not implemented. It could be that other priorities required these funds, or there were procurement delays, but it is important for the public to see the Budget as a credible process. If people know what their money is being used for, then there would be less aversion to avoid taxes. When Governments make promises and fail to deliver, they lose the trust and faith of the public,” she added.

In 2015, the Government spent 14% more than promised for agriculture, and 6% more for education, but in 2016 agriculture expenditure dropped by 33%, while education spending decreased by 29%. Budget 2017 also showed that Government priorities had largely remained mixed, with infrastructure and populist measures nosing ahead of economic promises.

“Proactive disclosure of information remains a significant challenge. In several instances, we observed that Ministries and departments are willing to share information with each other, but are reluctant to share the same with the public. This is a culture that is inbuilt, and the public sector will need more time to understand the importance of transparency,” Fernando said.

Nonetheless, the Government’s information disclosure has improved from the six-month assessment done by Verité in October, when 51% of proposals had no information. At the end of the full year, Budget 2017 transparency had improved with only 11% closed, 27% restricted and 11% uncooperative. The share of responsive agencies had increased to 16%, and openness had expanded to 35%. Abeysinghe and Fernando acknowledged that all departments and Ministries provided some form of response to their queries, though the information was at times not what was requested or useless.

The Information and Communication Technology Agency (ICTA), Fisheries Ministry, Department of National Budget and Presidential Secretariat were the most responsive institutions.

Reports on Budget proposal implementation, such as those complied by the Department of Project Management and Monitoring, were also fragmented, with different promises evaluated in different quarters, making tracking virtually impossible. Nonetheless these reports also give reasons as to why promises are not implemented, pointing out inadequate planning, limited resources and ambitious targets as the main reasons.

“It is clear from these reports that the Government is aware of the bottlenecks, but continues to struggle to infuse better planning and goal setting in annual Budgets,” Abeysinghe stated. 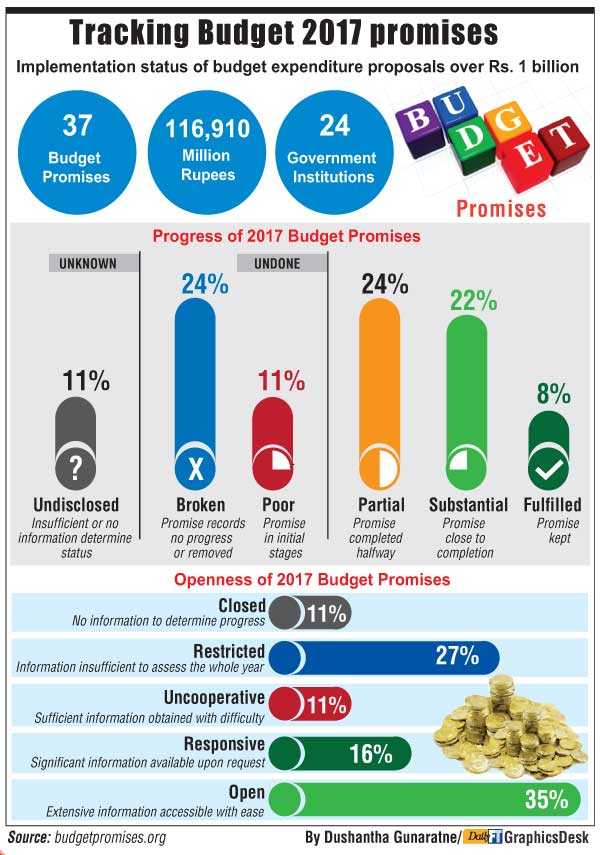