Budget Promises For 2017: To What Extent Have They Been Kept? 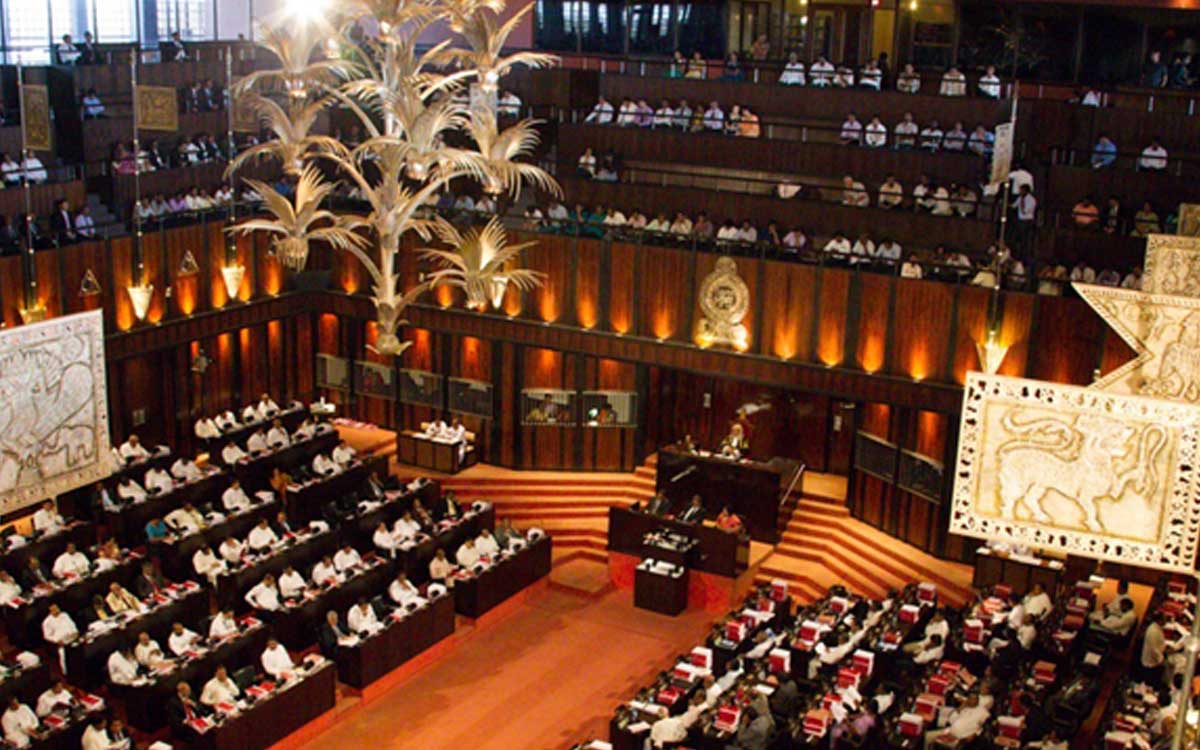 On November 10, 2016, former Minister of Finance Ravi Karunanayake stood up in parliament to deliver the annual Budget Speech, just as his predecessors did before him. With the theme ‘Accelerating growth with social inclusion,’ this was the 71st budget plan of Sri Lanka since independence, and, as always, a number of pledges were made by the government to the people of the country. But just how many of these promises have been kept, and to what extent? How informed are the citizens of the progress made by these proposals throughout the year? And how have the budget promises for the year 2017 fared? Have there been enough funds allocated for healthcare? Is the proposal to establish an EXIM bank a good thing? Is that carbon tax on motor vehicles feasible? These and a thousand other heated questions followed in the wake of the 2017 annual Budget Speech. However the hype generally dies down after some time, and the public is rarely aware of how the government is progressing—or if they are progressing at all. Image courtesy: blog.dzone.lk

These are some of the questions which pioneering online platform Budget Promises set out to answer when it was set in motion last year. Launched by think tank Verite Research, the platform keeps tabs on the proposals stated in the 2017 Budget Speech with the aim of tracking two concepts:

The study covered 36 of over a hundred pledges made in the Budget Speech for 2017 and focuses on proposals which were given allocations of more than one billion rupees. Unsurprisingly, the results do not look very promising.

Their research has revealed that nearly a quarter of the budget promises made for the year 2017 have been broken, while only 8% of them have been completely fulfilled. It further emerged that:

The research results seem to validate the government’s reputation for not staying true to the promises it made. Information: Verite Research

Quite unexpectedly, we fare slightly better with openness than we do with implementation, with the status of 35% of the budget promises being readily accessible online, and 16% divulging a significant amount of information upon request. That said, we can see that there are still miles to go before we can achieve complete transparency, as the status of:

How transparent is the government when it comes to the progress of its budgetary commitments? While they have quite a reputation for not sharing information, there were a few organizations who did respond to requests for information on time—the Informations and Communication Technology Agency, the Ministry of Fisheries and Aquatic Resources Development, the Department of National Budget, and the Presidential Secretariat. Information: Verite Research

What Does This Say About Our Government?

When it comes to our National Budget, it is clear that a significant disparity often exists between the funds promised by the government for certain avenues and the funds actually allocated to them.

For instance, while the Minister of Finance proposed an allocation for rupees one billion for a building in Jaffna, the project was canceled due to the funds being re-allocated for weather-related emergencies. While this is probably a case of poor planning and implementation methods, as opposed to willful deception (many other proposals were also left without funding due to reallocation for weather-related emergencies), it is still a broken promise on the part of the government.

Another example was the much talked about pledge of rupees five billion to equip Advanced Level teachers and students with tablets. This project has seen poor progress, with only 40% of the project making any headway.

The establishment of an EXIM bank, which has been proposed for quite a few years now, also never got off the ground for yet another year, this time due to lack of funding. Finance Minister Mangala Samaraweera finalizes the 2018 Budget contents. The government has a reputation for making grand promises to the public. Quite a number of these never get off the ground due to unrealistic goals and poor planning. Image Courtesy: Newsfirst.lk

However, this does not seem to be a problem confined to only this government. Research exploring the gap between proposal and delivery from the year 2007 to 2016 in two expenditure avenues—agriculture and education—have revealed large shortfalls when it comes to allocating the funds promised. For instance, in the year 2013, funds for agriculture were cut by a whopping 40%, while in the year 2016 it was cut by 33%.

Research Director of Verite Research, Subhashini Abeysinghe said, “This is obviously not an issue unique to only this government. This is a perennial problem, and has been the case continuously with every successive government.”

Abeysinghe also pointed out an interesting trend in the results—that in some cases, the expenditure allocated actually exceeds the expenditure promised during or close to election years. The year 2015, for example, which was the presidential election year, saw the budgetary allocation for agriculture increase by 14%, and education increase by 6%. This suggests that the government can better live up to its promises when given enough incentive.

“We are allowing the government to deceive the public for political mileage, and then get away with it without being questioned or held accountable,” she said.

Why Keep Tabs On Budget Promises? Why should we monitor budgetary commitments? A lack of public awareness allows the government to silently renege on their promises and get away with it. However, the government’s money is the taxpayers’ money, and the public has the right to know if their money is being utilized in the ways it was promised it would be. Image Courtesy: Nation.lk

As it has been for time out of mind, the annual Budget Speech is generally the center of much attention. The weeks preceding it abound with speculations, while the time proceeding it sees a frenzy with everyone from the media and business communities, to academics and politicians, scrambling to dissect it from end to end. Despite that, the hype around the budget gradually declines as the year progresses, and by the time November rolls around again, it is often seen that the amount of money actually allocated to certain avenues is much less than what was initially promised. By then, however, most people are too busy focusing on the new budget to give much thought to the old one.

Here is why is it so crucial that we should be able to answer these two questions: On the 9th of November last year, current Finance Minister Mangala Samaraweera presented the Budget Plan for the year 2018, and as always, several proposals were made spanning sectors from Health and Education to Agriculture and Irrigation. It remains to be seen if these promises, like most others, were just made to be broken. Image courtesy: newsfirst.lk

According to Nilangika Fernando, Assistant Analyst at Verite Research, this issue of blatantly reneging on promises happens because there are no checks and balances throughout the year. “This, in fact, may be a demand and supply issue as well. What we are trying to do is cover the demand side.”

However, Abeysinghe pointed out that while it is important for a government to keep its promises, it is not a crime to be unable to meet certain goals. “There can be a hundred different valid and acceptable reasons for failing to implement a proposal,” she said, citing unexpected disasters like floods, delays by procurement and certain time-consuming requirements like land acquisition. However, with so many serious concerns about the credibility of the government, she believes that being honest about their failure to keep promises will help them reduce tax evasion and build credibility and trust in the minds of the public. “We strongly feel that if the government is very honest and very transparent about what they are doing with the taxpayers’ money, more people will be willing to pay the taxes,” she said. “Lack of trust about how well they are spending the money could also be contributing to tax evasion. Being honest can actually be rewarding.”

As citizens of Sri Lanka, it is our duty to monitor the government’s actions, but with information often so restricted and inaccessible, this could be difficult. This is where Budget Promises steps in and tries to address this gap. If you want to know more details about the country’s 2017 budget promises and how they fared when it came to progress and openness, visit their website Budget Promises; Beyond Parliament and tap into their findings and research.