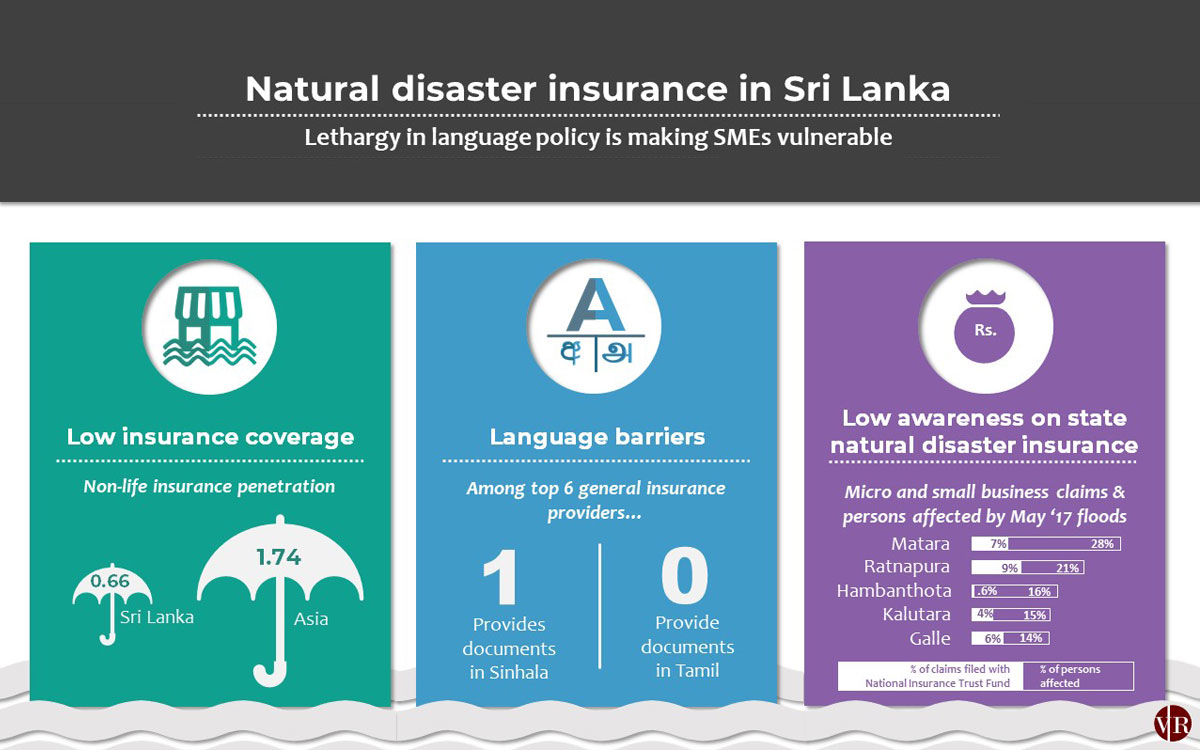 Jun 15, 2018 (LBO) – Sri Lanka’s top five general insurance providers which account for two-thirds of the market share, is seem to exploit the language barrier as none of them issue insurance documents for certain policies in Sinhala and Tamil, a recent research showed.

The research study conducted by Verité Research has found out that solving the lethargy on language policy will help SMEs Island-wide when it comes to natural disaster insurance in Sri Lanka.

SME owners who were affected by the May 2017 floods in the Ratnapura district, were of the view that they had purchased natural disaster insurance through agents representing private insurance companies.

“However, they realised that they had been misinformed by the agent selling the insurance only after the disaster, when they attempted to claim their compensation,” Verité Research said.

“The SME owners had not been able to verify the assurances provided by the agents as the documents they signed were exclusively in English.”

The English literacy level is substantially lower in the regions outside the western province and it exposes the vulnerability of regional and rural business to potential exploitation by insurance agents.

“Generally, these agents are not direct employees of insurance companies,” Verité Research highlighted.

“These agents are incentivised to sell as many insurance policies as possible as remuneration is based on the premiums collected and the number of new enrollments.”

The availability of fire insurance policy documents in all three languages of selected insurance companies is illustrated below.

According to Verité Research, all selected companies have reported that the documents were readily available in English but only People’s Insurance supplied the documents in the Sinhala language. 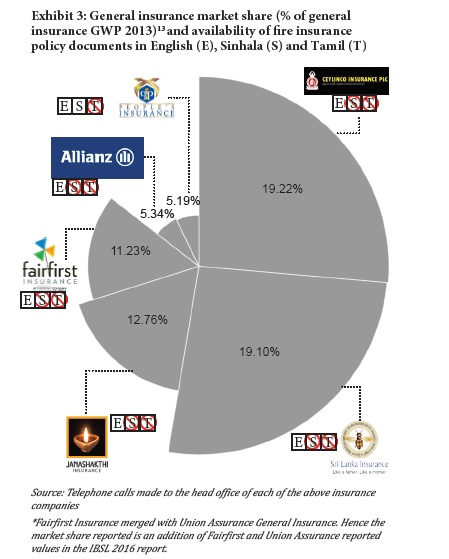 “Regulations in the banking sector have addressed the language policy problem by issuing a direction to all licensed commercial banks, specifying that the terms and conditions of banking products and services shall be made available to customers in their preferred language,” Verité said.

“As of yet, there is no equivalent regulation in the insurance industry requiring companies to provide insurance documents in a customer compatible Sri Lankan language.” 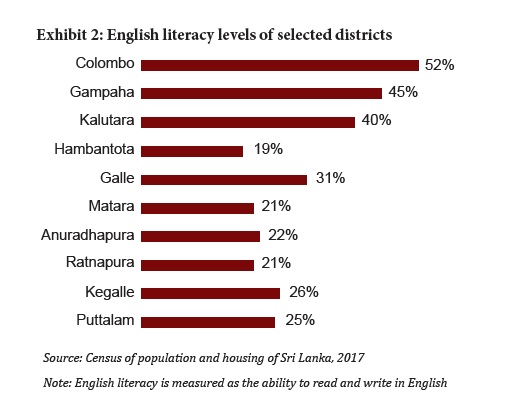