Enforced disappearance in Sri Lanka: Past, present and future 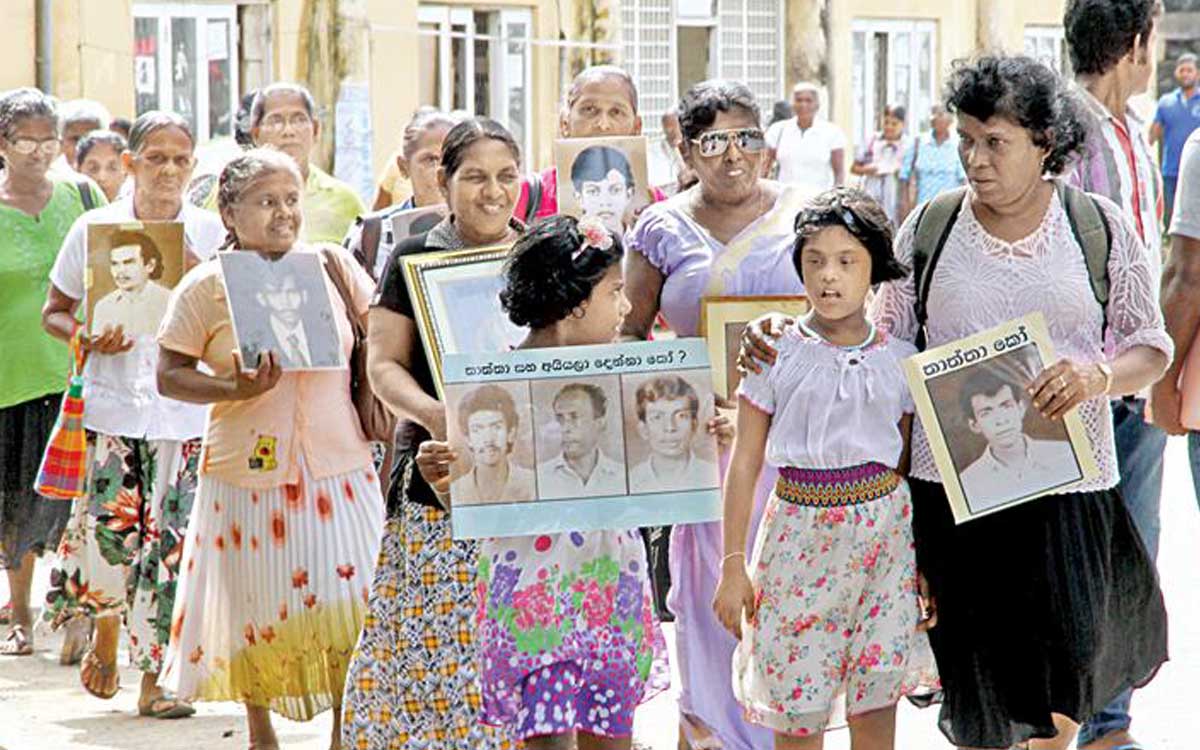 Family members of the disappeared in a protest march – File picture 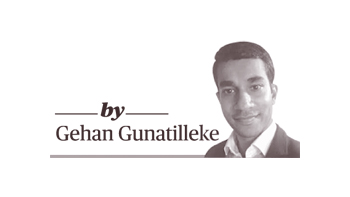 Few countries in the world can rival Sri Lanka’s legacy on enforced disappearance. Simply defined, an ‘enforced disappearance’ takes place when an agent of the state takes a person into custody, and subsequently refuses to disclose the fate or whereabouts of that person. Few communities in Sri Lanka have escaped experiencing the effects of this phenomenon.

It has remained indiscriminate in terms of ethnicity, religion and political affiliation. Enforced disappearance haunts our past, blights our present, and threatens our future.

We simply do not know how many people have been subjected to enforced disappearance in Sri Lanka. Past commissions have received more than 20,000 complaints about the disappearance of persons during the armed conflict between the state and the LTTE. The JVP insurrection in the late 1980s saw at least as many disappearances, if not more.

But we inflict a strange cruelty upon the families of the disappeared whenever we quote these statistics. Apart from the indignity of watching helplessly as perpetrators roam free, and waiting hopelessly as politicians promise answers, these parents, spouses and children suffer the additional pain of having their loved-ones being reduced to mere statistics.

Enforced disappearance is a deeply personal affront to human dignity. Its egregiousness lies not in numbers, but in the highly individualised trauma of not knowing what happened to a loved-one.

The fact that thousands of individuals endure such trauma should not desensitise us to their individual experiences, nor devalue their individual stories. As we reflect on Sri Lanka’s dark history of disappearance, it is perhaps better to focus on the stories.

The thousands of complaints made to numerous past commissions should not be reduced to mere statistics, but amplified through every possible means, so that all of Sri Lanka is compelled to confront the human suffering behind each enforced disappearance. Ultimately, the voices of victims, and their personal stories, should define the legacy of enforced disappearance in Sri Lanka.

The question remains as to whether these new laws can genuinely help victims of the past. It is certainly hoped that the OMP will offer families some long-awaited answers. Yet, much to the disappointment of these families, the new Enforced Disappearance Act does not appear to have retroactive effect. However, the new law should not become a means of telling victims to ‘move on’ due to its ostensibly prospective nature.

On the contrary, it has the potential to deliver justice due to the ‘continuing’ nature of the new offence of enforced disappearance. Refusing to disclose the fate or whereabouts of a missing person remains a central element of the new offence.

Thus, even if a person went missing prior to the enactment of the new law, the offence can ‘take place’ at a later stage once all elements are satisfied.

For example, if a person went missing in 2010, but a state official formally refuses to disclose his fate or whereabouts today, it is possible to investigate a potential enforced disappearance today.

The continuing nature of the offence thus makes the new Act relevant to the families of those who have disappeared in the past, and whose fate and whereabouts are being actively concealed today. It is crucial that families test the bounds of the new law and push for progressive interpretations that will enable at least some perpetrators to be brought to justice.

Such opposition is completely understandable, as many families want state-guaranteed justice, not state-sponsored museums.

However, discussions on disappearance have become confined to the echo chambers of civil society, and have failed to reach the wider, often indifferent, Sri Lankan public. Shifting conversations from statistics to stories is not enough if only a few hear those stories. In this context, memorialisation can become a powerful tool of resistance.

Public memorials can convey the collective nature of human experiences. In the case of enforced disappearance, a memorial can compel those who have not directly experienced the phenomenon to acknowledge its impact on the lives of others. It can blur the line between victims and the rest of society, and generate a sense of public empathy.

Such empathy is vital to generating the public demand necessary for sustaining political commitment towards accountability and non-recurrence. Political leaders are more likely to advance justice when it is under girded by such public demand. At present, only a few invested parties hear the voices of victims, or attend their events. The wider public is afforded the luxury of indifference.

An official memorial dedicated to all victims of disappearances could, over time, transform this indifference to empathy, and such empathy to a genuine demand for justice.

Sri Lanka’s experience of enforced disappearance transcends time. The trauma of the past still haunts the present, and the continuing blight of impunity today threatens future non-recurrence. On 30 August 2018 – the international day of the disappeared – the world will spare a thought for Sri Lanka.

Conversations about memorialisation must facilitate resistance, not mere resignation. Through such a transformed discourse, perhaps one day, enforce disappearance in Sri Lanka will truly become a thing of the past.