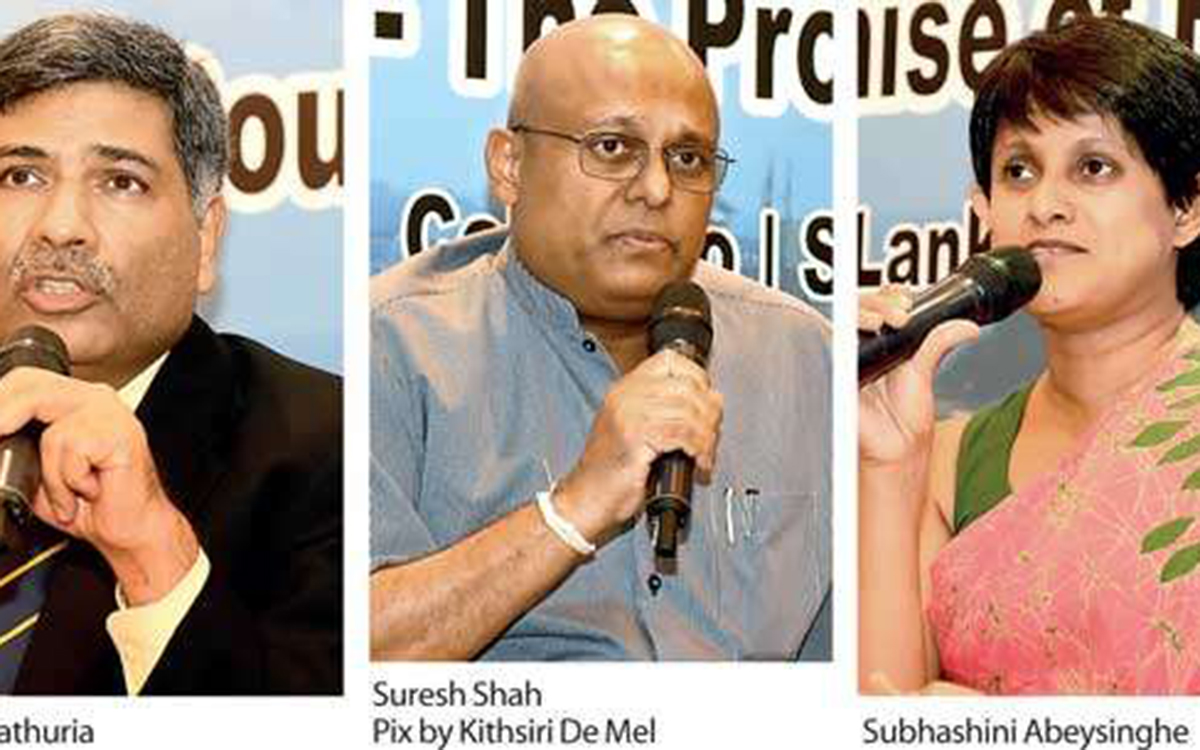 The largely uncompetitive local industries and corrupt bureaucrats are exploiting the public perception to delay trade liberalisation and the necessary reforms for their personal gains, as the government and academics have so far failed to engage the public in a policy dialogue to properly communicate the benefits of free trade.

Joining a panel discussion yesterday at the launch of the World Bank Group’s regional trade report titled ‘A Glass Half Full, the Promise of Regional Trade in South Asia’, in Colombo, Verité Research Director Research Subhashini Abeysinghe said it remains very difficult to convince Asians of the benefits of free trade and open borders.

“The domestic industries in South Asian countries work together with politicians and political parties, supported by the general perception of the people in this part of the world. I don’t see South Asians embracing open borders.

If you go beyond urban areas of Sri Lanka, you know the people are very socialistic in the way of thinking and they are very sceptical of benefits of open trade and open borders.

Hence, you have a population that can be easily exploited saying that it’s your patriotic duty to protect the local industries, even though you have to pay a very high price for low-quality products.”

Launching the report, World Bank Lead Economist and South Asia Regional Integration Coordinator Dr. Sanjay Kathuria pointed out that the trade barriers, combined with poor connectivity, have hindered Sri Lanka’s exports to South Asia, which can be more than doubled with better connectivity and removal of trade barriers.

According to the report, the actual value of Sri Lanka’s exports to South Asia stands at US $ 1.2 billion but the potential value is estimated at US $ 2.8 billion.

“The US $ 1.6 billion gap between the two is equivalent to 15 percent of Sri Lanka’s total global exports. Closing the gap will not only enhance but also help diversify Sri Lanka’s trade,” he noted. Dr. Kathuria also emphasised that lack of connectivity has limited the consumer to enjoy goods at the best available prices in South Asia, despite the close proximity. Drawing an example, he pointed out that a basket of eggs (12) is priced at US $ 1.23 in Colombo, while it’s only US $ 0.91 in New Delhi and the consumers in Colombo pay one of the highest prices for a kilo of potatoes among the major cities in the region, which is at US $ 1.03, while it is only priced at US $ 0.3 in New Delhi.

However, he stressed that trade liberalisation is only part of the equation, while several other reforms need to be carried out to mitigate the adverse impacts from a sudden liberalization of markets.

“It’s not about doing one thing. There is a whole set of steps that we need to take. Unless we carry out all those reforms, addressing one issue is going to make it worse than better. So, we have to be very careful how we address that,” he said. Commenting on the popular notion among Sri Lankan businesses that the Indian market is impossible to expand into, Shah said that understanding complexities is vital in India, which is similar to India, while in the long run, the business which expands could collect a big reward, given the size of the market.

Speaking of the delays in the government’s reform agenda, Abeysinghe pointed out that there’s a large resistance from the bureaucracy in bringing down excessive regulation and simplifying government procedures as the bureaucrats are not willing to give on their privileges and other benefits.

“Colombo has an amazing maritime connectivity, which will allow Sri Lanka transport goods faster and cheaper to many of the ports in the Indian subcontinent. Unfortunately, we were not able to unleash these things, largely because of red tape, archaic regulations and resistance from the bureaucracy to change,” she added.

She highlighted that the best chance of implementing reforms is somehow aligning the self-interest of the politicians to the interest of the public, with better communication strategies.

She noted that around 80 percent of the population who speak in Sinhala and Tamil remain left out from the trade policy debate and discussion as almost all of the literature, as well as the policy documents, are not being available in the two languages.

She further said that due to poor communication, academics and the government have failed to communicate to the public the link between protectionist policies and poor government services to high cost of living and hence, the business interest groups have been able to exploit this to their personal gain.

As the public don’t demand these reforms, she pointed out that the politicians, who are interested in the next election, are easily swayed towards populist measures.

The air services liberalization between India and Sri Lanka in 2003 and 2011 has lowered costs, increased passenger traffic and the volume of air cargo, serving as a potent example for the rest of South Asia.

World Bank Lead Economist and South Asia Regional Integration Coordinator Dr. Sanjay Kathuria highlighted that the number of flights between Sri Lanka and India has increased to 147 flights weekly and since 2005, India has been the biggest source of tourist arrivals in Sri Lanka, which has been tripled from 113,323 in 2005 to 356,729 in 2016. He said that air services liberalisation is a less resistant way to improve the connectivity in the South Asian region.  “Given the region’s complicated history, size asymmetries and a trust deficit, policy shifts need to be implemented gradually. Air services liberalization entailed small steps backed by persistence, which cumulatively made a substantial impact,” he said.  According to the World Bank’s regional trade report launched yesterday in Colombo, bilateral air connectivity between India and Sri Lanka is the best in South Asia, which is a result of the progressive liberalisation of air services between the two countries.

Dr. Kathuria advised the two countries to spur more competition on the routes in order to maximize the gains from the air services liberalisation.

The regional air connectivity within South Asia remains restricted, including between capitals.