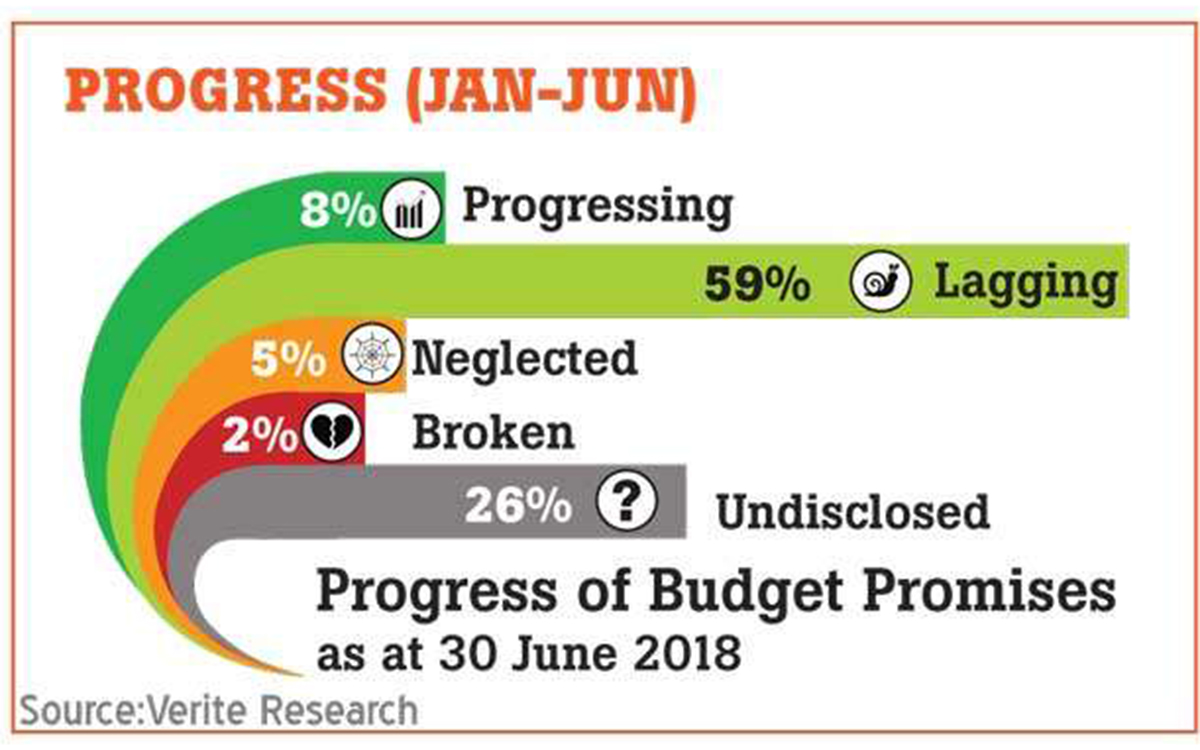 The government has yet again failed to implement the vast majority of the budget promises, even with an ‘Implementation Unit’ which was supposed to have been established under the Finance and Mass Media Ministry to specifically track the progress of the budget proposals and report on them.

With only 8 percent of the promises made in the 2018 budget being fulfilled, or making some progress, within the first half of the year, an analysis of the budget proposals and their status suggests that the Implementation Unit has not fulfilled its duties.

The unit was responsible to monitor the implementation of the proposals and make available to the general public a progress report on a monthly basis.

While no such report has been released since the establishment of the unit, economic think-tank Verité Research shared with reporters yesterday that in their efforts to update an online budget tracker platform, budgtepromises.org, the Finance Ministry’s National Budget Department had told them that no such unit exist.

According to the National Budget Department, those requiring information regarding the progress of the budget proposals must file a Right to Information (RIT) application to relevant ministries as no compilation is being done at the Finance Ministry.

Meanwhile, Verité Research said the progress reports forwarded by individual ministries, in the absence of the Implementation Unit, were lacking consistency in tracking and reporting of any progress made on relevant budget proposals.

The think tank also pointed out that despite filing RTIs, not all the ministries were keen on sharing any progress reports.

With regard to the fulfillment of the 2018 budget promises for the period from January to June, 59 percent of the proposals are lagging, 5 percent neglected, and 2 percent broken. The status of the remaining 26 percent of promises remains undisclosed by relevant government authorities.