Experts warn of gaps in disaster preparedness; urge for a more proactive framework 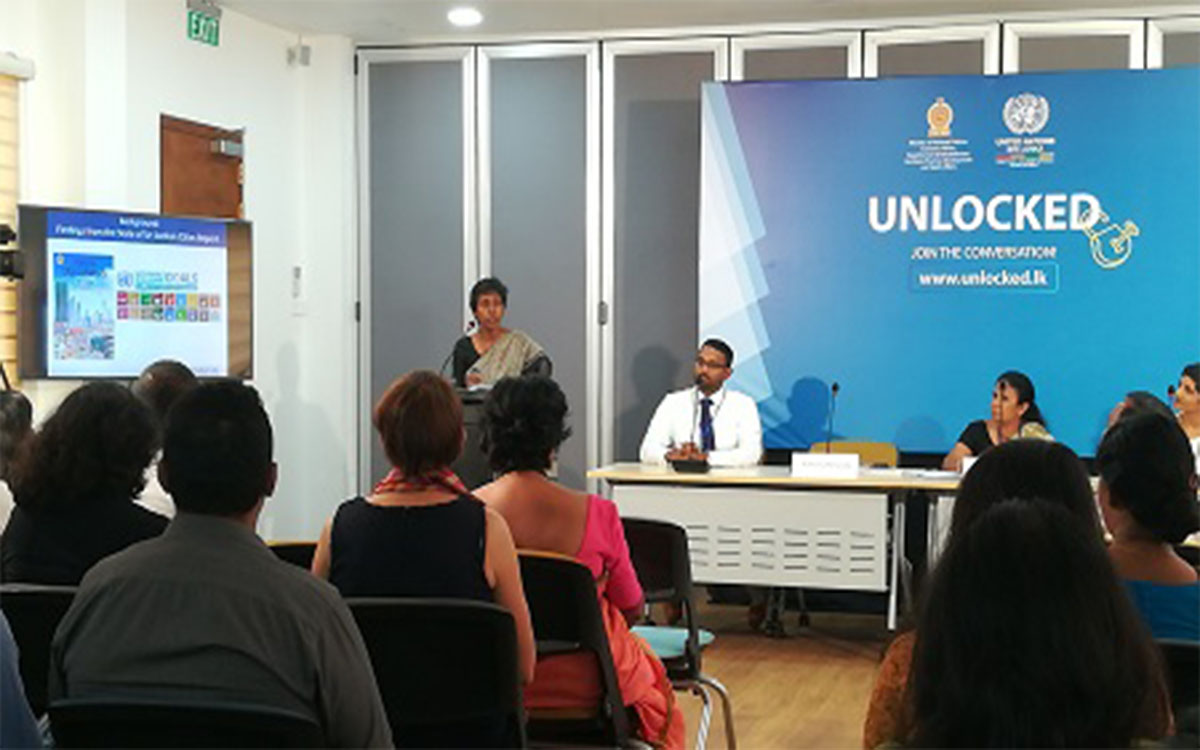 The National Council for Disaster Management (NCDM), the countries apex body for disaster management has only met 13 times since it’s inception in 2005. The critical decision making body is expected to meet four time each year.

The revelations came during a panel discussion to mark the launch of “UNCLOCKED” a UN initiative with local government and non government partners.

“UNLOCKED” an open and inclusive platform to support Sri Lanka’s Policy Making was jointly launched last Monday by UN in Sri Lanka and together with the Ministry of National Policies and Economic Affairs.

Ashani Basnayake, Research Associate at Verite Research pointed out during discussions that inspite  of a statutory requirement to meet four times a year, NCDM never sat the  4 sittings per year since its inception.

The NCDM was established under the Sri Lanka Disaster Management Act No. 13 of 2005 and brings together the President, Prime minister, opposition leader, 25 ministers and 9 provincial governors to take key administrative decisions which are aimed at building disaster resilience, risk management and disaster preparedness.

According Basnayake, the only year it was close to achieving the yearly target was in 2011, when they met three times out of the required four.

According to the Disaster Management Act, the body is required to meet once in three months and with a quorum of 1/3rd membership. Basnayake expressed concern that administrative failures such as the irregular nature of NCDM meetings and poor attendance can put the country at risk. The panel discussion was on the topic of Urban Resilience and Disaster Risk Management.

Speaking at the launch she pointed out the need for constructive, evidence-based solution which came from  diverst stakeholders when formulating policy.

Any interested party, like academics, think tanks, social movements, NGOs can provide feed back or send in content which will be screened and uploaded for discussion.

“UNLOCKED could play a vital role in bridging the gab between the public and the policy makers by serving as a citizen-centric forum for policy making” said Mr V. Sivagnanasothy, Secretary to the Minister of National Policies and Economic Affairs.

The panelist hoped that by ‘unlocking the door’ to the NCDM with UNLOCKED, the public and collectively break the cycle of reactivity in Sri Lanka’s disaster management framework and make it proactive, efficient and preventive.