Un SDG on Gender Equality and Women Empowerment Unlikely to Be Fulfilled by SL: Study 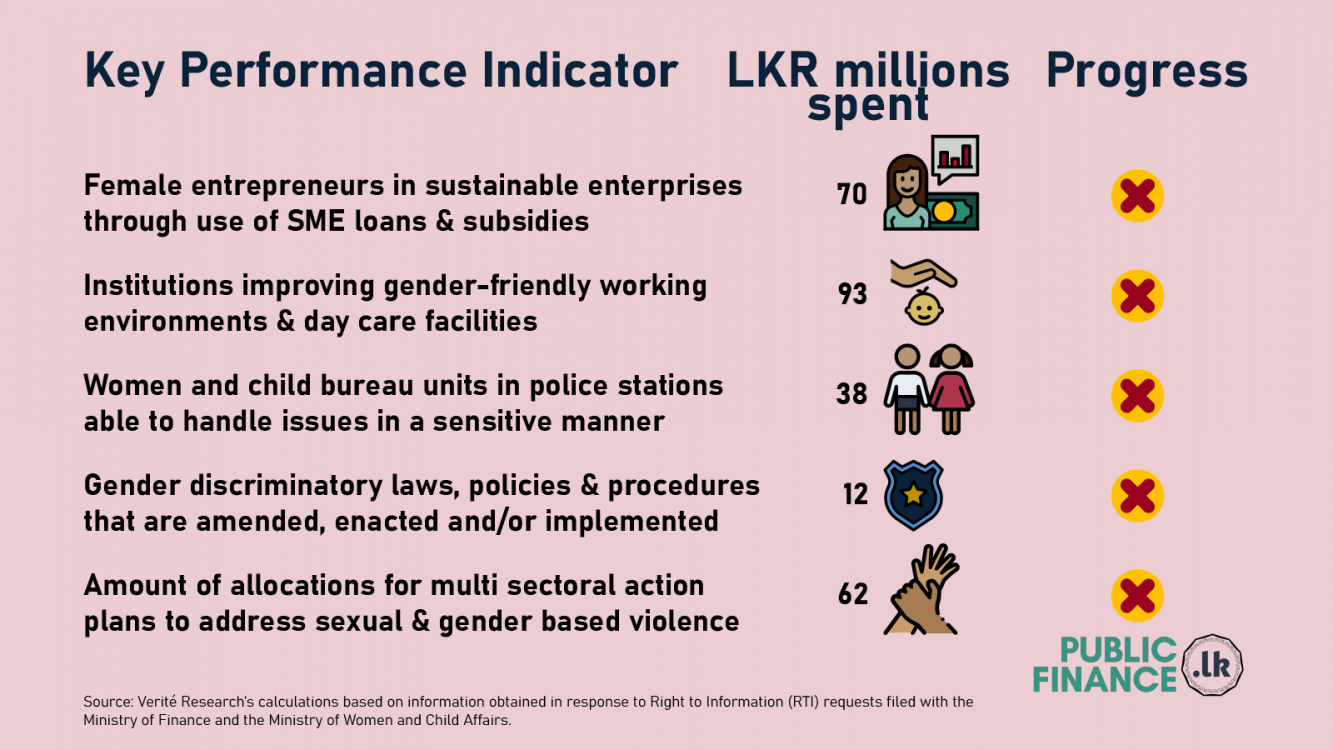 Published in the Daily Mirror

Sri Lanka is unlikely to realize by 2030 the United Nations (UN) Sustainable Development Goal (SDG) on gender equality and women empowerment as lack of monitoring and accountability hinders the ability in moving in that direction although initiatives have been taken to realize the goal.

A study carried out by Colombo based economic think-tank Verité Research showed that the country’s performance in enhancing gender equality has continued to be poor in the past decade. The 12 Key Performance Indicators (KPIs) developed by the Ministry of Women and Child Affairs, to be line with Goal 5 of the UN SDG on gender equality and empowerment of women and girls, have not reached the required level of progress.

The study stressed that “insignificant progress” has been achieved by Sri Lanka in bridging the gender gap although concerns were raised by the relevant authorities and the government in addressed the pressing
socioeconomic concern.

Approximately Rs. 300 million have been spent so far on reaching the KPI, yet 10 of our 12 KPIs stad at ‘No Progress’ status, pointed out Verité Research.

“It is evident that there has been limited oversight and monitoring of the implementation of this initiative. There has also been little or no progress in the achievement of any of the KPIs,” said Verité Research in the report ‘Gender-Responsive Budgeting’ that was
launched yesterday.

It added that it is likely that the lackluster progress in the KPIs is attributed to the lack of monitoring and follow up.
According to the think tank, if there was an active effort to monitor progress, it would create a stronger incentive for implementing agencies to execute the directives that they are tasked with.

“It is evident that even a positive policy initiative will have limited outcomes for society if there is no effective monitoring and feedback mechanism, even within internal government agencies.

The issue of poor implementation due to the lack of oversight is aggravated by the lack of public disclosure on information pertaining to the progress of these KPIs,” asserted Verité Research in its latest report.

Furthermore, it stressed that the lack of public oversight on the manner in which public funds are utilised limits the ability of the public to hold public authorities answerable.