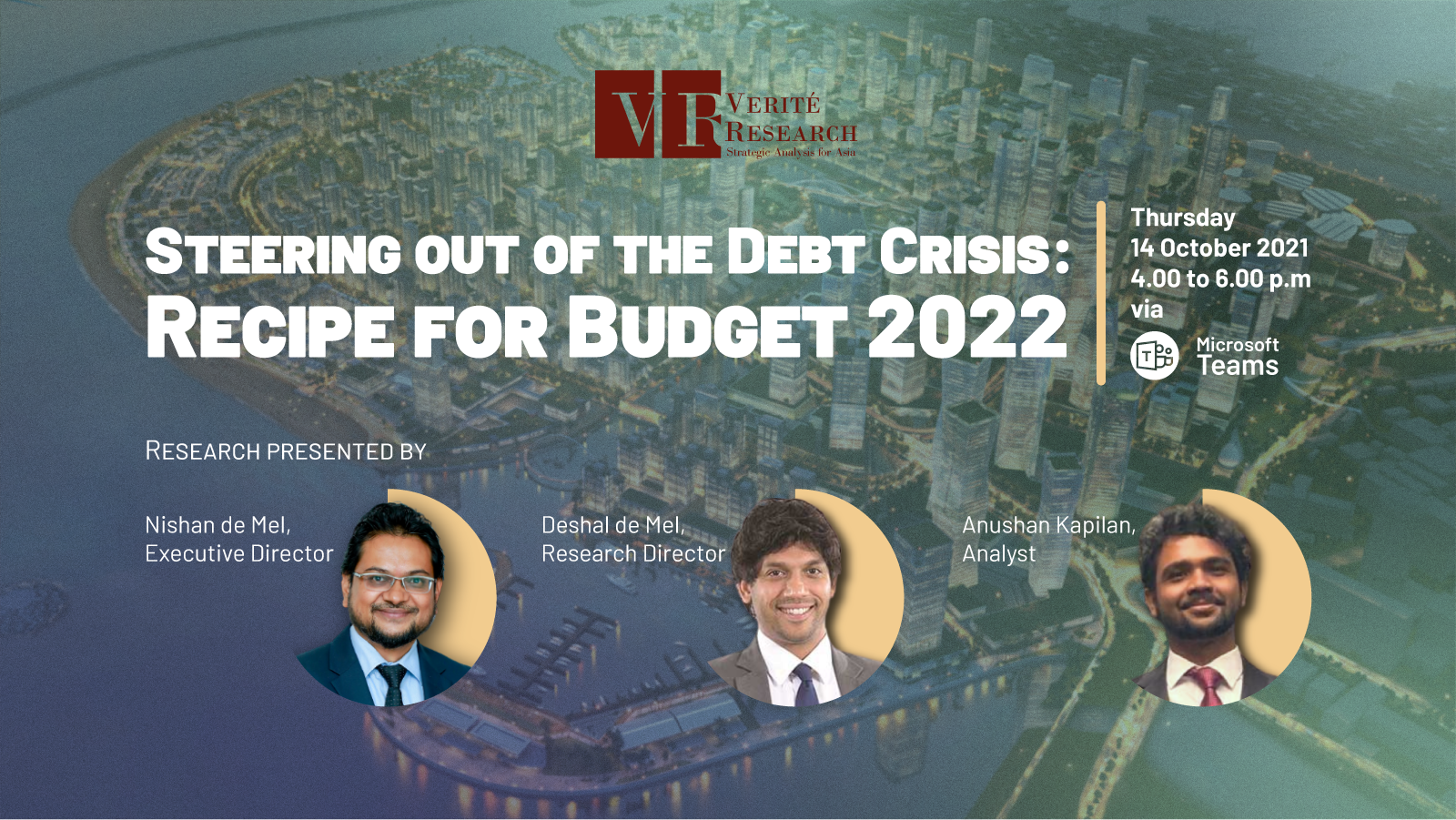 In view of the upcoming Budget 2022, Verité Research yesterday (14), during a webinar, proposed the Sri Lankan Government hold the value-added tax (VAT) rate between 8% and 10% next year, from the current rate of 8%.

The think-tank stated that VAT is necessary to increase the revenue of the Sri Lankan Government, which has taken a hit due to reduced tax revenue in the face of the pandemic and the galore of tax concessions as the newly elected President Gotabaya Rajapaksa announced in November 2019.

Verité further proposed the VAT rate be increased by 10-12% in 2023, and by 12-15% in 2024.
It was said that the Government of Sri Lanka (GoSL) could earn revenue through Pay As You Earn (PAYE) and personal income taxes. Increasing the maximum personal income tax threshold to 24% was also proposed.

For the year 2022, Verité proposed a reduction of the personal income tax-free threshold from Rs. 3 million to Rs. 1 million.

With regard to corporate tax, a three-tier corporate income tax structure is expected to be in place. Accordingly, its general structure was proposed to be at a general rate of 24%, and the concessionary rate needs to be carried as 14%.

A withhold tax on interest income was also proposed.

Meanwhile, the Inland Revenue Department (IRD) earned a tax revenue of Rs. 226.8 billion in the first six months of 2021, achieving 39.4% of the annual revenue target.

Speaking to us last week, IRD Commissioner General H.M.W.C. Bandara said the Department achieved 98% of its target for the first six months by collecting Rs. 226,854 million, and is optimistic of meeting the rest of the targets as well.

In September, addressing Parliament, Minister of Finance Basil Rajapaksa said that due to the Covid-19 pandemic, the Government had lost Rs. 1,600 billion in revenue that should have been received by Sri Lanka Customs, the Excise Department, and the IRD.

He said the VAT revenue received from the IRD reduced by 75% while expenditure remained the same.