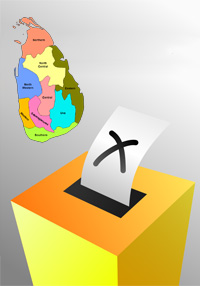 Three of Sri Lanka’s nine provinces, the Central (CP), North-Western (NWP) and Northern Provinces (NP), went to polls in September 2013. These provinces, when combined together, account for about a quarter of the island’s Sinhala and Muslim populations and over half the Tamil population. This report includes province time series analysis and cross cutting implications of the election results.