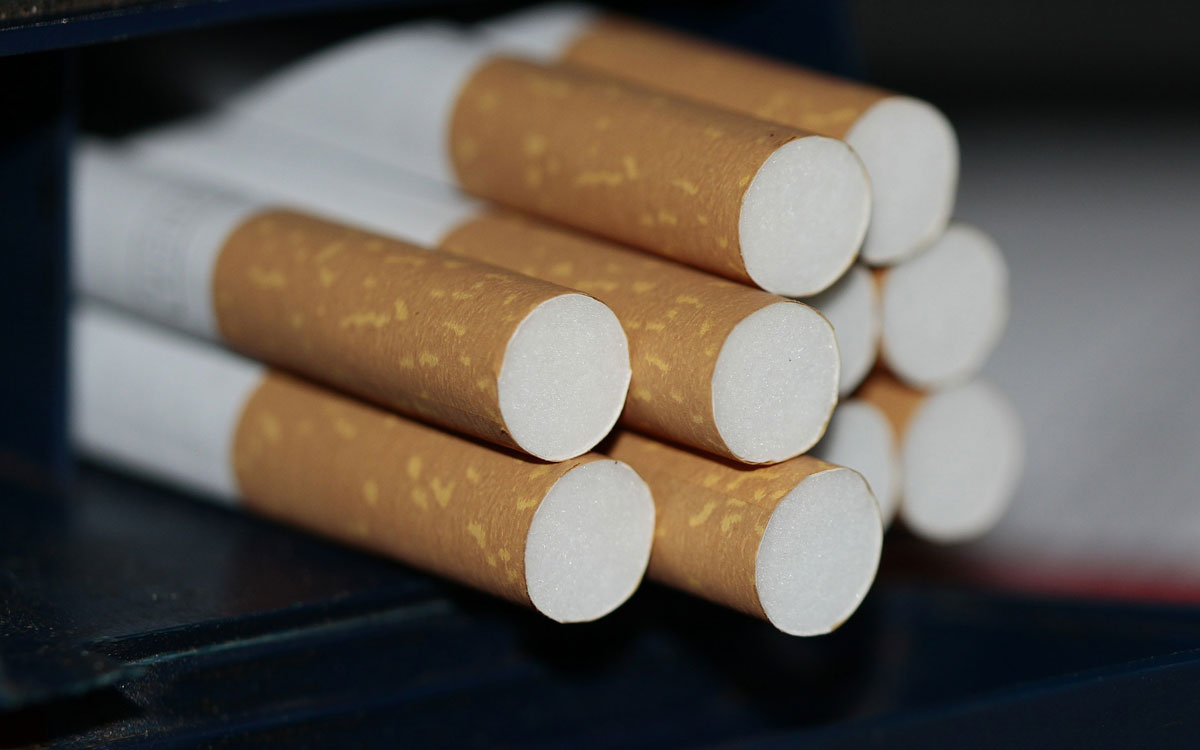 Every year, on the 31st of May, the World Health Organisation (WHO) and partners mark World No Tobacco Day. This day is set apart to highlight the health risks associated with tobacco use and to advocate for effective policies to reduce tobacco consumption. According to WHO “Tobacco kills nearly six million people each year, of which more than 600,000 are non-smokers dying from breathing second-hand smoke”.

This is not just a global problem but also a problem for Sri Lanka. Due to poor management of taxation not only have cigarettes become more affordable, but the tax share of the under-priced cigarettes has also declined. Two things have resulted from that: first, consumption of cigarettes have begun to increase (it went up by almost 10% in 2015). Second, potential tax revenues are being lost to government and transferred as income to the producer.

This is both a health issue and an issue of public finance for Sri Lanka. Therefore, the Sri Lankan parliament has a responsibility to oversee the taxation measures and address the bureaucratic discretion that is eroding the benefits of public health and public finance.

Tax adjustments are not meeting objectives

There are several forms of tobacco consumption in Sri Lanka, such as beedi’s and betal chewing. However, cigarettes remain the most significant vehicle for tobacco consumption in the country. The Ceylon Tobacco Company (CTC) has a monopoly in the production and sale of cigarettes; and can decide on price on its own without facing any competitive pressures.

The government of Sri Lanka sets the absolute rupee value of the tax on cigarettes through section 3 of the Excise (Special Provisions) Act, No. 13 of 1989. It is by setting the taxes that the government is able to drive up the price – because the company will then need to set the price above the tax.

That means, in Sri Lanka the adjustment of taxes achieves two objectives. It drives the increase in price and it also determines the portion of price collected in taxes. However, scrutinising the past data exposes a problem: the tax and price setting system for cigarettes in Sri Lanka has a serious flaw – it is ad hoc, unaccountable and failing to deliver on policy goals articulated by government.

Low taxation leading to low pricing is not a new problem. Even though the increase in the price of cigarettes kept pace with the increase in per capita GDP from 1981 to 2000, that is for twenty years, since then the taxes have failed to drive price in the same way. Figure 1 shows that the number of cigarettes that are affordable on per capita income has risen sharply since the turn of the century. 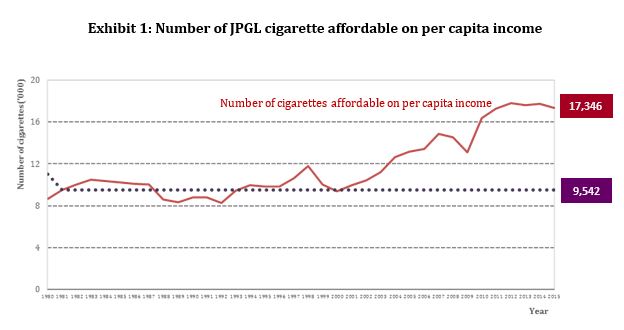 In 2015 the sale of cigarettes in Sri Lanka increased by almost 10%. The non-price trends with regard to cigarette consumption are towards reduction: with various health and education campaigns as well as the changes in packaging that discourage consumption.

But the effect of prices being relatively low in relation to per-capita income is a strong driver of demand (economists call this the income effect on demand). The failure to take account of the income-effect and increase prices proportionately has resulted in thwarting the policy expectations of reducing the consumption of cigarettes.

At the end of 2014 all taxes on cigarettes were streamlined to a single exercise tax, taking away the existing VAT and NBT on cigarettes. Therefore, while 2014-2015 excise tax rates look similar to the high points prior to 2005, in reality the total tax is still much lower. Prior to 2005 Sri Lanka had periods where the total taxes on a cigarette were above 80% target, which is what has been recommended to the National Authority on Tobacco and Alcohol by WHO economists. At present it is only 67.86% 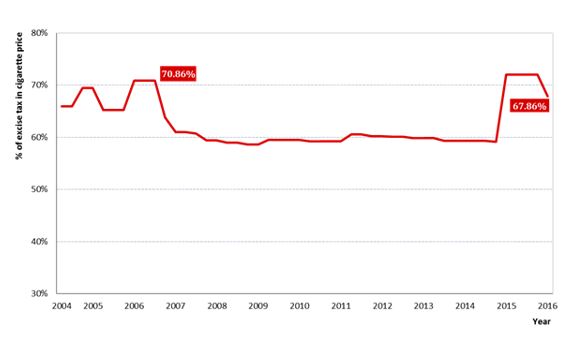 Consumers spend well over a 100 billion rupees purchasing cigarettes in Sri Lanka and there is space for much of that spending to accrue to the government as taxes; and also discourage further consumption in the process. The tax revenue opportunity is large because of the gap between the cost-of-manufacture and consumer-willingness-to-pay.

When calculated about two years ago the cost of manufacturing a cigarette averaged to around 1 rupee, but the current retail price of the most popular cigarette is 35 rupees. Given that almost 4 billion cigarettes are sold, setting taxes systematically is a matter in which 10s of billions of rupees in government revenue are at stake.

Yet, none of the relevant government institutions in Sri Lanka, from the Ministry of Finance, to the Treasury, to the Central Bank can demonstrate a coherent method or formula for the taxation or pricing of cigarettes. Analysis by Verité Research has repeatedly demonstrated a lack of systematic decision making in Sri Lanka’s history of cigarette taxation.

The application of official discretion on the taxation and pricing of cigarettes, therefore, can be very costly. It can be costly to government coffers and society, when the discretion is abused to reward CTC; and can be costly to CTC when the discretion is abused to apply untoward political pressure on the company. A transparent even-handed policy on taxation and pricing is not open to such abuse.

The formula should be monitored by parliament

This has been said before: the responsibility for the proper management of the country’s finances rests finally with the parliament of Sri Lanka. And yet, to date, the parliament has restricted itself to merely asking questions about specific pricing adjustments without calling for a clear and transparent method to be adopted for the pricing and taxation of cigarettes.

The analysis presented here shows that there are established fundamentals for a formula on the pricing and taxation of cigarettes, and that it can even be squarely justified on the historical averages in Sri Lanka, in addition to the policy guidelines of the WHO.

With new oversight committees being established in 2016, it’s an opportune time for parliament to step in on this important issue that involves a significant piece of government revenue, and has major health consequences.

The current exercise of political/bureaucratic discretion has led to disorder and disparities in the pricing and taxation of cigarettes, and the discretion remains vulnerable to abuse. A transparent formula adopted by parliament, and in keeping with government policy, can restore fairness, parity and order. All honest stake-holders should prefer this to the current practice. It’s time for the new oversight committees to take rise to their task.