Does the Sri Lankan media exploit parliamentary candidates during elections? 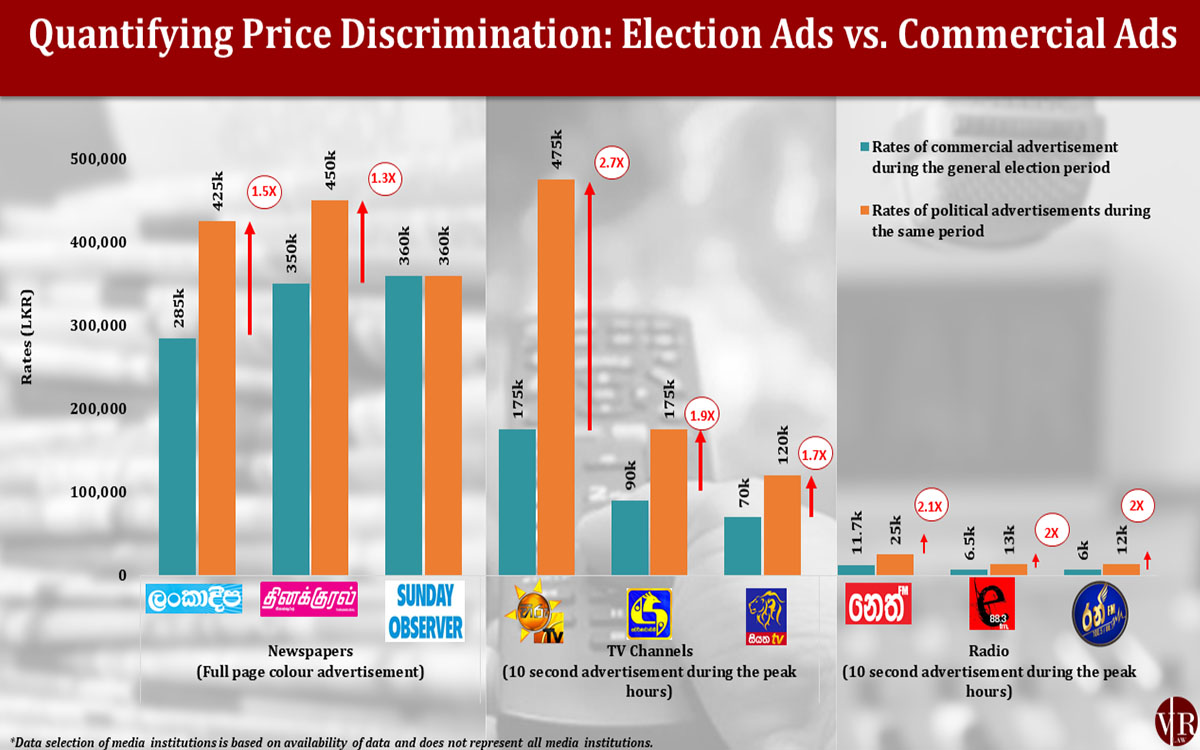 Political advertising in electronic and print media is one of the most effective means of campaigning for an election. In the days leading to an election, the media airs/publishes a significantly higher volume of promotional content of candidates and political parties. As a result, voters are subjected to a steady stream of content with information on candidates, political parties and their policies. Accordingly, in theory, political advertising in the media serves the dual purposes of (i) allowing parliamentary candidates to endorse themselves to their electorate, and (ii) informing voters of the range of choices they have in casting their ballot at the election.

As Sri Lanka heads towards the General Election amidst the COVID-19 pandemic, political advertising and promotion in the media is particularly critical for both the candidates and the voters. The data analysed in this insight suggests that in the democratic process of communicating with the voter, candidates running for parliament are exploited and discriminated against by the Sri Lankan media.

The present insight is based on an analysis of rate cards that are distributed by media stations to would-be advertisers and their agents. The pricing practice of the media appears to be similar to Sri Lankan hotels: where there is one room rate for foreigners and another room rate for locals – for the same rooms at the same time. It turns out that media institutions in Sri Lanka also have one rate (with a discriminatory mark-up) for advertisements of parliamentary candidates and political parties, and another (normal) rate for all other types of advertisements. Both these rate cards are simultaneously applied during election periods. 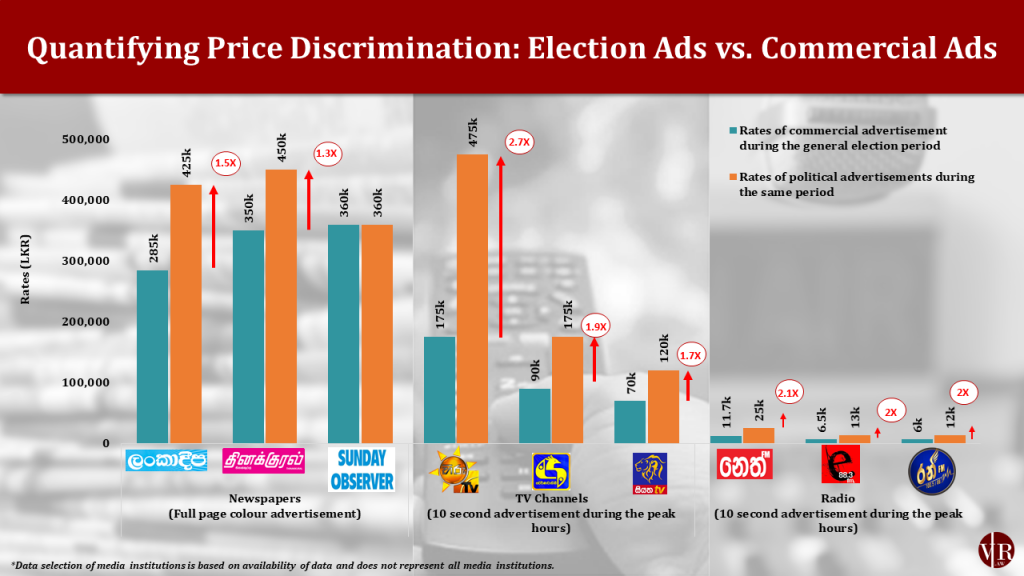 Exhibit 1: Graphic Quantification of Price Discrimination in ads by the Sri Lankan media

This discrimination by the Sri Lankan media is not a practice that has commenced with the 2020 General Election. Verité Research has previously shared data and analysis of the same type of discrimination being practiced in the 2015 General Election as well. Data on rate cards and pricing practices of the media is limited. A fuller analysis would be possible if such data were more publicly and openly accessible.

The democratic process requires candidates and political parties to campaign effectively and meaningfully disseminate information about their qualifications, their policies, and their ballot numbers. This requires access to media – which is expensive. Therefore, the needs of a democratic society are better served if the discrimination was in the opposite direction- with parliamentary candidates receiving subsidised rates, instead of penal rates, for their ads in the media.

There is also an economic and egalitarian case for providing lower rates for political advertising, instead of the higher rates being charged. It is the same economic case that leads inter-city buses to take-in additional “bonus” passengers going shorter distances at reduced rates. The cost infrastructure of media is met by the regular flow of commercial advertising – which is therefore priced to ensure, at least, full cost recovery.

Elections occur infrequently and the excess demand for political ads during election periods does not come with a concomitant increase in costs (especially for radio and TV). Therefore, even by charging normal rates, media stations can make higher profits from the extra political ads; making it possible to offer reduced rates to these “bonus” political ads, instead of marking up the rates.

Frequencies/airwaves used by the media to broadcast content are regarded as public property.[1] It is a principle in law that all public property must be held and used in trust for the benefit of the general public, regardless of whether the property is held/used by State or private institutions.[2] Accordingly, media stations that enjoy the privilege of using public frequencies/airwaves are ‘subject to a correspondingly greater obligation to be sensitive to the rights and interests of the public’.[3]

Currently, there is no specific law/regulation which governs the pricing and transparency of political ads during election periods. Consequently, democratic interests are vulnerable to being flouted, instead of being supported, by the media.

Based on the present analysis, two areas emerge in which the interests of democracy can be flouted. Firstly, as shown in Exhibit 1, the democratic process is openly exploited by the creation of discriminatory barriers to political communication/advertising during the election period. Since these ads are one of the most common methods used by parliamentary candidates to communicate with voters, the exploitative pricing practice undermines the legally protected right of both voters and politicians ‘to participate in public affairs’, as set out in the International Covenant on Civil and Political Rights Act No.56 of 2007.[4]

Secondly, under the current framework, media stations can engage in another level of discrimination as well. Any media station can, without disclosure and at its discretion, offer discounts on these exploitative rates to selected candidates – thus providing them an unfair advantage over candidates that don’t receive the same discounts.

The Election Commission and the gaps in media regulation

Through the 19th Amendment to the Constitution, the Election Commission of Sri Lanka (‘ECSL’) is authorised to issue guidelines to ‘any broadcasting or telecasting operator or any proprietor or publisher of a newspaper… to ensure a free and fair election’.[5] On the 3rd June 2020, the ECSL published guidelines which are required to be followed by all media institutions in their coverage during election periods.[6] These guidelines state, among other things, that:

Another significant gap in these guidelines is that they do not even enforce the disclosure of rates and discounts offered by media institutions to candidates or parties during election periods.

Although the ECSL issues guidelines to promote ethical media practices, the lack of enforcement mechanisms is a common theme of the guidelines, rendering them virtually inconsequential. Even the guidelines for the 2019 Presidential Election which addressed candidate level discrimination lacked a mechanism for enforcement.[8] Furthermore, despite the far-reaching consequences of such discrimination, the ECSL also has insufficient power to take legal action against private media institutions.[9] Thus, private media institutions have additional space to flout these guidelines.