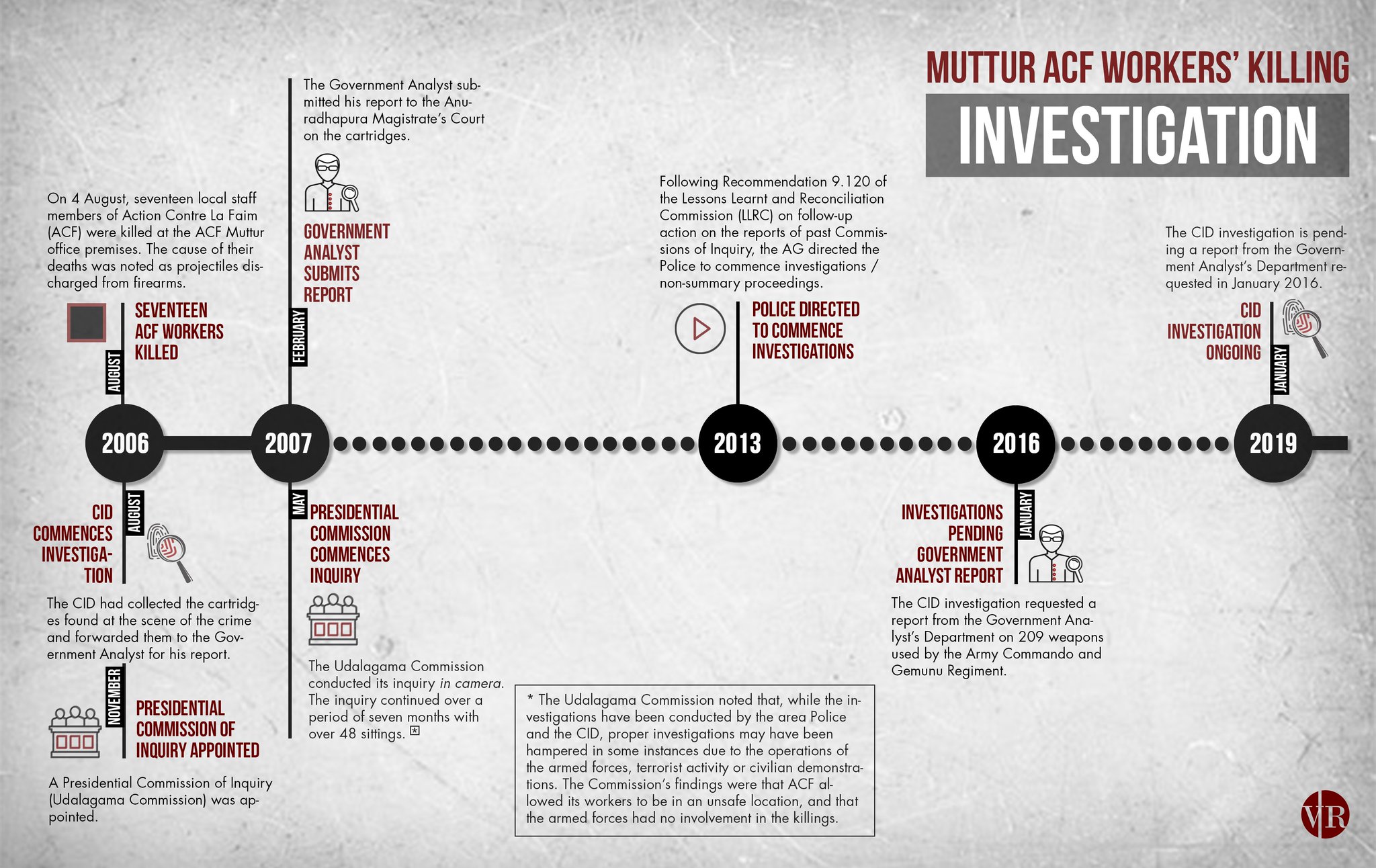 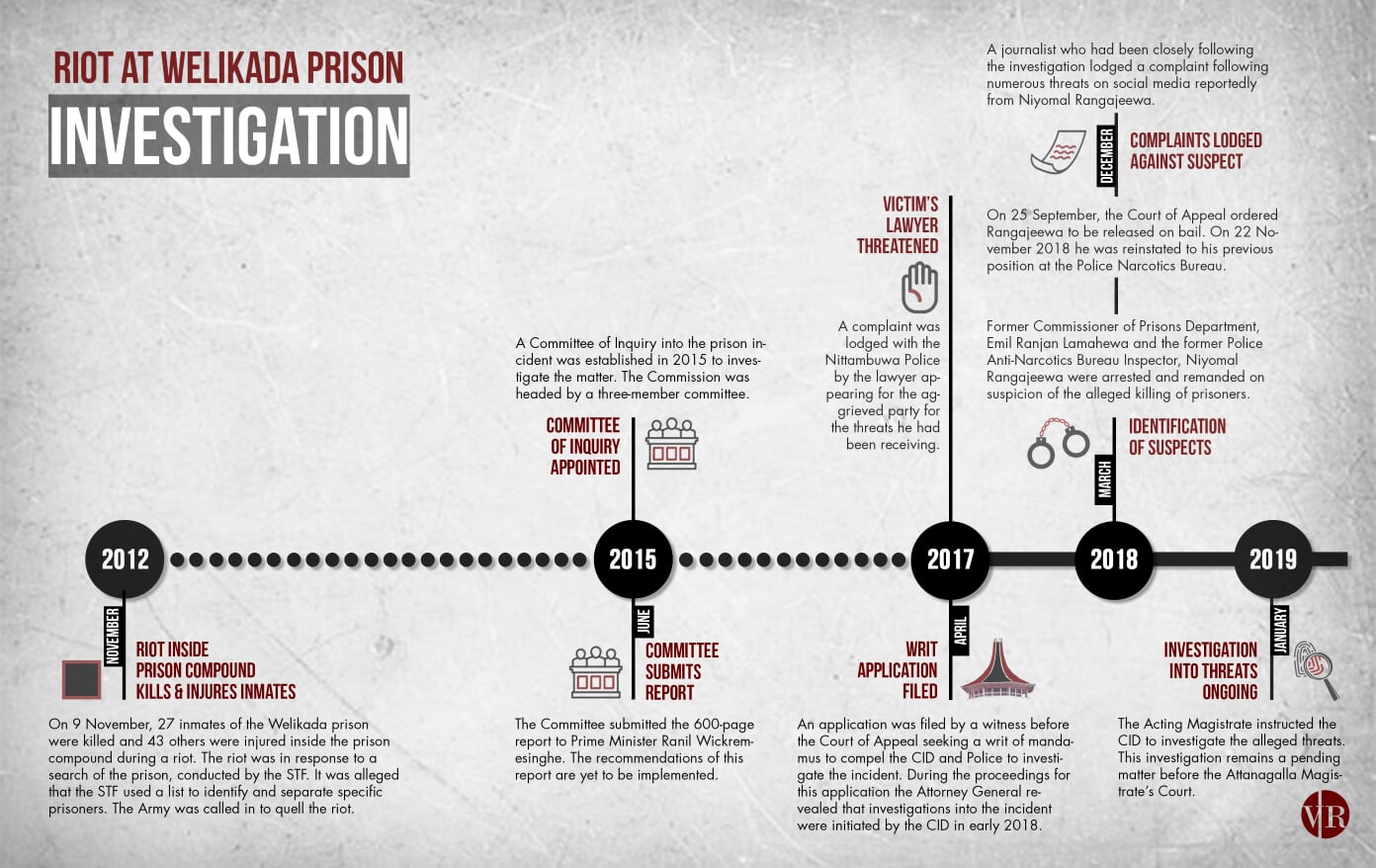 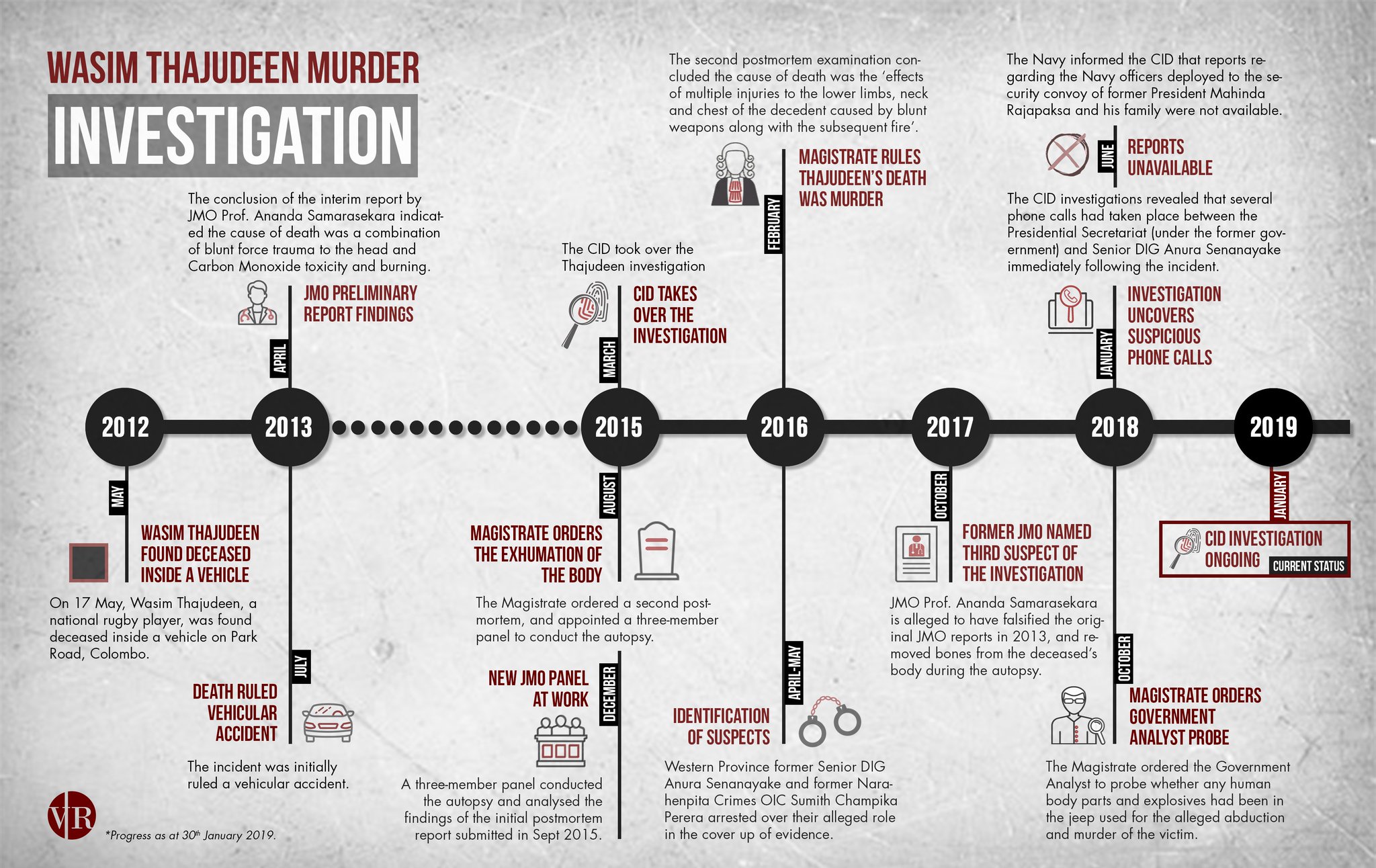 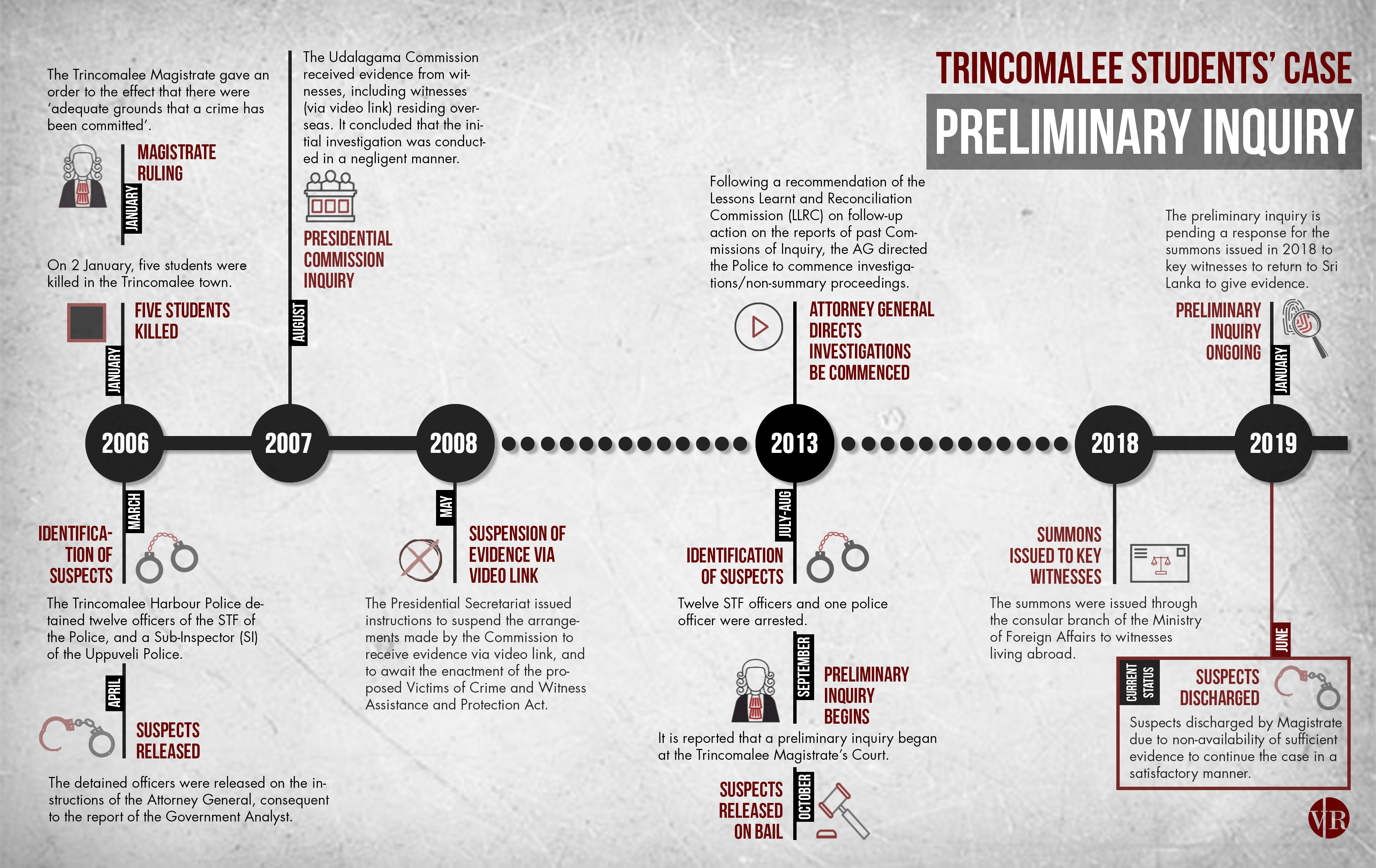 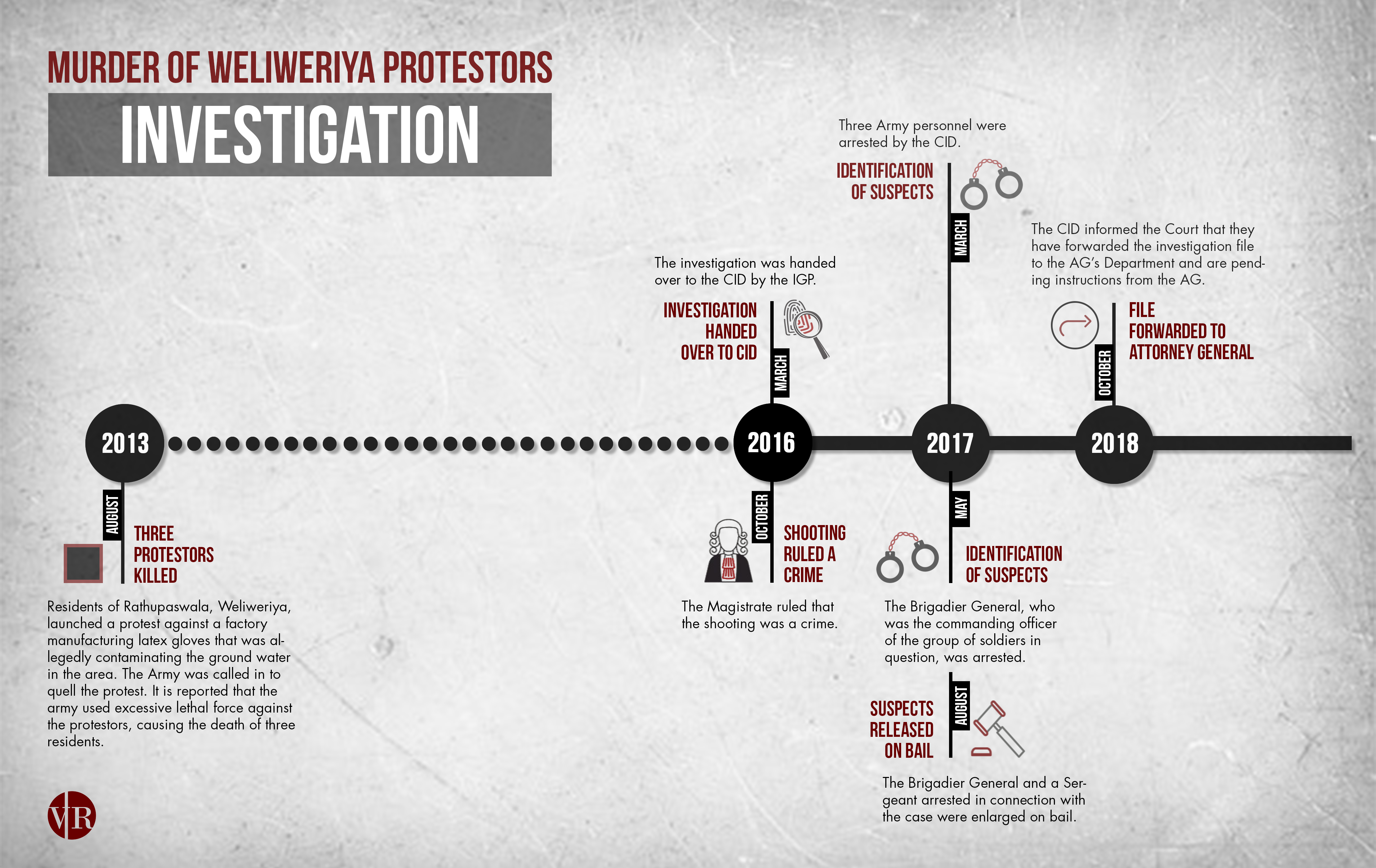 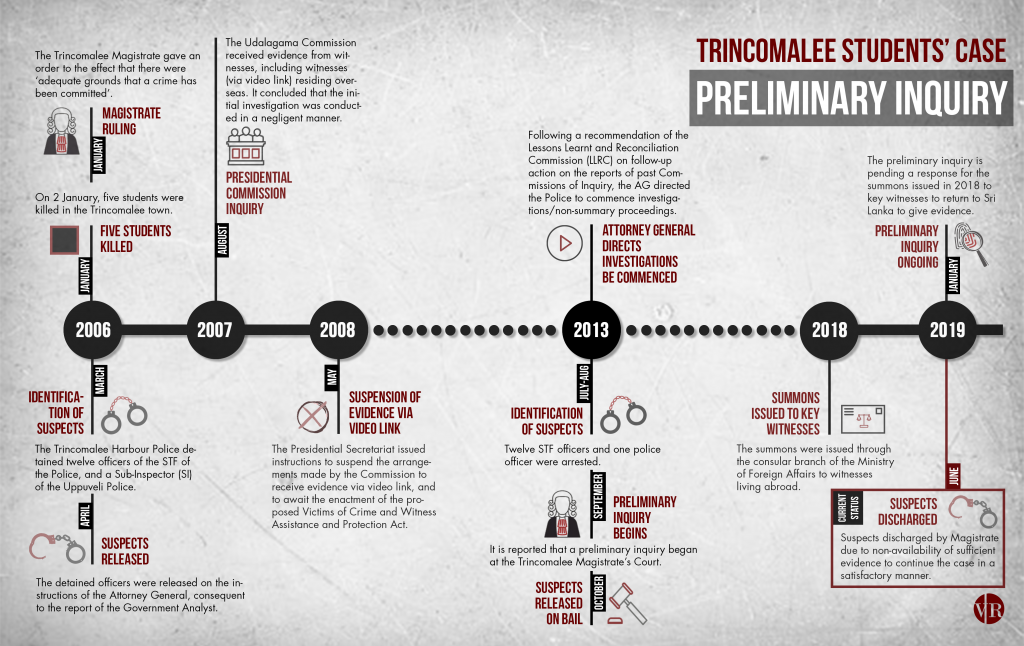 Shooting of the Rathupaswela Protestors It’s been 6 years since the shooting of 3 protestors in Rathupaswela, Weliweriya. In 2018, the CID handed over the investigation file to the Attorney General’s Department.   In July 2019, the Attorney General asked the Chief Justice to appoint 3 judges to constitute a High Court Trial-at-Bar to prosecute the identified suspects of the case. 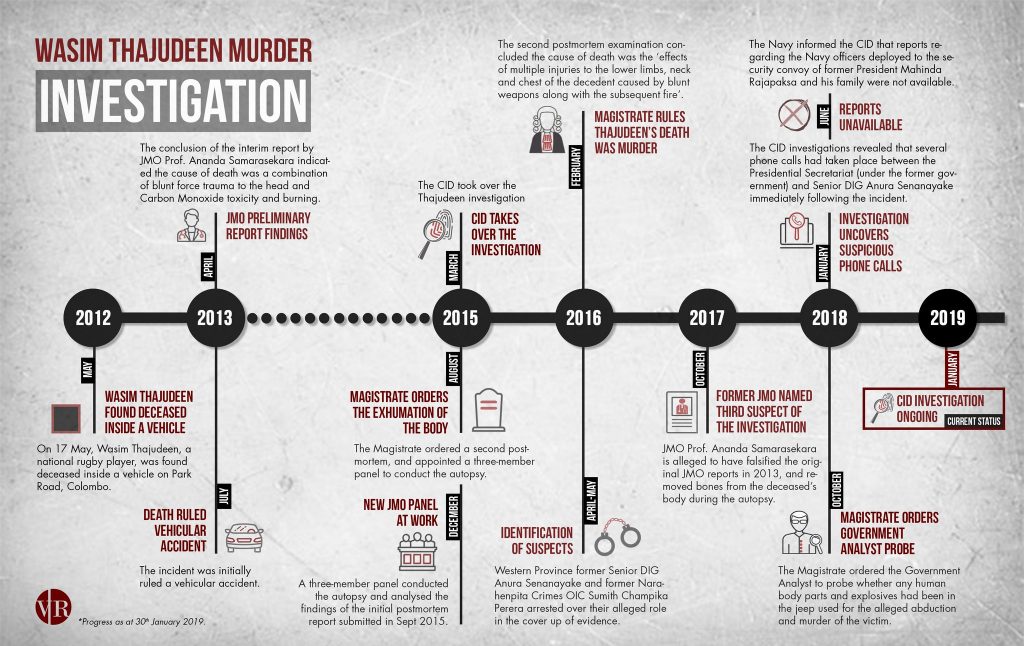 It’s been 7 years since the murder of Wasim Thajudeen. In 2015, the CID took over the investigation. In June 2019, it was reported that former DIG Anura Senanayake, a suspect in the case, was served indictments. The case is set to take place in October 2019. In August 2019, Former Chief Judicial Medical Officer Dr. Ananda Samarasekera was indicted by the Attorney General in the Colombo High Court. Up to date however, no direct suspects have been identified.

In 2012, 27 inmates of the Welikada prison were killed, and 43 others were injured in the prison compound. Up until 2019 investigations were ongoing.  In July 2019 the Chief Justice appointed a Trial-at-Bar comprising of 3 High Court Judges to hear the matter. 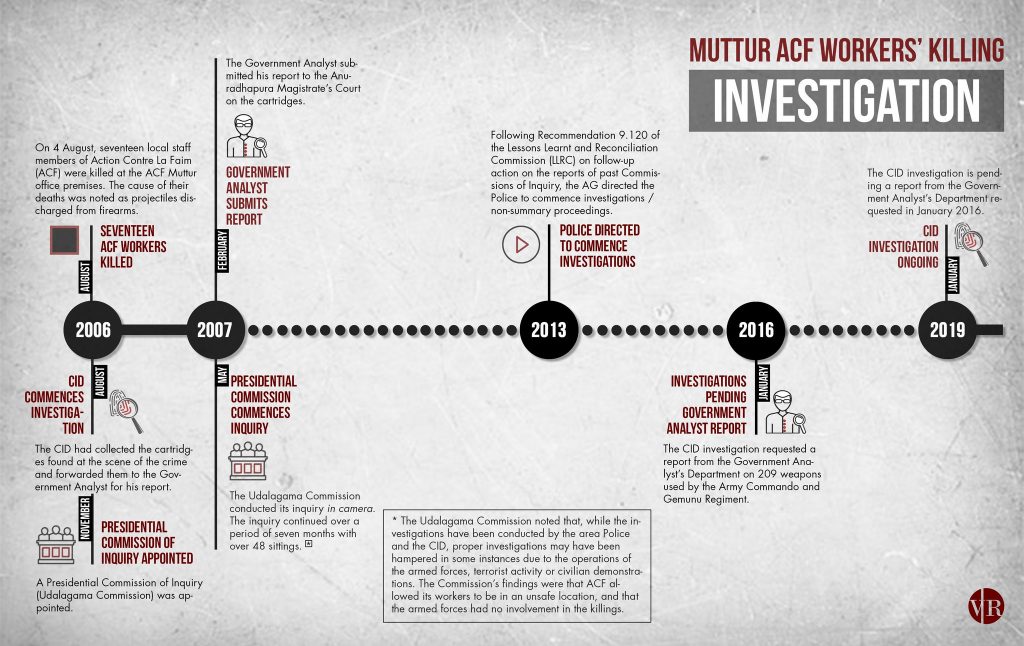 It’s been 13 years since the murder of 17 local staff members from the Paris-based Action Contre La Faim (Action Against Hunger, ACF) at their compound in the town of Muttur, Trincomalee.  The CID is pending a report from the Government Analysts Department since 2016.