Sri Lanka’s tea industry: too long in adolescence, it’s time to grow up 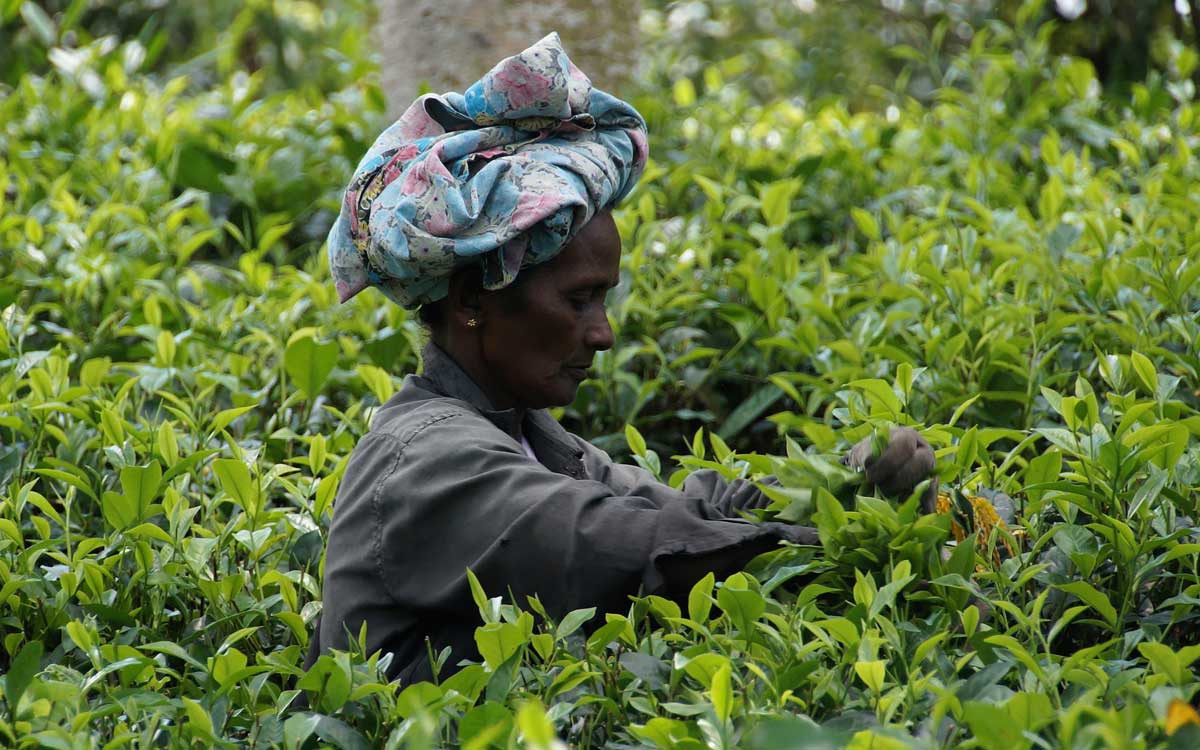 Tea sector wage negotiations have been in deadlock now for 10 months. There are political reasons for this situation, but also an overarching economic one: global tea prices have declined – as it periodically happens – and the industry is not geared to compete.

Tea is an industry in which Sri Lanka has established a global reputation – Ceylon tea, as it is known worldwide, is considered to be amongst the best black tea in the world. This is mostly a result of Sri Lanka’s climatic and geographic conditions, which yield a quality of tea that is exceptional.

Post-independence, Sri Lanka started off with an industry that was inherited. The tea plantations came not only with factories and machinery, but even workers who had been transplanted from India by the British, who served in poor and difficult conditions in the tea estates. The industry in Sri Lanka has relied mostly on its inherited position and first mover advantage in the world. Today it is in a crisis of its own brewing – the advantage of having poorly paid workers is diminishing, and the industry has not succeeded in adding to its productive value to face global competition. Currently, the average price of tea in auctions has fallen below the average cost of production (see Exhibit 1). Therefore, while the more productive estates can yet be profitable, the less productive ones could be running at a significant loss.

This Insight argues that there are practical solutions to the problems of the industry: unit costs can be reduced by increasing productivity and revenues can be increased by value addition. 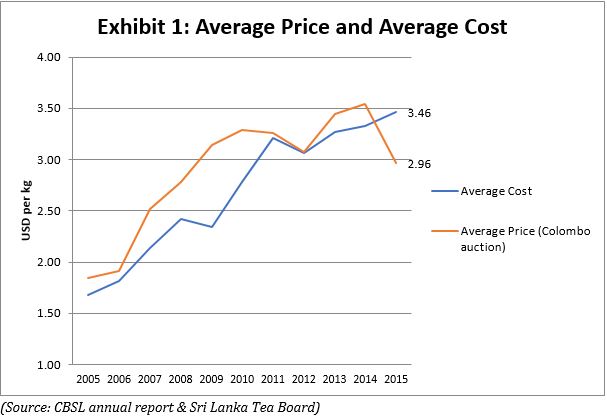 The wage and productivity arguments

Productivity is the unit cost of production. It can be improved by reducing the cost or increasing output. Since wages of tea pluckers is a large component of the cost, controlling wages has been the first recourse. However, estate workers are unionised and the unions also have political representation in parliament. In addition, unions representing tea workers are not doing many things that could improve the lot of estate workers – as shown in recent studies by Verité Research – but what they do is periodically dig their heels in during wage negotiations.

On wages, the unions do have a strong argument because current wages are below market values, which is possible only because the workers live in semi-bonded conditions. The argument of the plantation companies is that worker productivity is low. According to Planters’ Association data, Sri Lanka’s daily plucking average is just 66% of what it is in India. 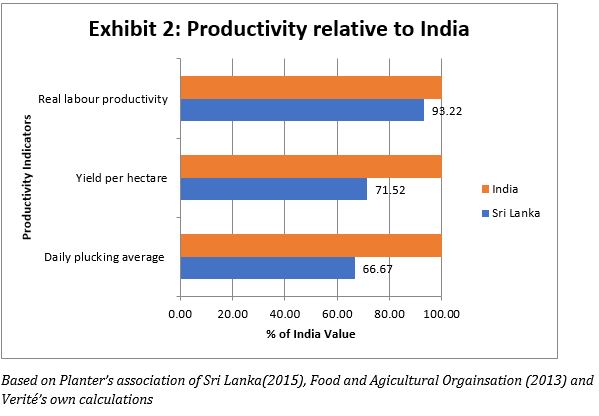 Even if Sri Lankan pluckers are performing adequately compared to their Indian couterparts, both plantation companies as well as Unions can do much more to improve labour productivity. Many of them have been pointed out in studies conducted by Verité Research in the past.

Wage Structure Remedies: There are several basic mistakes in the structuring of wages. For example, current mechanisms designed to reduce absenteeism are more likely to encourage overall absence from work and increase the number of non-workers living in estates. Restructuring the current wage framework is essential to addressing the labour productivity issue.

Time saving opportunities: Initiatives that improve the workers’ time availability and health can go a long way in improving worker turn-out. Key opportunities exist in creating easier and closer access to simple government services, and preventive measures against common health conditions. For example, some estates have worked out that anaemia can be reduced significantly by the simple practice of wearing slippers, as the worm responsible for the condition tends to enter from the sole of the foot.

Voice and Dignity: Steps to reduce the “dignity gap” between tea plucking and other forms of work can help with worker retention and productivity, especially in the younger generation. The smarter plantation companies, which have higher levels of productivity, have already adopted such measures.

While the garment industry in Sri Lanka foresaw the problem with increasing wages and worked towards building better processes and moving up the value chain towards design and branding, the tea industry has yet to make a serious effort in value addition, and has become over-reliant on low cost labour and favourable world prices for tea as a commodity. There are some obvious solutions:

Shift towards tea bags: Tea exported from Sri Lanka goes out mainly in three forms: bulk tea, packeted tea, and tea bags. Of these it is only the tea bags that constitute significant value addition, as bulk tea is the most basic form and packeted tea fetches only 4% more than bulk tea. Tea bags constitute a value addition of 88% more than what bulk tea brings per unit. Despite this, Sri Lanka exports less than 10% in the form of tea bags (about 50% go as packeted and the rest in bulk form).
High value added products: There are also many types of high value added products possible, both directly from tea (premium teas, silver-tips) and derivatively from tea (tea infusions, extracts, oils). Yet, there is very little activity in Sri Lanka with regard to engaging these opportunities.

Many of Sri Lanka’s tea producers are stuck in a long adolescence: generally claiming one problem or another, and wallowing in troubles that are mostly avoidable.

Despite competition in world markets and special tariff barriers on value added teas, competing countries have been successful in climbing up the value chain. There is a historical advantage in having a heritage from the high quality of Ceylon Tea. In addition, there are real practical opportunities to reduce unit costs through improving worker productivity and to increase revenues through value addition as this Insight has shown. A few successful plantation companies in Sri Lanka have already adopted some of these strategies. The tea industry as a whole in Sri Lanka is still in its adolescence and is far from having reached its peak – to achieve this, it is simply a matter of recognising the opportunities.