Trade in Services: Unearthing the devil in the details 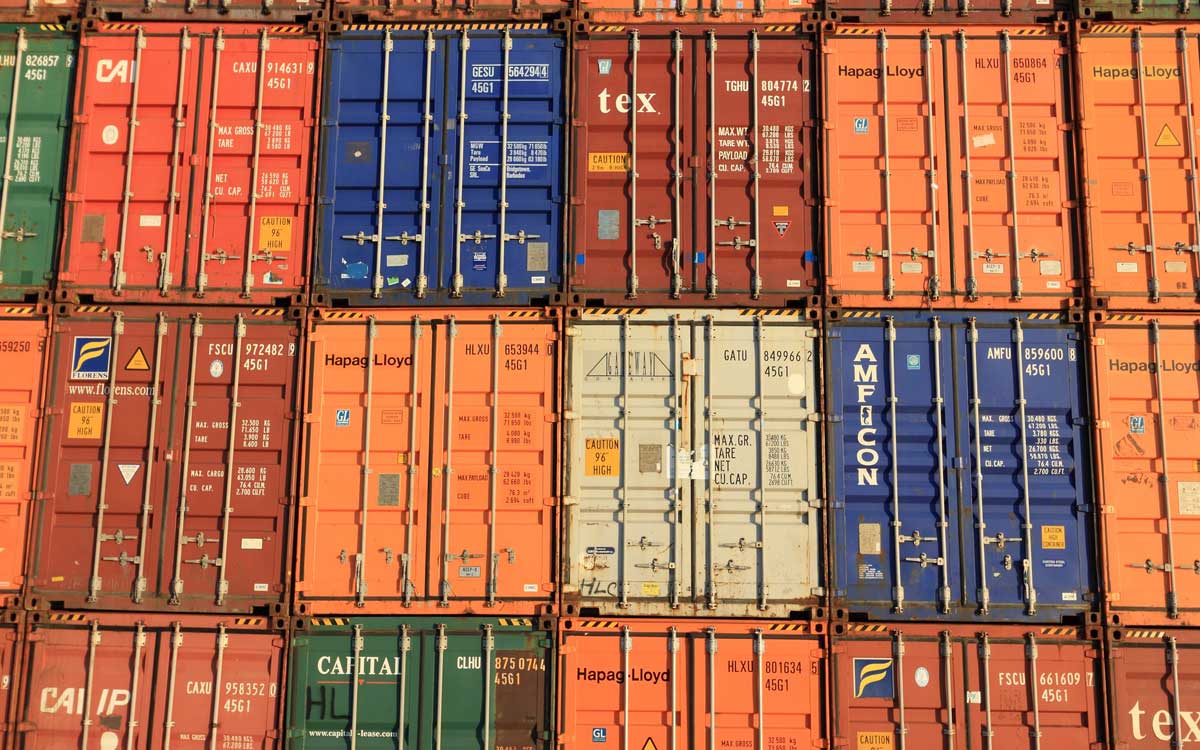 Sri Lanka is negotiating an Economic and Technological Cooperation Agreement (ECTA) with India. It envisages liberalising trade in services. The lack of information on what is being negotiated has fueled speculation on the outcomes. A previous Verité Insight titled “Trade in Services: Sri Lanka needs to pull up its socks” pointed out, with reference to current Trade Agreements (TAs) of Sri Lanka, that the devil is really in the details – not the concept itself.

The present Insight attempts to unearth the devil in the details (pitfalls and opportunities) by a quantitative and case analysis of India’s trade agreement with Japan. Explaining at the outset some of the trade related terminology will help to unpack the implications.

In trade agreements, countries give preferential access to partners. The Scope of this access is described in two dimensions. One, the sectors opened up – such as IT, Logistics etc. This is usually denominated by an international coding system that has 160 categories of services. Two, the modes of supply of the services. There are four modes as set out below:

In trade agreements, countries also give legally binding Commitments to partners. These are usually in two dimensions. One, on market access – that is setting out and limiting the conditions and restrictions for the preferential trade access; and two, on National treatment – that is setting out and limiting the extent of preference given to domestic suppliers over the suppliers of the trading country. Neither of these prevents a country from enacting measures to ensure quality or protect the consumer or environment, provided that these measures are applied to all suppliers without favouritism.

Learning from the India-Japan CEPA

An analysis of the Scope and Commitments in the India-Japan TA provides insights on pitfalls and opportunities that could arise for Sri Lanka. This Insight analyses the Scope and commitments in quantitative terms and the limitations as a case analysis.

Quantitative analysis of Scope and Commitments

Even though 62% of sectors are included in the trade agreement, Exhibit 1 shows that full commitment has been accepted for less than half of those included sectors in Modes 1 and 3; and in none in Mode 4. A common restriction in Mode 3 is with regard to foreign equity and Mode 4 limits the movement of people to high skilled services providers.

In Mode 2, around 75% of included sectors have received a full commitment – but restricting Mode 2 for most sectors is not feasible either. As long as people can travel to other countries, it is almost impossible to prevent them from accessing services abroad. Full commitment has been accepted in Mode 1 for about half the included sectors. These are also difficult to restrict in practice. For example, it is difficult to prevent an Indian patient sending medical reports to a Japanese doctor on email and getting his opinion for a fee paid by credit card. 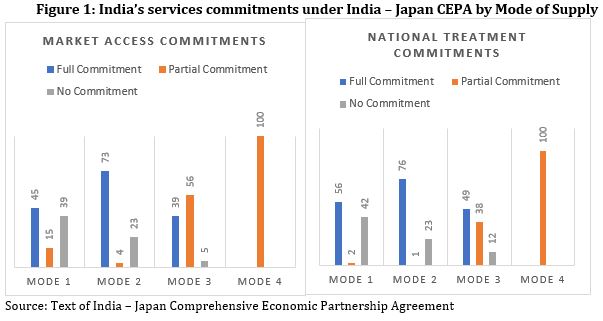 The India-Japan agreement shows that the choice of Modes to open up in specific sectors is a key determinant of the practical viability of market access. This is because each sector is more readily delivered in some Modes rather than others. For example, for R&D services in Agriculture, India has opened up in Mode 1 (online, phone, etc.) but not in any of the other Modes. As such, Indian firms going to Japan to consult on agriculture R&D, Japanese firms setting up in India or Japanese persons arriving in India to provide the service are all excluded from the agreement; while Agriculture R&D may not be practically deliverable in Mode 1.

In addition to limiting Modes of supply, other restrictions can be placed to limit Market access. The voice/cellular mobile telecommunication services are an example of this, where Mode 3 market access faces significant curbs by India. Likewise, restriction on foreign equity to 74% and requiring government approval beyond 49% also curbs overall Mode 3 access.

The National Treatment conditions create additional curbs on Mode 3 and Mode 4 access. For example, in telecom, India requires Japanese firms to recruit resident Indian nationals to various posts (Chief Officer in charge of Technical Network Operations, Chief Security Officer and officer/officials of the licensee companies). Further, Indian citizens have to comprise a majority in the Board of Directors; when any C-level post is held by a foreigner their security has to be vetted by Indian Ministry of Home Affairs annually and only Indian engineers can operate and maintain the telecom network.