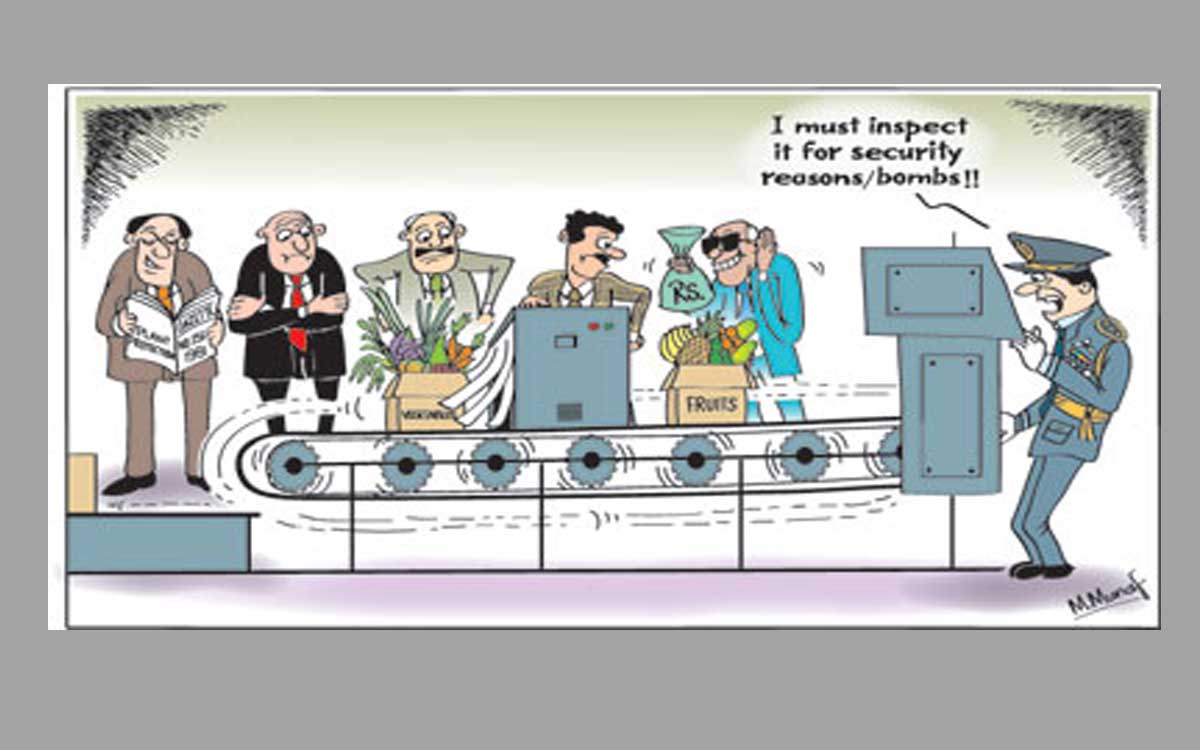 The sluggish export performance of recent years has been one of the main reasons for the country’s balance of payments difficulties, economic instability and slow economic growth. The country is in a situation when it must increase exports or face serious economic difficulties. The expansion and diversification of agricultural exports is one way of achieving this.

Subhashini Abeysinghe indicated the multitude of regulations that inhibit agricultural exports. She pointed out that poorly designed regulations, inefficient administrative procedures and poor dissemination of information have made export products uncompetitive.

Trade barriers
Subhashini Abeysinghe emphasised that trade barriers are not only found abroad. “They are found within our borders as well — and we should address them before going for Free Trade Agreements (FTAs) and discussing border issues in other countries.” Furthermore she pointed out that poor infrastructure, weak institutions, bureaucratic red tape, ad-hoc taxes and inconsistent policies are some of the major trade barriers that have stifled competitiveness and export growth and contended that these domestic barriers is a significant impediment to exports and for some products, like agriculture they can be higher than global trade barriers.

These findings were based on research conducted jointly by the Sri Lanka Fruit and Vegetable Producers, Processors and Exporters Association and Verite Research.

Regulations
Dr. Nishan de Mel, Executive Director of Verite Research, said regulations are extremely vital but they need to be like good medication that heals the patient. Dr. de Mel said “We do not need bad medicine that aggravates the condition of the patient… Although there are plenty of regulations, they are not effective.”
He said every country needs regulations to protect its plants from invasive species and diseases. Safety is an issue in countries that do not have regulations. The United States and Europe have imposed a large number of regulations for safety.

Gazette No. 151 of 1981 on plant protection is based on a law passed in 1924. The Plant Protection Act was updated in 1999. However, bureaucratic barriers obstructed its implementation, according to Verite Research.

“Regulations for plant protection not being passed for 17 years are definitely bad administration. The Seed Council which was to be set up under the Seed Act of 2003 to ensure quality of imported seeds, failed to see the light of day,” Verite Research stated.

Procedures
Verite Research found that administrative procedures on checking perishable goods at present cause unnecessary delays and damage cargo, undermining export potential of the country.  Perishable goods go through four types of checks before they are exported.

The boxes are checked at four different locations. The checks conducted in open areas and in areas without temperature control, expose the products to heat and contamination. This is specially a concern for products that are pre-cooled for several hours before pacing to lengthen shelf life.

Furthermore checks are carried out by incompetent staff. It is also timely to re-evaluate the need for continuous checking by the Air Force since there is no war in the country. Research reveals that exports take a lead time of around six hours which makes them uncompetitive compared to Thailand, a major agri-product exporter which takes only around one and half hours for cargo loading.

Information
Poor dissemination of information in state institutions is also a hindrance to boost export competitiveness, Verite Research said. It stated that even the basic information such as contact details, application forms, fees and the time-frame taken to process exports is not found in certain agencies while only a few tell the procedures involved. It also found that it is hard to locate the necessary information and is costly and unreliable. Where available, the information is frequently outdated. For example, on the government information website, the information on fish exports was last updated in 2009.

Current exports
Sri Lanka exports both fresh and processed varieties. Fresh vegetables and fruits are exported mainly to West Asia and the Maldives. Europe is also an emerging market for tropical fruits and vegetables. Almost all processed products are to the European market. West Asia is a potentially large market for the export of fruit and vegetables. To expand exports to these markets, exporters must ensure that fruits and vegetables meet quality standards of those importing countries. The prevailing rules, regulations and procedures are not conducive for increasing exports.

The removal of excessive and unwanted administrative regulations and procedures is vital to enable the full potential for agricultural exports. As Verite has pointed out, it is more important to look at the domestic barriers to agricultural exports than focus on increasing market access for our exports.