Advancing access to information and open government in Sri Lanka 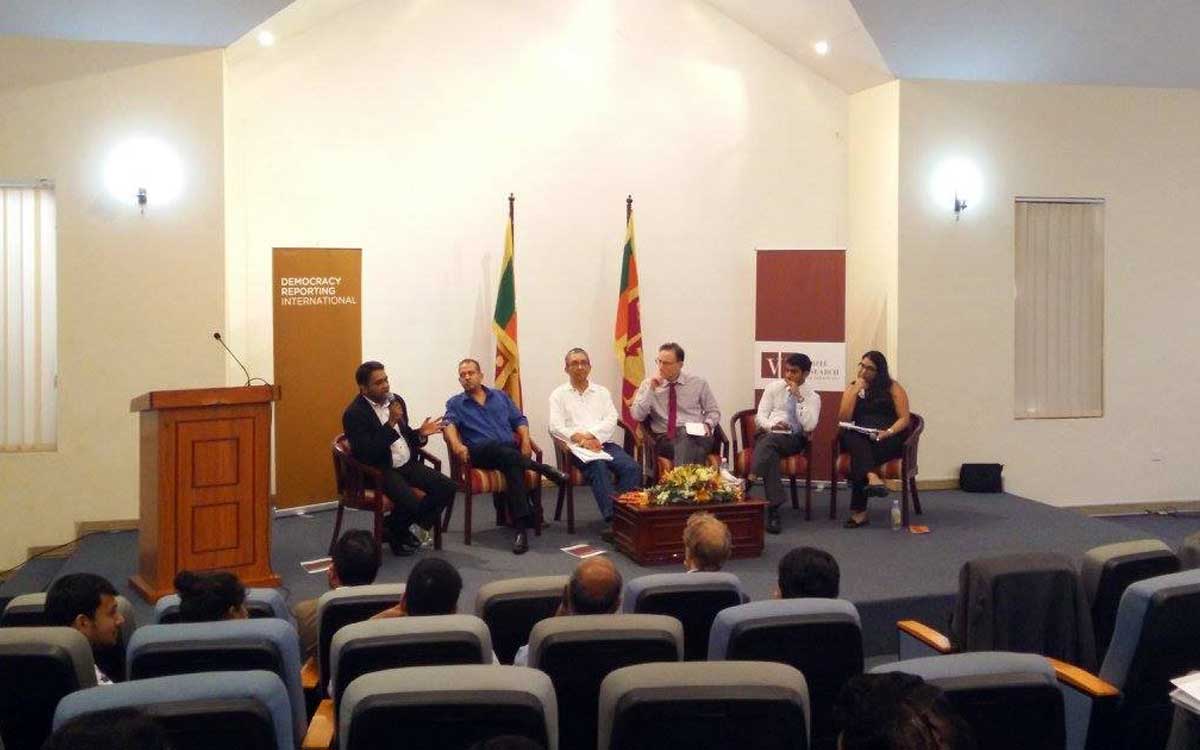 In February 2017, Sri Lanka’s Right to Information (RTI) Act entered into force. The inclusive process through which the Act was crafted represents an exemplar of law-making in Sri Lanka, while the law itself constitutes a leading example of access to information legislation – ranking third worldwide, according to the Centre for Law and Democracy, and top in South Asia.

So what next for Sri Lanka’s RTI Act? At a panel discussion in Colombo on 27 February, DRI and Verité Research convened experts, officials and civil society to discuss the next steps for the RTI Act and put forth recommendations for ensuring its smooth operation.

With the RTI Act in force, Sri Lanka’s authorities now need to implement the new law effectively. This is not a straightforward task, however, in a country where government information has traditionally been handled with a great deal of secrecy. Breaking with the prevailing institutional culture and shifting towards greater openness with the public is essential for RTI’s success, with broader implications for Sri Lanka’s ongoing political transition.

In order to aid this process, Sri Lanka should endeavour to review existing laws that conflict with the RTI Act, amending or repealing them as necessary. Legal expert Sabrina Esufally highlighted the obstacles that certain laws, such as the Official Secrets Act and the Press Council Law, present due to restrictive provisions that run counter to the far-reaching access to information the RTI Act provides for. In practice, ensuring that the law is clear on what can and cannot be shared with the public will help to avoid complications in the implementation process and enable Sri Lanka’s newly-appointed information officers to deal effectively with information requests from the public.

At the same time, Sri Lanka’s authorities have a responsibility to proactively disclose information of public interest, a point underlined by RTI Expert William Ferroggiaro, so that it can be readily accessed by citizens. Government bodies can do this, for example, by displaying content on their websites about the functioning of their respective institutions and updates on recent developments. Mr. Ferroggiaro provided comparative insights on the different practices and approaches to proactive disclosure adopted by other countries in the region, as well as the role that access to information and proactive disclosure play in meeting international standards on freedom of expression.

There is still a lengthy road ahead for the RTI process, experts on the topic agree, and fostering a culture of information-sharing between authorities and the public will be a two-way street. The steps taken by authorities to implement the RTI Act must be matched by the active engagement of citizens. By exercising their right to information and submitting requests to authorities, citizens become the main drivers of the ‘demand side’ of the RTI process, as Verité’s Gehan Gunatilleke put it, and are empowered to hold government accountable.