The Objectification of Women in the Sri Lankan Press 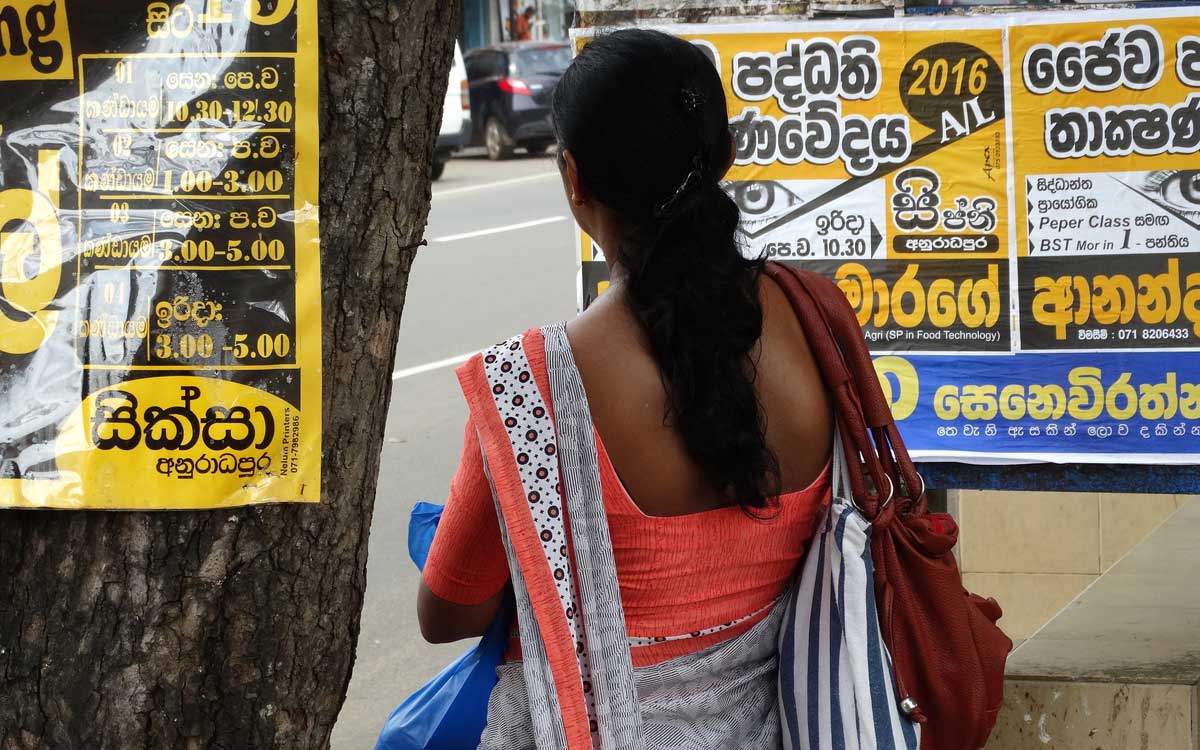 This post by Deepanjalie Abeywardana originally appeared on Groundviews, an award-winning citizen journalism website in Sri Lanka. An edited version is published below as part of a content-sharing agreement with Global Voices.

Sri Lanka’s media continues to deviate from established standards of ethical journalism. This includes graphic pictures, misleading photos and commentary of events, racial labels used selectively against ethnic groups, factual errors and the denial of “right of response” in reporting. Accordingly, the representation of women in Sri Lankan media over the years has breached many ethical standards, resulting in the reinforcement of negative stereotypes. This stereotyping can directly influence how women are perceived in society.

In this context, this article offers observations on the portrayal of women in the Sinhala language print media, based on data from Ethics Eye — a Facebook-based platform that monitors and flags violations of media ethics in seven Sinhala newspapers — the Dinamina, the Divaina, the Lankadeepa, the Mawbima, Sunday Divaina, Sunday Lankadeepa and the Sunday Mawbima.

The sexual objectification of women

Some mainstream Sinhala newspapers in Sri Lanka violate this ethical guideline by portraying women as sex objects. Women are frequently objectified in the press with the use of sexist references and pictures. These references are often ones that expose semi-nudity, which is irrelevant to the context of the article. For example, one Sinhala newspaper referred to a woman as “baduwa” (object) in one of their columns, insinuating that women are sex objects. The same newspaper identified all actresses in Sri Lanka as engaging in “the oldest profession in the world”, depicting them all as sex workers.

Further, a series of articles published in one of the mainstream Sinhala newspapers carried images of foreign women in bikinis, which were irrelevant to the story they were reporting. The series did not carry a disclaimer to indicate that the photographs — taken with long-lens cameras — were taken without consent. As stated in the Code of Professional Practice published by the Editor’s Guild of Sri Lanka, the use of long-lens or other cameras to photograph people without consent, on private or public property where there is a reasonable expectation of privacy, is unacceptable — unless in the public interest. 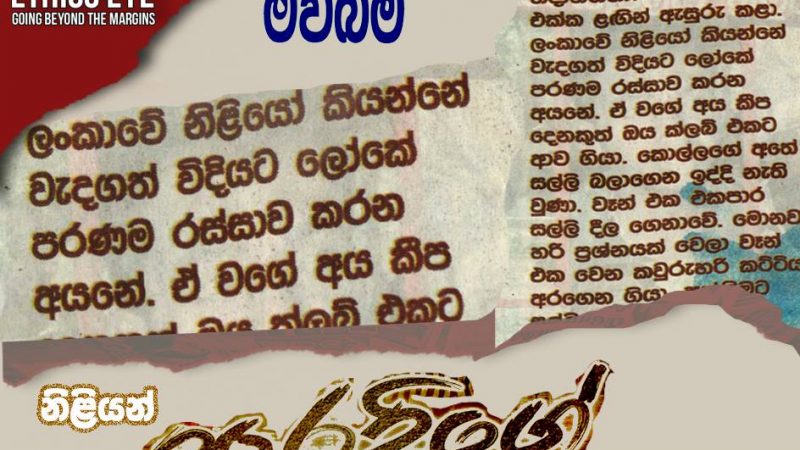 At the same time, the same newspaper that referred to all actresses as sex workers also upheld women as the “guardians of cultural and moral values” in another article. This comment was in criticism of the gazette notification issued by the Ministry of Education, banning the imposition of dress codes for women entering public and private schools.

Reductionist terms such as “beautiful” are used in the press, especially when referring to rape victims and survivors. The physical appearance of female victims and survivors of rape, accidents or other incidents is referred to in many articles in the Sinhala press. The reporting of unconnected, unnecessary details (such as physical appearance), when they are not directly related to the story, is a common occurrence in Sinhala newspapers. For example, when two female students died as a result of a train accident in Dehiwela last year, six out of seven Sinhala newspapers referred to their physical appearance when reporting the incident. 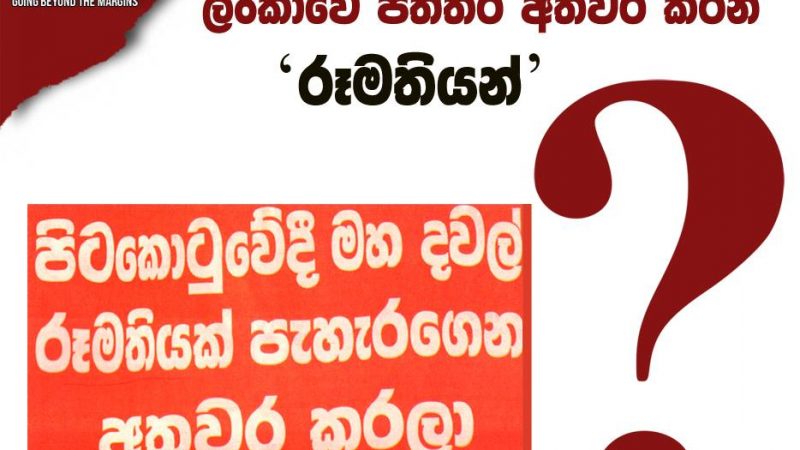 The use of such terms, which are both irrelevant and sexist, raise serious questions on the extent to which the media in Sri Lanka fulfill their ethical obligations.

In dealing with social issues of a particularly shocking or emotionally painful nature — such as violence and drug abuse — the Code of Professional Practice states that the press should take special care to present facts, opinions, photographs and graphics with due sensitivity and discretion, subject to its duty to publish in the public interest. However, some Sinhala newspapers violate this guideline by sensationalising and romanticising news when reporting on acts of violence against women, such as rape and sexual abuse. For example, some papers refer to the suspects or perpetrators of sex crimes as “Cupids”, a term which romanticises them. At the same time, victims and survivors of rape are often blamed for the attire they wore, or for being at the wrong place at the wrong time.

When newspapers hold women accountable for rape, it not only adversely affects the way society views women, but also promotes the impunity of perpetrators of violence against women.

In their attempt to sensationalise a story to make it more enticing to an audience, the media neglect the important role they play in creating awareness about sex crimes. Rape, domestic abuse and other forms of violence are a taboo subject in society, and go unreported in many cases. Sensationalising these acts in reportages takes attention away from important aspects, such as the prevention and mitigation of such crimes. This includes awareness about helplines for victims of sexual abuse, as well as the existence of organisations dedicated to helping women who have experienced sex crimes.

What can be done?

The first step towards fixing this issue is creating awareness about the ethical violations committed by newspapers in reporting on women. On International Women’s Day 2017, Ethics Eye released a video highlighting some of the ethical guidelines violated by Sinhala newspapers in this regard. Furthermore, triggering a discussion around ethical violations in the media and spreading awareness around them give the public the information it needs to hold journalists and editors answerable to their mistakes, and the damage caused by harmful reporting. Moreover, training journalists on media ethics — including reporting about women in a manner that is not discriminatory and sexist — is urgently needed in Sri Lanka.