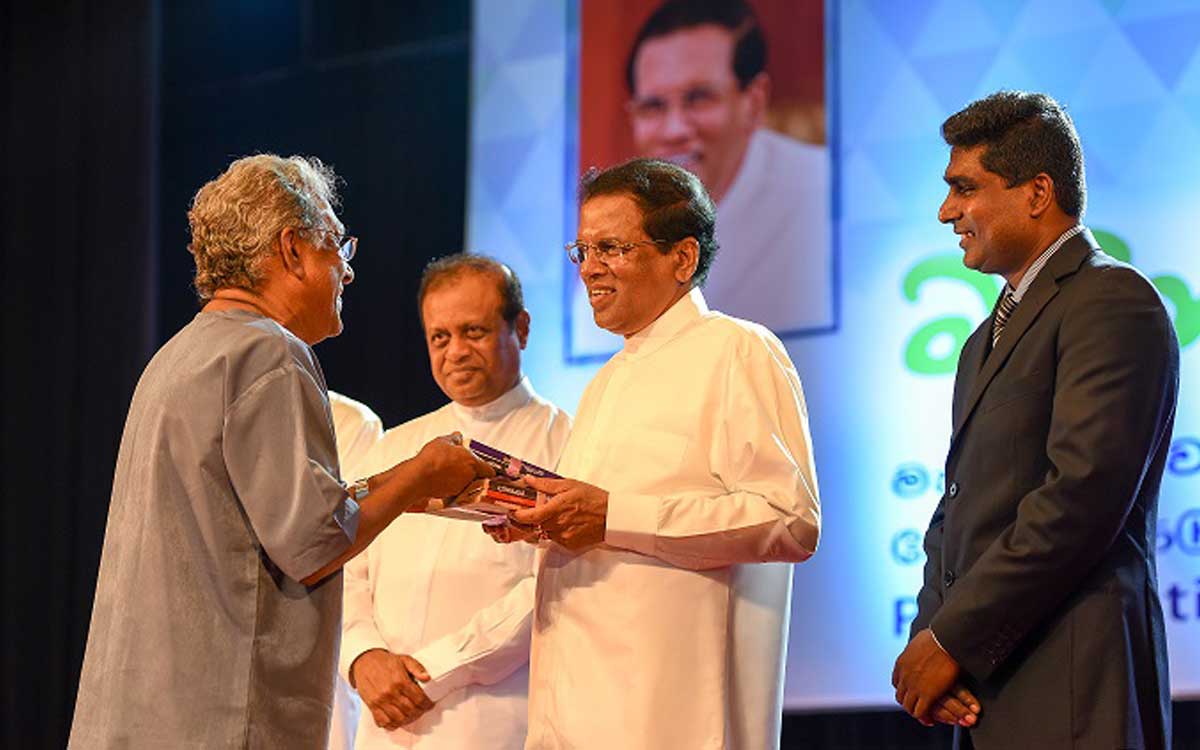 Dr. Samantha Kumara Kithalawaarachchi, the Director to His Excellency, the President of Sri Lanka, Presidential Secretariat, spoke about the current situation in regard to tobacco taxation in Sri Lanka.

Article 6 : (Tobacco Taxation) of the Framework Convention on Tobacco Control (FCTC) of the World Health Organization

The FCTC states that the Parties to the treaty should implement the simplest and most efficient system that meets their public health and fiscal needs, by taking into consideration of their national circumstances. As recognized in Guiding Principle 1.1, the Parties have sovereign right to determine and establish their taxation policies, including the level of tax rates to be applied.

There is no single optimal level of tobacco taxes that applies to all countries – because of the differences in tax systems, in geographical and economic circumstances, and according to the national public health and fiscal objectives.

Sri Lanka government has given consideration to the FCTC guidelines in determining and adopting tobacco taxes. Similarly, tax reforms have been designed to increase in par with affordability which is calculated using the per capita income, rate of inflation and household income.

Currently, 74 percent of the price of a cigarette is excise and VAT. In 2006, the excise tax was 71 percent of the price along with 12 percent VAT resulting more than 80 percent tax in cigarettes. Thus when compared with the year 2006 of the cigarette price, tax ratio was less than 80 percent. This explains how big profits the tobacco industry is making by selling a LETHAL product for human consumption.

The other drawback is lack of a transparent formula with the Finance Ministry to increase tobacco tax. The fact that they do not adhere to guidance of NATA when determining tobacco tax is also a shortcoming.

Even the Finance Ministry has no a concrete plan in regard to tobacco tax, in spite of the fact that the President has instructed the authorities that the country should not depend on revenue from the tobacco industry.

In 2016, the annual gross profit of CTC was 20.3 billion rupees, while it was 17.5 billion rupees in 2015. In stock market, CTC is the highest earning company. Thus they do whatever possible to amass their profits and wealth.

According to Dr. Nishan de Mel, the best way of curbing tobacco consumption is through increase of price – cigarette prices can be increased through taxes imposed by the government.

The government does not have any legal capacity to fix cigarette prices, only the tobacco company (CTC) is able to control prices, however, the government can direct price increases by increasing taxes.

Has the government adopted the aforesaid guidelines so far?

The government of Sri Lanka has adopted the aforesaid guidelines to a certain extent. We are currently examining the pros and cons of the tax measures and depending on that we would proceed gradually.

It is hard to fully adhere to these guidelines, at once. There is a huge influence or interference from the tobacco industry – we understand that the industry immensely pressurizes the Ministry of Finance.

The President addressing a conference in Kandy, in 2016 expressed his well awareness of the shrewd tactics of the tobacco industry, since he was 17 years. As the Minister of Health, he proved his passion for the cause, by fighting with the tobacco company, both in and out of the courts facing threats, but won the battle of introducing Pictorial Health Warnings on tobacco products, which is a provable measure of making the general public aware of the adverse health effects of smoking. It is a smoker’s right to know the harm. However, to achieve the maximum results of implementing PHWs, a country should also ban sale of single cigarettes completely. We urge this government to implement this regulation as early as possible.

The implementation process of Pictorial Health Warnings (Article 11 of the FCTC) was a legal and a crucial battle which continued for two and a half years and finally he succeeded in achieving his target in full, i.e. 80 percent, only after himself being selected as the President of Sri Lanka, by amending the Act.

The President has also pledged to stop tobacco cultivation in Sri Lanka by 2018. He is of the opinion that tobacco revenue can never be an “income for country’s development”.<.b>

During the past one year or so – a dialogue among the general public was created on high cigarette prices. It paved the way for tobacco control activists to educate the public on the havoc created by tobacco use and how beneficial it is to remain a non-smoker. It was an eye opener for people who did not know of the harm and who have been deceived by the tobacco industry, finally to realize the truth. This enlightenment helped both the users to quit smoking and non-users to remain non-smokers.

Has tobacco tax helped or worsen the Sri Lanka economy?

According to world-wide health experts and economists, it is crystal clear that tobacco consumption only makes the user sick, brings in premature death, less productivity and poverty. Sri Lanka has to spend 72 billion rupees a year, to treat the patients suffering from various diseases caused through tobacco smoking.

Therefore this “so-called” revenue that we collect from the tobacco company is insufficient to meet with government expenses being incurred in treating patients. Thus revenue from tobacco is not for development of a country, but for disaster.

Moreover, President does not consider at all tobacco tax as a suitable form of revenue to build Sri Lanka.

Statistics regard to tobacco tax vs. consumption

The number of cigarette sales:

The key remedy to the problem is to increase tobacco tax which results in increasing government revenue and on the other hand in helps in reducing consumption, especially among the youth (potential users) and the poor.

This strategy is a win-win situation for the country.