Suicide rates down, but concerns remain 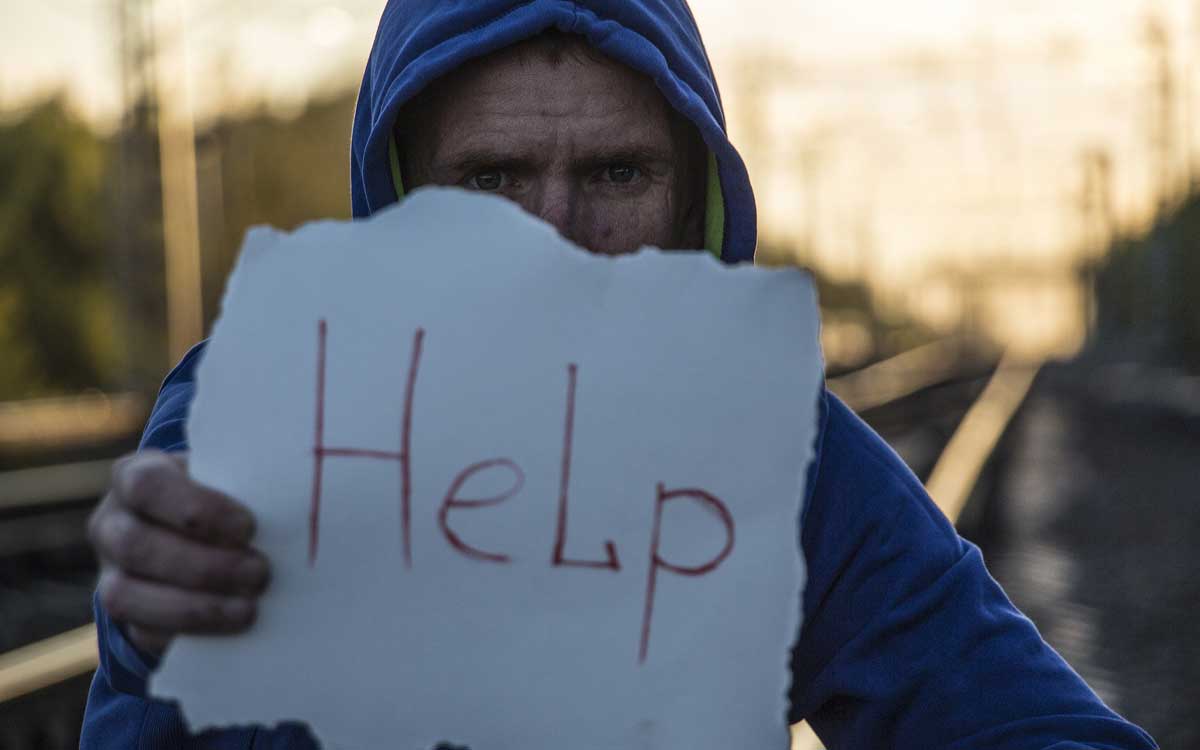 Suicides rates in Sri Lanka may be falling but self harming by youth is on the rise, the police said.

The WHO in a global update on suicide incidence in 2015 ranked Sri Lanka as the country that had the fourth highest incidence of suicide in the world. However it was quick to retract when submissions were made on the authenticity of the report which were based on antiquated figures (4506) of 2006.

Following this, Sri Lanka is now in the 22nd position in WHO global update based on 2012 statistics of the Sri Lanka Police.

Experts said that Sri lanka has shown improvement on a year on year basis following the government taking steps to ban the import of pesticide into the country in 2014.

Other reasons include creating awareness among people regarding depression and identifying and treating them.

Last year 293 persons killed themselves with 207 male and 86 females belonging to the same age group. 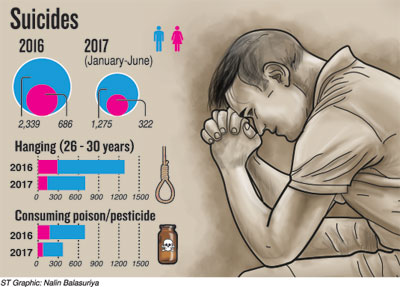 The popular mode of self harm being hanging. Consuming pesticide and torching oneself are the other tools used by these persons.

A Consultant Psychiatrist and Senior Lecturer at the Kotalawela Defence Academy, Dr. Neil Fernando agreed that suicides among adolescence in Sri Lanka is on the rise and that a study needs to be done on the causative effects.

Senior Consultant Psychiatrist and founder Director of the Institute of Mental Health said that the tendency to commit suicide among the young exists between the ages of 15 to 30 years. After 30 years the tendency slows down with the tendency soaring around 60 years.

Also a new but a disturbing trend is young mothers committing suicide. He attributes this to ignorance of families of the victim who fail to understand the woman who has just given birth to a child. She could exhibit unusual behaviour because of erratic hormonal flow in the body.

‘They fault the women for not taking care of the child,’ he said.

Many women after child birth have Postpartum syndrome and this can be misdiagnosed by the family. Early detection and treatment by consulting a psychiatrist, early is very important, he said.

Another trend is that celebrities and children from affluent families self harm themselves. Dr. Mendis attributes this to the lack of socials skills.

‘Most youth lack the skills to manage or resolve problems and they take the easy way out,’ he said.

Suicide he said is not a single event but an underlying problem that exists in a persons with suicidal tendency. ‘It is like a pendulum swinging and some life events can trigger the act. We in our ignorance conclude the event as the sole cause for the act. Media sensationalizes it by giving details of the act pushing the copy cat tendency in suicidal prone persons,’ he said.

It is important that parents establish a healthy bond with children giving them love and care. ‘They must cultivate a culture where the child knows that he/she could discuss a problem with them,’ he said.

Dr. Duleeka Knipe of the Mental Health epidemiology of Bristol Medical School in the United Kingdom called on the Sri Lankan media spoke on the ethics on reporting suicides.