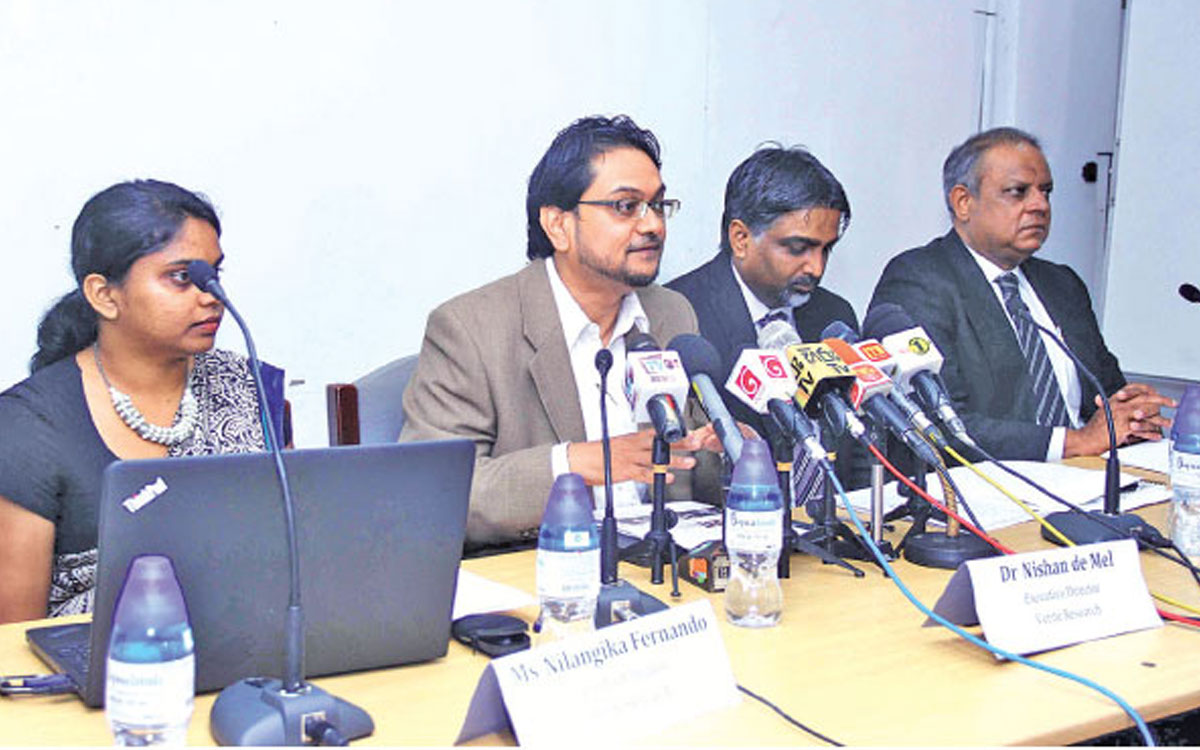 The government must follow through on its budget promises in order for business to succeed in Sri Lanka, said Ramal Jasinghe, the president of the National Chamber of Exporters

He was speaking at the Sri Lanka Press Institute yesterday at the rollout of a new budget-tracking tool developed by the think tank Verite Research.

Verite found that one-third of last year’s budget promises are currently being implemented in some form. These include projects like improving roads in rural areas, a housing project in the North and East, and a credit scheme to encourage domestic solar power generation.

But no public information exists on over half of the promised budget items, researchers said.“In exports, we make plans based on a budget,” Jasinghe said. Making promises that aren’t followed creates expectations, he said, but undermines planning. Verite Research Executive Director Nishan de Mel said he hopes that their budget-tracking tool, which can be found online at budgetpromises.org, will help business leaders, investors, citizens, and politicians all get on the same page about public finances. “The budget is not just a two-month phenomenon,” said Nilangika Fernando, who helped develop the online tracker. “What we want to do is make this whole cycle something where it’s all transparent, where we can know what’s happening with public money.”

Last year, the government made 158 promises in its budget speeches, Fernando said, which amounted to almost Rs. 140,000 million allocated.