The National Chamber of Exporters (NCE) collaborated with Verite Research on a platform to track the implementation of budget proposals.

This pioneering platform has been developed by Verite Research. It has been used to monitor the track record of the government in executing the 2017 budget proposals during the first six months of this year. 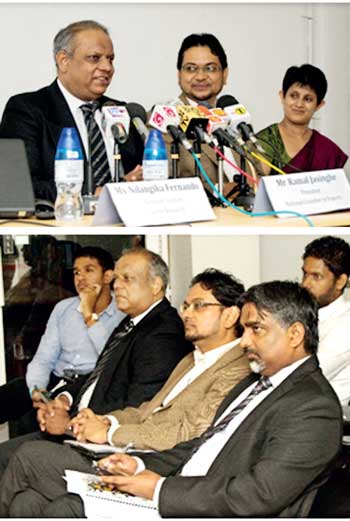 It has been found that out of these, information on 51 percent of the proposals has not been disclosed, 14 percent of the promises have not been honoured and out of the balance, which has been implemented, 32 percent is behind schedule and only 3 percent is showing progress.
At a recent press conference conducted by Verite Research to discuss the findings, NCE President Ramal Jasinghe highlighted the following:

The government makes many promises and has many visions and plans outlined in different documents.  However, it is more important to deliver on the promises, since it needs to realize that being consistent is important to the business community related to predictability in the business environment.

Money allocated for a global marketing campaign to boost exports has still not been utilized.
It was promised to establish an Exim Bank, which would have been very helpful to exporters. But it is yet to be established.

The tax structure of the budget proposals has a direct impact on the business plans of exporters, which usually covers a window of three to five years. In this respect the proposals need to be consistent to achieve the export targets of the country.

The tax structure has also to be consistent with the development of the small and medium enterprise (SME) sector to encourage exports.

Enable implementation of a payment gateway such as ‘Paypal’ to operate in the market to foster the development of small-scale export ventures.