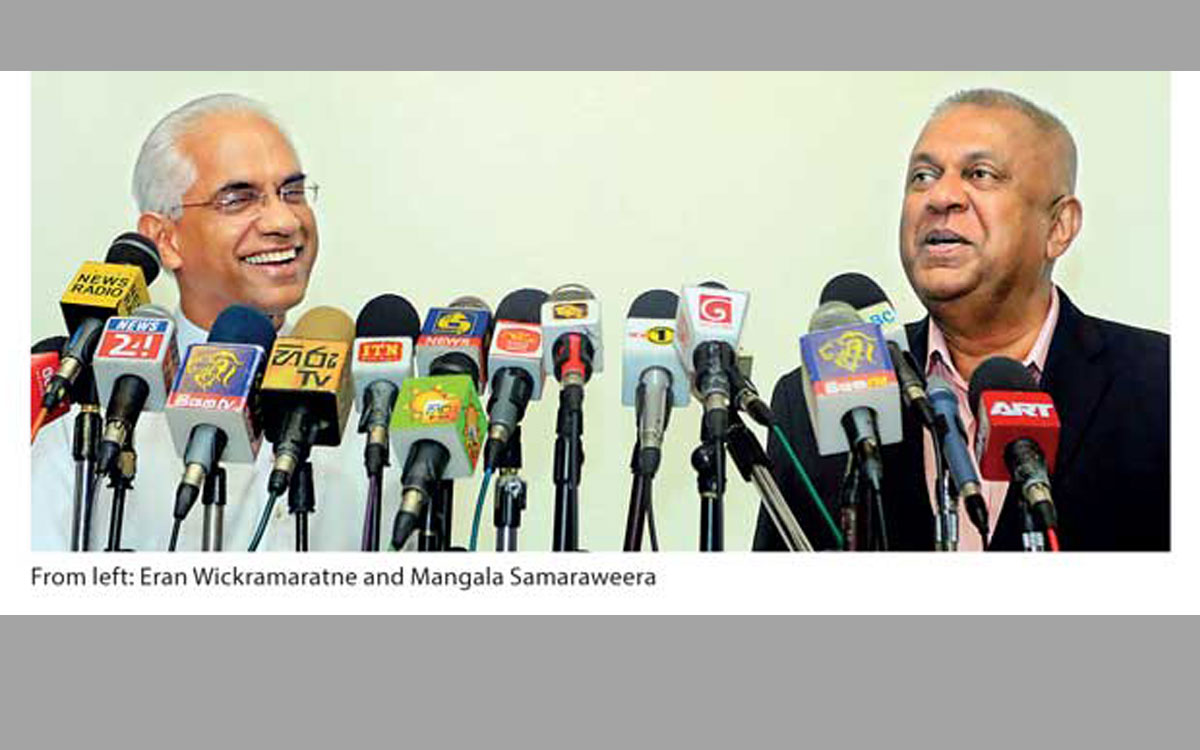 The Finance and Mass Media Ministry yesterday issued another pre-budget bonanza, this time to boost consumption with a cut in indirect taxes on several essential goods, which would cost the government Rs.1.5 billion in monthly expenditure, ahead of the local government elections in January.
“We thought that even if the government incurs a Rs.1.5 billion monthly loss, we should provide this and after two to three months we can review this,” Finance and Mass Media Minister Mangala Samaraweera said yesterday.

The changes came into effect on a midnight gazette. Just a day earlier, Central Bank Governor Dr. Indrajit Coomaraswamy noted that the budget would contain a relief package, although it is unknown whether this was what he was referring to, since the relief provided yesterday came outside the 2018 budget. When inquired how the government would finance the tax cuts, Samaraweera said that “we will have to balance from other areas”.

The government’s budget deficit in 2017 is slated to increase to 5.2 percent of gross domestic product (GDP), according to the state’s multilateral lending partners, compared to the government’s targeted 4.6 percent of GDP deficit.

Generating a primary surplus in the budget was highlighted to be more important than meeting the budget deficit this year and providing the relief announced yesterday will eat into the government’s ability to reach its primary surplus target.

The relief is being provided amidst high inflation in the country, stemming from high food prices due to supply-side disruptions formed through inclement weather patterns, increasing global commodity prices, higher food imports and increases in the value-added tax.

Finance State Minister Eran Wickramaratne noted that this tax cut was special, since in the past, pre-budget announcements by a finance minister were concerned about raising taxes.

The usual victims of pre-budget tax hikes were the tobacco and alcohol industries, towards which both Samaraweera and Wickramaratne have shown a liberal view.

In the past, taxes on these industries were raised to quickly increase revenue to show a more favourable picture of state finances, without negatively affecting the government’s image in the eyes of the public.

However, yesterday’s exercise was not the only pre-budget bonanza announced, since in August, the Finance Ministry cut taxes on several commercial vehicles and data services and provided loan subsidies for several sectors, by saying that allocations had been made for these in the 2017 budget.
Samaraweera said that today’s budget will follow the principle he daily practices: ‘give a man a fish and you feed him for a day. Teach a man to fish and you feed him for a lifetime’.

“However, at times, in special occasions, while supporting someone by providing them with a fishing rod, an immediate relief is also required,” he said.

When questioned whether this tax cut on essential goods was aimed at the crucial local government election the incumbent government has to face in January and a lack of handouts in the budget, Samaraweera said that the relief package and the elections are unrelated and to think of such a connection is cynical.

However, he said this after mentioning that “In 2015, we reduced the prices of several essential items. Even though the prices of these goods are below the prices that were prevalent in 2014, the government decided to provide relief for the recent increase in living costs.”

Wickramaratne, referring to the 2015 relief, the incentives provided in August and the increased income tax threshold in the new Inland Revenue Bill added that “all of these were done recently”.