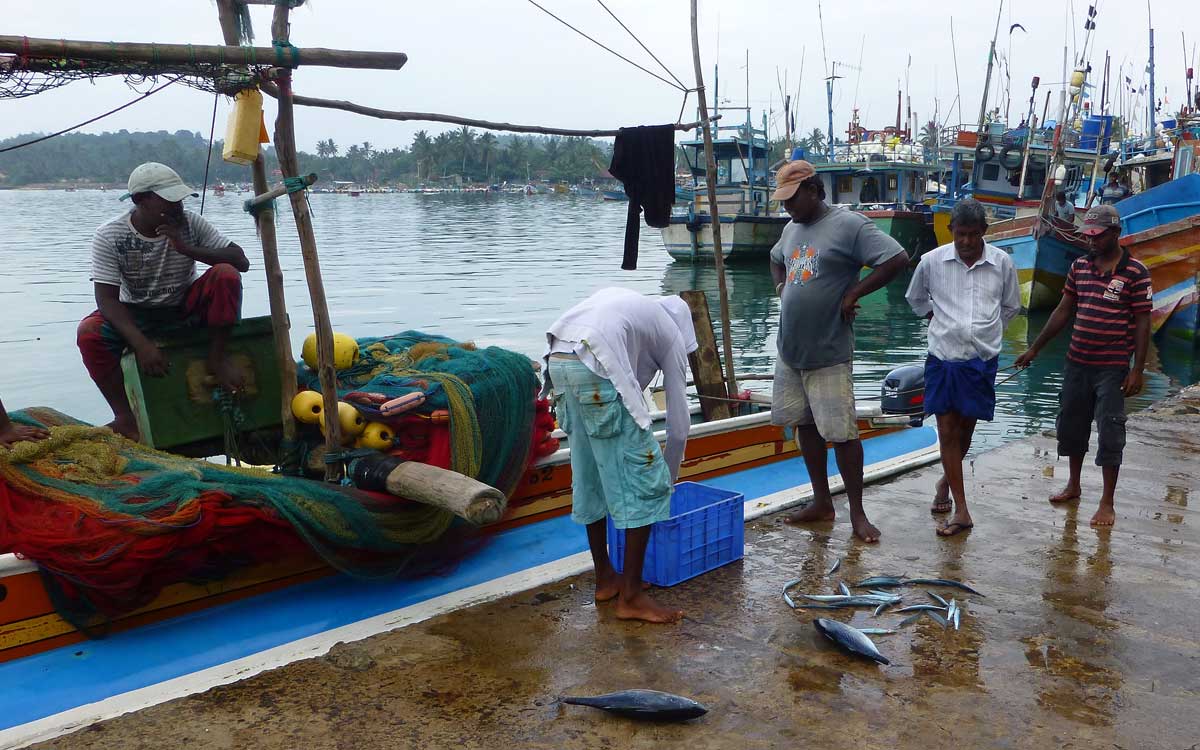 In July 2017, Sri Lanka became the first country in Asia to completely ban bottom trawling and the use of destructive trawl nets. Six months later, the Department of Fisheries proposed to weaken this ban by allowing ‘less destructive’ trawling in designated trawling zones. A majority of fishermen in the Northern Province are outraged by this announcement and have protested the non-enforcement of the ban. Eleven representatives from Jaffna and Puttalam-based fisherman’s cooperative societies travelled to Colombo on January 17 to meet the Minister of Fisheries and petition him to enforce the ban in full. The Minister has since promised to fully implement the legislation after the local government elections. This article recalls the context in which Sri Lanka’s ban on bottom trawling and trawl nets was instituted and presents three reasons for immediately enforcing the ban. 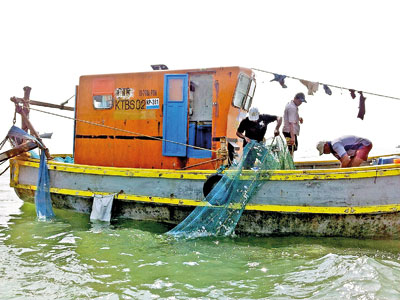 Mechanised bottom trawling inflicts severe environmental damage. It destroys critical coral reefs and sea grass bed habitats due to the fact that it involves dragging nets across the seafloor.

Meanwhile, mechanised trawl nets are indiscriminate and result in high levels of ‘by-catch’ in which marine mammals, sea turtles, birds and a wide variety of commercially less valuable juvenile species are trapped in these nets, and often perish. By-catch due to trawling has been recorded as high as 92 per cent in Sri Lanka.

In this overarching context, the influx of thousands of Indian mechanised bottom trawlers to the Northern coast of Sri Lanka presented an enormous environmental and economic challenge. The combined efforts of Northern fishermen, key political actors including TNA MP M.A. Sumanthiran, and research-based advocacy groups, resulted in the landmark ban on mechanised bottom trawling and trawl nets in July 2017. Since the passage of the legislation, fewer Indian trawlers have been seen operating in Sri Lankan waters. Yet many Sri Lankan vessels are taking up the destructive and unsustainable practice due to non-enforcement of the ban

Need to enforce the ban

There are at least three reasons as to why the Government of Sri Lanka including the Ministry of Fisheries should enforce the total ban on mechanised bottom trawling and trawling nets without delay.

Globally, fishing stocks have declined dramatically. A FAO study in 2016 placed 31.4 per cent of fish stocks globally as ‘overfished’, 58.1 per cent ‘fully fished’ and only 10.5 per cent categorised as ‘under fished’. Sri Lanka is surrounded by rich fishing resources and stands to benefit greatly from high quality, sustainably harvested marine products that fetch a higher price on the global market. This is because global markets often require seafood products to be produced through sustainable fishing practices. For example, many supermarkets in Europe have a policy of selling only eco-labelled fishery products. In Germany, approximately 50 per cent of supermarkets shelves are stocked with eco-labelled fishery products.

Moreover, Sri Lanka’s biggest exports markets are Europe and the US which already demand adherence to strict health and illegal, unreported and unregulated fishing activities (IUU) requirements. In 2012 and 2013, Sri Lankan seafood export earnings grew at approximately 20 per cent. However, earnings contracted sharply in 2015 (-32.9 per cent) following the one and a half-year ban on Sri Lankan seafood to the EU for IUU infringements. Export earnings are now recovering following reform of the fisheries sector. However, this incident should serve as a reminder of the economic cost of not adhering to IUU requirements.

Hence, both overfishing of global fish stocks and an increasing demand for sustainably harvested fish products place Sri Lanka in a position to both sustainably increase its relatively low catch rates and supply a growing niche market.

The continued use of illegal trawl nets and environmentally unsustainable methods may reduce opportunities to access higher value overseas markets for seafood products from Sri Lanka, as well as develop a domestic market for higher quality, sustainably harvested, seafood.

Enforcement of the ban will help Sri Lanka meet domestic and international obligations. Based on reports of local fishermen, trawl net fishing continues within an international Ramsar Wetland protected area adjacent to Wilpattu National Park, and the Palk Bay, which is another ecologically sensitive site. Moreover, in Sri Lanka, the by-catch of trawling often includes dugongs and sea turtles (mainly the Olive Ridley), both of which are declared vulnerable on the International Union for Conservation of Nature (IUCN) Red List.

Due to their unsustainable and indiscriminate nature, trawlers violate the Flora and Fauna Protection Ordinance, which protects certain species of wildlife, such as sea turtles and dugongs, and restricts activities within protected areas. Trawlers also arguably violate at least three international conventions, including the Ramsar Wetlands Convention, the Convention on Migratory Species, and the United Nations Convention on the Law of the Sea (UNCLOS) for these same reasons.

The enforcement of the ban remains crucial to preventing new incursions by Tamil Nadu trawlers. Tamil Nadu trawlers were compelled to withdraw from disputed traditional waters following the ban. It was on environmental grounds that the dispute was concluded. In fact, the ban has prompted India to taking measures to reform its own fishing industry by considering a ban on bottom trawling in the Palk Bay. Yet, by failing to enforce the ban on Sri Lankan vessels that operate trawl nets, Sri Lanka now risks losing its hard-fought moral position, and destabilising diplomatic ties with India.

Another emerging argument that lends support to the full enforcement of the law is fuelled by reports of bullying by boat owners engaged in illegal trawl net fishing who are allegedly cutting nets of traditional fisherman. Whether these events are substantiated does not take away the fact that the presence of boats engaged in trawling under any guise, is illegal. Implementation of the ban under the Act serves to quell such emerging issues and focus on supporting positive reform to the fishing industry supported by this government.

The Government of Sri Lanka is positioned to transition Sri Lanka’s fishing industry into a global supplier of sustainable seafood products. It can also promote Sri Lanka as a global champion on environmental protection and marine conservation. In the face of the clear reasons outlined in this article, the Minister of Fisheries must keep his promise to fully enforce the ban on mechanised bottom trawling and destructive trawl nets.