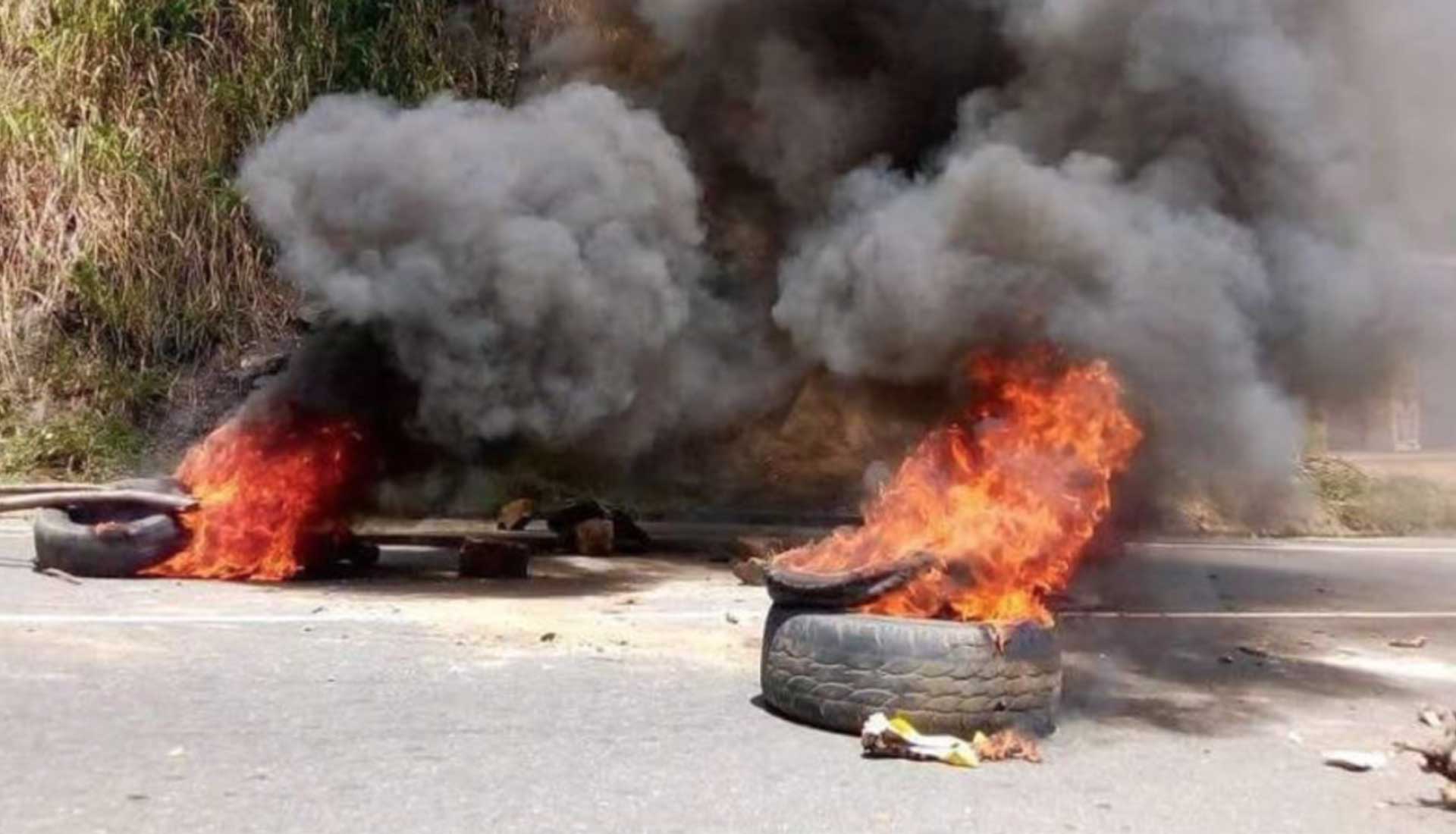 Struggling to contain a spate of Buddhist-led attacks on minority muslims, Sri Lanka’s government imposed temporary blocking of social media and chat applications on March 7. This followed the reintroduction of Emergency Regulations, for the first time since 2011.

The Telecommunications Regulatory Commission (TRCSL) has ordered all telecom operators to restrict access to Facebook, Viber and Whatsapp across the country for three days, Reuters reported. This is “to prevent the spread of communal violence”, the news agency quoted an unnamed government official as saying.

Meanwhile, AFP news agency added how Internet access has been stopped entirely to the Kandy district “after discovering rioters were using online messaging services like WhatsApp to coordinate attacks on Muslim properties”.

Blocking public communications networks is ill-advised at any time, and especially bad during a crisis, when people are frantically seeking situation updates or sharing information about the safety of loved ones.

Blocking selected websites or platforms is a self-defeating exercise in any case, since those who are more digitally savvy – many hate peddlers among them – will now use proxy servers to get around. It is the average web user who is deprived of news, views and updates. Such information vacuums can allow rumours to spread fast and wide.

But such finer points seem to be lost on the Lankan authorities, who did not have a contingency plan for crisis information management. That is despite some of us emphatically advocating developing one after experiencing chaos during monsoonal disasters in 2016 and 2017.

Of course, a wholesale blocking is much easier to order, even if wholly counterproductive.

On March 7 morning Dialog Axiata, the country’s largest telecom network, sent out a message and also tweeted to all subscribers saying: “On the directive of TRCSL in the interests of national security, access to certain social media sites and messaging platforms will be restricted with immediate effect until further notice.”

In reality, however, this is more a case of public order than a matter of national security. Faced with a major breakdown in law and order, the government should have policed the streets properly, before trying to police the Internet.

On that front, progress has been highly unsatisfactory up to the time of writing on the night of March 7. Despite giving the police enhanced powers and declaring night time curfews, mobs have kept on attacking Muslim mosques, shops and homes in the Central Province. Reports with images have been filed by both trusted foreign correspondents visiting affected areas, as well as by smartphone-totting residents of impacted localities.

I find it simply incredible that the police cannot quell these mobs, most of who are armed with just sticks and fuel cans. Is it because mobs are often led or instigated by extremist Buddhist monks, widely regarded as beyond reproach in traditional Lankan society?

In sharp contrast, the same police force has been deployed swiftly and ruthlessly in recent months against university students and trade unionists demonstrating peacefully on Colombo’s streets.

Police brutality, and not their docility or impotence, was the big concern on such occasions. So why is the police hesitant, or unwilling, to act against saffron-robed hooligans so openly defying and breaking the law?

In any case, the government’s blocking of social media and chat apps came too late to contain the current violence. The genie of hatred is well and truly out of the bottle, running amok as government plays watches confused.

We did not reach this point overnight. For many years, ultranationalists have been poisoning the public mind with racial and religious hatred. Some local language newspapers – in both Sinhala and Tamil – regularly use racially-charged language and accommodate extremist viewpoints. Privately owned TV channels, engaged in a fierce competition for ratings, have also sometimes played with fires of communalism.

Somewhere around 2010, Sinhala ultra-nationalists discovered social media, where there were no gatekeepers or restraints that apply – however imperfectly – in the mainstream media. Over the years, a few political and religious groups systematically ‘weaponised’ social media. They exploited the web’s facility to remain anonymous or use pseudonyms, and the social media’s great ease of sharing content.

Warnings have been sounded even if they went unheeded. Since 2014, social activists and researchers have gathered and analysed evidence of rising volumes of hate speech on Facebook, the country’s most popular social media platform (which now has over 6 million Sri Lanka Lankan users, nearly a third of the 21 million population).

In the first such local study published in late 2014, the Centre for Policy Alternatives (CPA), a non-profit, non-partisan group noted: “The growth of online hate speech in Sri Lanka does not guarantee another pogrom. It does however pose a range of other challenges to government and governance around social, ethnic, cultural and religious co-existence, diversity and, ultimately, to the very core of debates around how we see and organise ourselves post-war.”

While the Muslim communities in Sri Lanka – who make up 9% of the population – have been the direct target of online hate speech, the CPA study found how various other groups are also been targeted. Among them were human rights activists, politicians, clergy who advocate religious harmony, women, the LGBT community and citizens who don’t ‘identify with the hard-line Sinhalese Buddhist cause’.

According to human rights lawyer Gehan Gunatilleke, a law to deal with hate speech has been in the country’s law books for a decade. The International Covenant on Civil and Political Rights (ICCPR) Act No 56 of 2007 prohibits the advocacy of ‘religious hatred that constitutes incitement to discrimination, hostility or violence’. This law is fully compliant with international standards.

The problem has been its non-enforcement. To date, no one has been successfully prosecuted for this offence either online or offline. The police and attorney general seem to be unwilling to file charges using this law, despite some offenders posting hate-spewing videos online under their names.

Such a culture of impunity has clearly emboldened the racists, religious zealots and those brainwashed by them. They soon stepped up their vitriol online, and spread complete fabrications against minorities, especially the Muslims.

One oft-repeated claim revolves around a vast conspiracy ‘to make the Sinhalese infertile’ through food or clothes sold at Muslim-owned shops. The myth has been used in the past to call for consumer boycotts of such establishments (they failed). It is this fallacy that triggered an eruption of violence in Ampara, in the Eastern Province, on February 27.

Health authorities and medical professionals have reassured that no such ‘instant infertility drug’ exists, but the credulous continue to believe it. Other, more sinister tales of today’s ethnic minorities (especially Muslims) becoming majority in a few decades are also shared uncritically. Demographers have debunked them as complete nonsense, but the myth persists.

Social media is a noisy and contested space, for sure, but many have been using the platform to counter myths, misconceptions and prejudices. Notable among them is Kumar Sangakkara, former Sri Lankan cricketer and captain, whose social media following far exceeds that of political leaders. He has this week issued a passionate appeal for peace, harmony and restraint.

In recent days, thousands of men, women and children have expressed similar sentiments on social media. Some of them have offered safe haven to any Muslims under threat, while others have showcased rare instances where Buddhists guarded mosques against attacks.

The outpouring of goodwill and solidarity has yet to be mapped or quantified, but we certainly should not underestimate its symbolic value. Unlike in 1958 or 1983 – when earlier waves of ethnic violence erupted in Sri Lanka – today’s citizens are increasingly networked and expressive.

The temporary blocking of Facebook will pause such positive exchanges, but hopefully not for long.

Indeed, policy makers and regulators need to come to terms with this new communications reality. Gone are the days when government or mainstream media could control flows of information. For better or worse, that power has been democratised.

The challenge now is how to enhance everyone’s digital literacy as a strategy of strengthening the online community’s capability to counter hate speech, fake news and other abuses.

Sri Lanka’s Minister of Telecommunications and Digital Infrastructure Harin Fernando has been quoted saying that this week’s restrictions have been taken “as an extraordinary but temporary response to limit the increasing spread of hate speech and violence through social media websites and phone messaging applications”.

He has added, “Do not make the mistakes of our past generations…You have in your hands, technology that our forefathers didn’t even imagine was possible…put down your smart phones, let go of your hate and help make a new Sri Lanka that is good for everyone.”

When a few extremists weaponise airplanes, automobiles or other everyday objects, modern societies don’t stop using these inventions but instead step up precautions and preparedness. Similarly, Sri Lanka now needs to move to a new phase in its digital transformation.

We hope the government, the IT industry and civil society can at last have that long overdue public discussion on how best the web and social media can be optimised for national healing, harmony and growth.

The age of innocence has now ended, and a new era of cautious, enlightened engagement must soon begin.