On Kandy: How Myths about Minorities Underlie Violence 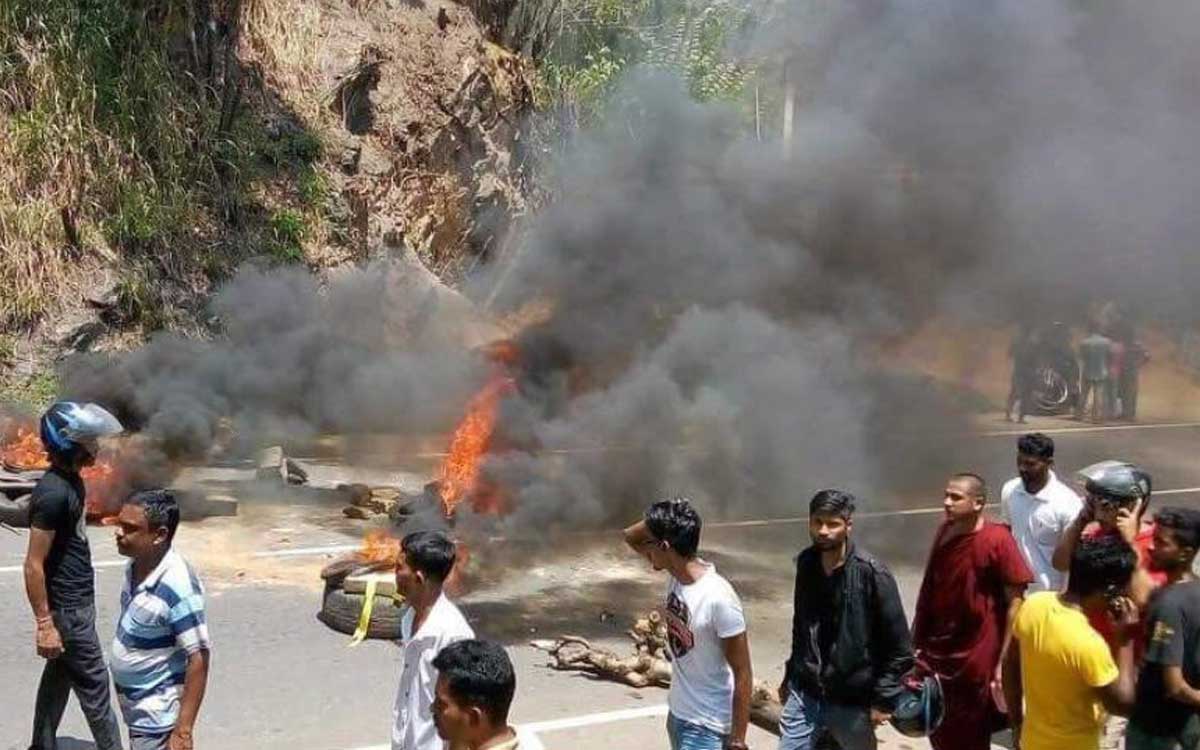 A man belonging to the majority ethnic group was attacked by a youth from the minority ethnic group. Two days later, the mortally wounded man succumbed to his injuries and dies. Within hours, angry mobs physically attacked members of the minority community, looting their businesses, and setting fire to their homes and places of worship. This was Kristallnacht, or the Night of the Broken Glass in Nazi Germany, 9-10 November 1938. Sound familiar?

On 22 February 2018, a Sinhalese man was seriously injured in an attack by a group of Muslim men in Kandy. The victim passed away due to his injuries on 3 March. By the evening of 4 March, violent mobs began to target Muslim-owned homes, businesses and mosques. Attacks against Muslim-owned properties and mosques, and outpourings of speech inciting violence against Muslims on social media continued for a number of days. One week prior to the events in Kandy, violence targeting Muslim-owned businesses in Ampara broke out in response to rumours that Muslim restaurants served food containing ‘sterilisation pills’ to Sinhalese patrons. The instigators of the violence claimed that Muslims were attempting to prevent Sinhalese from procreation, and insinuated that Muslims aimed to out-populate the Sinhalese.

It is important not to overstate parallels. Scapegoating of minorities often takes place on a spectrum – with the treatment of Jews in Nazi Germany at the extreme end of that spectrum. However, comparing the scapegoating of Jews in Germany and Muslims in Sri Lanka may be important if we are to recognise that Sri Lanka is on a slippery slope towards that extreme end. Besides, let us not forget that in 1915 – the same year a nationwide anti-Muslim pogrom took place in Ceylon – Sinhala-Buddhist ideologue Anagarika Dharmapala described Muslims as ‘Shylockian’ in their methods to become ‘prosperous like Jews’.

The major difference between the events of Kandy and Kristallnacht concerned the role of the state. The Nazi Minister of Propaganda, Joseph Goebbels made a speech in response to the death of the German citizen on 9 November, claiming ‘the Führer has decided that … demonstrations should not be prepared or organized by the Party, but insofar as they erupt spontaneously, they are not to be hampered.’ This was taken as carte blanche for Nazi loyalists as well ordinary citizens to take their revenge on Jews across Germany (as well as in Austria and the Sudetenland). We do not see such blatant carte blanche in Sri Lanka today. But we have in the past – during the anti-Tamil pogrom of 1983, and to a large extent, during the anti-Muslim riots of 2014.

The major similarities between Kandy and Kristallnacht, however, are worth noting. Apart from the factual similarities in the trigger events, the wider social phenomenon of scapegoating is strikingly similar. The first similarity concerns economic scapegoating of the targeted minority community. The second involves racist population politics.

First, Muslims are scapegoated in Sri Lanka by representing them as a threat to Sinhala-Buddhist economic dominance. Muslims are resented for their perceived economic success particularly in times of economic hardship. Ahilan Kadirgamar, in an article published a few years ago, discusses precisely this tendency to target economically successful minorities during times of economic recession. Similarly, Jews were widely resented in Nazi Germany (and previously during the Weimar Era) for their economic strength, and for being relatively unscathed by the impacts of the financial crisis that rocked Germany between 1929 and 1933.

Second, the Muslim population in Sri Lanka is perceived to have grown disproportionately compared to other ethno-religious groups, thereby presenting a numerical threat to the demographic dominance of the Sinhala-Buddhist community. As seen in Ampara, this perceived threat is exploited by militant groups that have spread propaganda on Muslim plans to ‘sterilise’ the Sinhalese. Population politics were also significant in Nazi Germany, but they were clearly more extreme. Marriages between Aryans and Jews were prohibited by law in 1935 to ensure the ‘purity’ of the Aryan race. Moreover, programmes were designed to reduce the Jewish population – first through forced emigration, and eventually through extermination. While it is easy to dismiss these comparisons as overstated, it is not difficult to imagine Muslims being compelled to flee Sri Lanka in the future should violence against them continue with impunity.

The current context in Sri Lanka suggests that, as in Nazi Germany, the rhetoric of ultra-nationalist militant groups resonates with large segments of the population. Meanwhile, politicians and law enforcement actors in Sri Lanka have failed to take decisive action against perpetrators of violence. Moreover, militant nationalist groups such as the Bodu Bala Sena and Sinhala Ravaya might well be emboldened to incite ethno-religious violence in light of the impunity they have enjoyed since the Aluthgama riots of 2014. Sri Lanka has not deteriorated into the blatantly fascist milieu that was witnessed in Nazi Germany. Yet if we are not aware of what lies ahead at the extreme end of the spectrum, we risk reaching a point of no return.