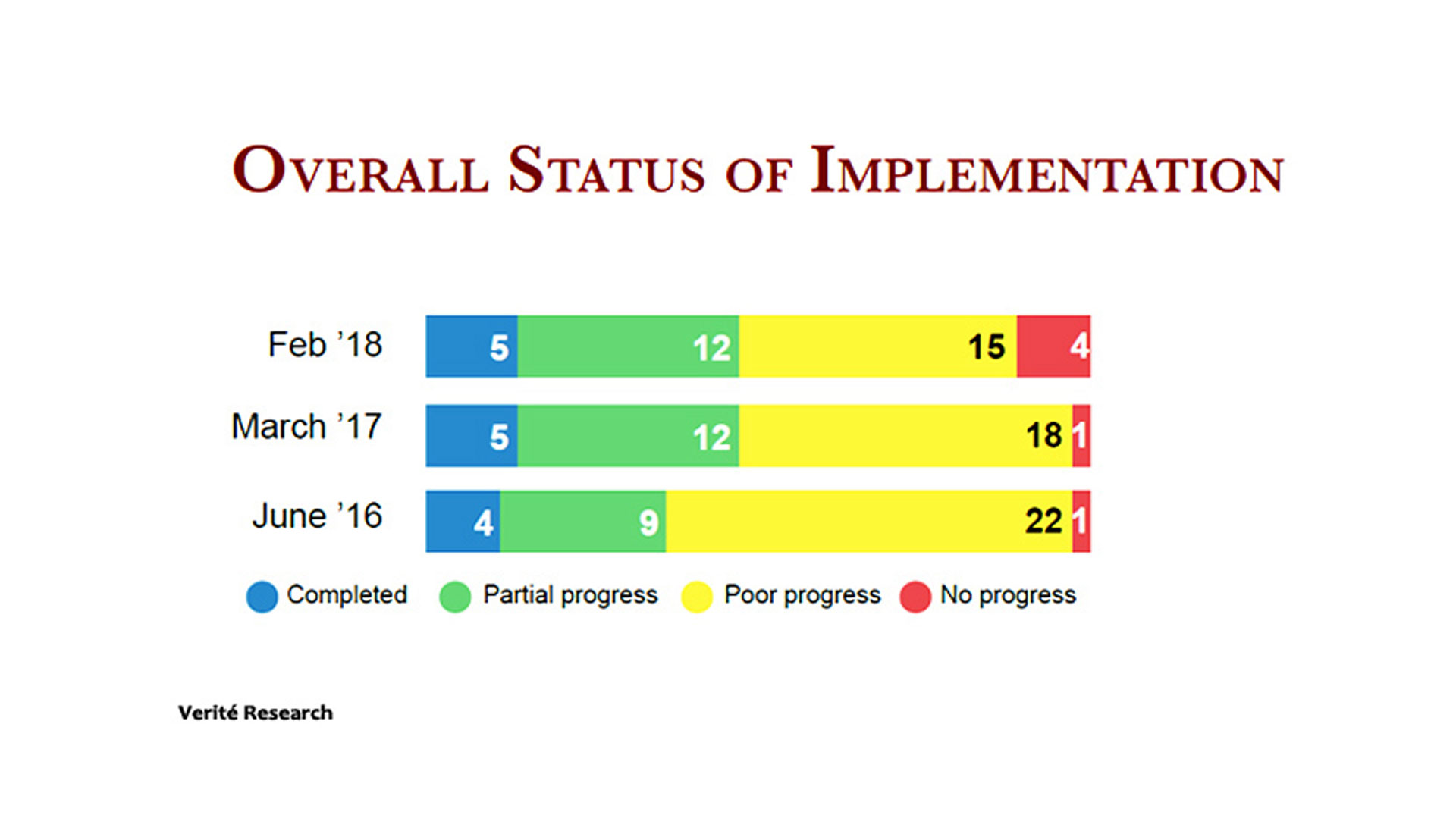 Mar 09, 2018 (LBO) – Sri Lankan government has made minimal progress towards the fulfillment of its commitments in UNHRC resolution on Sri Lanka, a research firm said.

Verité said in a research report that only two out of 36 commitments saw an improvement in their implementation status in recent months.

“Since March 2017, the government lost ground in the fulfilment of five commitments,” Verité Research said.

These commitments include the establishment of accountability mechanisms, and the prevention of attacks against religious minorities.

“Approximately two and half years since co-sponsoring resolution 30/1, the government has completely fulfilled only five out of its 36 commitments, with no change in this regard since March 2017.”

In doing so, the Sri Lankan government committed to a range of measures dealing with human rights, accountability, and reconciliation.

The Sri Lankan government co-sponsored a fresh resolution during the 34th session of the UNHRC, held in March 2017.

Co-sponsored resolution 34/1 reaffirms the above commitments, and requests that Sri Lanka fully implement measures identified in resolution 30/1 that are outstanding.

Sri Lanka’s progress on reconciliation, accountability, and human rights is due to be taken up for discussion at the UNHRC’s 37th session to be held in later this month. 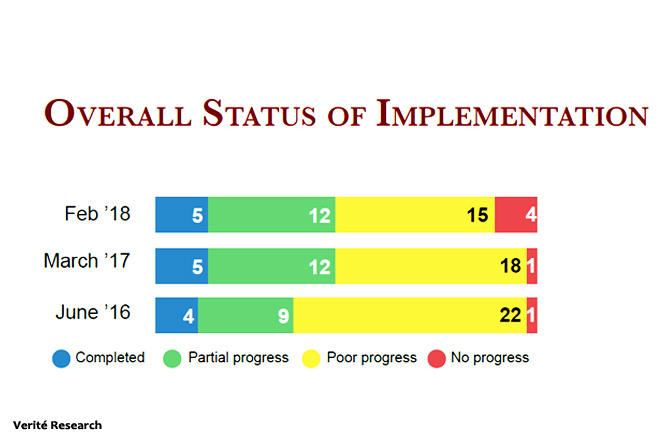