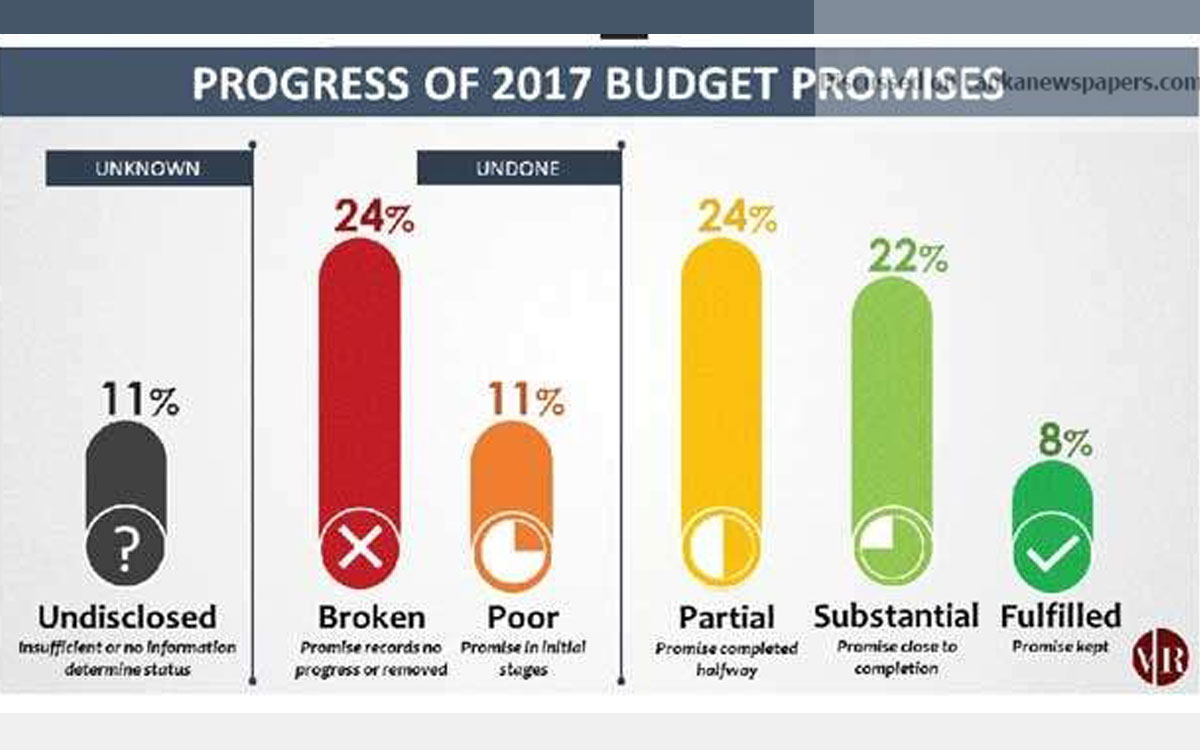 The government has made significant progress in disclosing the status of implementation of promises in the budget 2017 in the last six months of 2017 and beyond, compared to the first half, a leading think-tank in the country said. 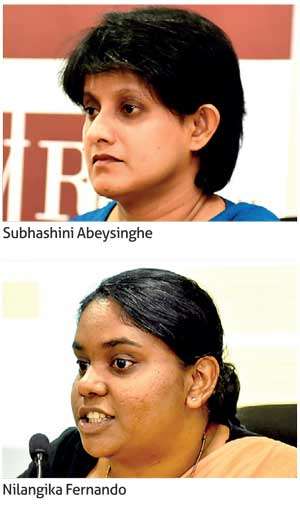 However, the government has been able to fulfil only 8 percent of budget promises while the status of 35 percent remains broken or incomplete. The implementation of about 46 percent of the budget proposals is either halfway completed or close to completion.

Verité Research Research Director Subhashini Abeysinghe pointed out that despite the relatively improved transparency, the government has only utilized Rs.55.4 billion of allocated funds under the budget 2017, out of Rs.116.9 billion.

“The allocations are different to what they are actually planning to do and what’s actually happening. The question is where the money went. We don’t know what happened to Rs.21.9 billion, which was not disclosed whatsoever,” Abeysinghe said.

“It’s not a crime not being able to implement a budget promise as there could be other priorities when funds are needed and sometimes the proposals get delayed due to various reasons such as government procurement process.”

However, she noted that by disclosing this information to the public, the government could build credibility while gaining the trust of the taxpayers.

Abeysinghe stressed that the transparency of government expenditure and tax evasion is directly linked.

“If the government is honest and transparent about what they are doing with the taxpayers’ money, more people will be willing to pay taxes. So, that’s something I think the government should realize.”
Meanwhile, commenting on the quality of some of the budget proposals implemented, Fernando said the public is yet to be aware of the full details.

“For example, the Education Ministry has completed the implementation of the Rs.200,000 health insurance for students. However, we don’t know the number of students covered and the utilization of the allocation of Rs.2.7 billion.”

Verité Research also pointed out that during election cycles, the expenditure in sectors such as agriculture and education tend to go up, beyond the budgeted allocations, as politicians know that additional funding to such sectors can surely influence the voting patterns.

“This allows the government to deceive the public for political mileage and break budget promises and get away without being questioned or being held accountable. Though we launched the budget tracker last year, this is not a problem that is unique to this government. This is a perennial problem and this has been the case for successive governments,” Abeysinghe added.

Verité Research’s budget tracker was limited to physical implementation of budget proposals rather than utilization of allocated funds and budget proposals with over Rs.1 billion fund allocation.