Revisiting 1915: lessons from a violent past 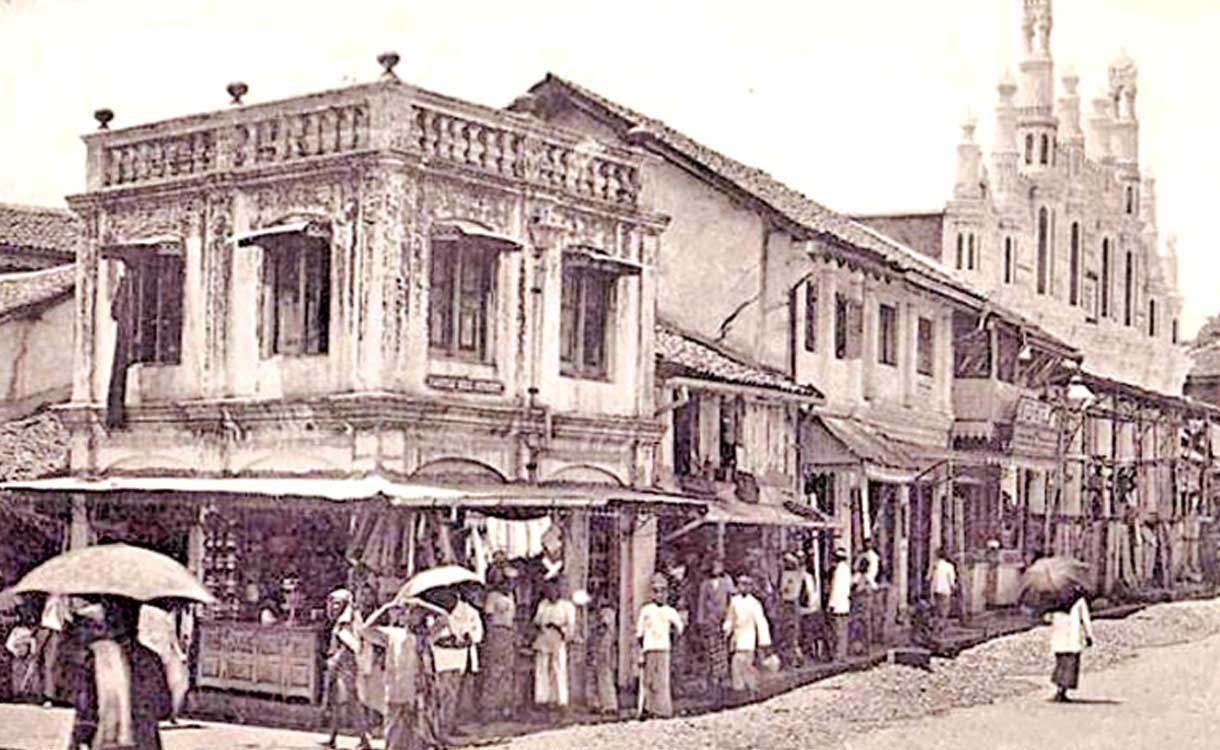 The recent mob attacks against Muslim families and property in Kandy is another sad chapter in Sri Lanka’s history of ethnic violence.

Now, many are re-examining the past, looking for reasons for why this ugly strain of communalism will not subside, and for ways to fight it for the future.

Because before Digana in March, and before Aluthgama in 2014, there was 1915.

In May of that year, following a fight outside a mosque in Kandy during the Vesak perahera, mobs killed 25 people, raped four, and injured 189 in a wave of anti-Muslim violence that spread across the island.

The British colonial government declared martial law, and its army and police killed at least 63 people in the crackdown. There are records of English volunteers, like planters and businessmen, openly shooting people with the tacit consent of the state.

By the time the rioting stopped, more than 4,000 Muslim shops had been looted and 17 mosques burned over a period of nine days.

The riots of this year and those of 1915 are separated by more than a century. But historians argue that critically examining history can reveal valuable lessons for the present.

A fight over noise How was it that a small local scuffle during a perahera exploded into island-wide rioting?

Multiple scholars of Sri Lankan history have focused on a factor that at first glance seems unrelated: the British regulation of noise in colonial Ceylon.

The British government ordered new restrictions on noise in 1865. The police ordinance of that year “forbade the beating of drums at any time, within any town, without a licence by the state,” said Shamara Wettimuny, Head of the Politics Team at Verité Research, in a recent lecture.

Under the regulations, noise from religious processions also had to be stopped within 100 yards of any place of worship. Those who violated the rules could be fined or imprisoned.

Though the regulations were not written to target a specific religious community, through court rulings and restrictions on peraheras, Sinhala Buddhists “came to regard the regulation of noise worship as a British tool of discrimination,” Wettimuny said.

She pointed to a case from 1895, when the municipal court in Colombo charged the chief monk of a Buddhist temple for allowing the beating of drums without a licence. The drums are common and integral to many Buddhist rituals.

In the following judgement, the chief justice said, “The idea must not be entertained that a noise, which is an annoyance to the neighbourhood, is protected if it is made in the course of a religious ceremony,” Wettimuny recounted.

So in British Ceylon, peraheras and noise worship became politically charged activities. Wettimuny said that this sense of discrimination and the feeling that their culture was under threat, helped solidify an already emerging “Sinhala Buddhist” ethno-religious nationalism.

“The British regulation of religious rights was perceived as antagonistic towards Sinhala Buddhist culture,” she said.

Other scholars have pointed to the noise issue as well.

“This ordinance created a new space for conflict between religious communities that until then had not systematically considered drumming a ‘disturbance,’” wrote Nira Wickramasinghe in her book Sri Lanka in the Modern Age.

Even before the 1915 riots, fights between religious communities over this ordinance were brewing.

Local Muslims in the town of Gampola, for instance, appealed to the colonial authorities to stop Buddhist processions from passing their mosques. The Supreme Court ultimately sided with the Muslims.

These tensions created a hostility that was “simmering for years,” according to the anthropologist S.J. Tambiah.

In his book Leveling Crowds, he quotes from Sinhala Bauddhaya, the paper run by Anagarika Dharmapala.

“From the day the foreign white man stepped in this country, the industries, habits and customs of the Sinhalese began to disappear and now the Sinhalese are obliged to fall at the feet of the Coast Moors and Tamils,” it read in 1912.

In May 1915, these tensions exploded. The Vesak perahera of that year fell on May 28. While local Buddhists were planning for the annual procession, police ordered them to divert it away from the Castle Hill Street mosque.

“This decision to shield the mosque from Buddhist noise worship was viewed by Sinhala Buddhists as minorities receiving preferential treatment from the state,” Wettimuny said.

The organisers agreed to the diversion, but fighting still broke out as the procession passed the mosque.

Police could not contain the violence, and the authorities ordered police and military reinforcements from Colombo.

The mob violence continued, and three days later, perhaps aided by the vacuum left by law enforcement officers who went to Kandy, rioting broke out in Colombo. It also spread into the communities around Kandy, and large swathes of the Southern and Western Provinces.

In all, five of Ceylon’s nine provinces saw anti-Muslim rioting.

Noise was certainly a major faultline contributing to the initial violence in Kandy. But other historians point to other compounding factors as well.

Feminist scholar Kumari Jayawardene cites the rising prices of commodities during World War I, and argues that many Sinhalese accused Muslims of exploiting the situation by raising prices locally.

She relays the account of a mob near the Maradana railyard in Colombo attacking a nearby tea shop, apparently over the increase in the price of a cup of tea.

Both Jayawardene and Tambiah also note how the violence seemed to follow the rail lines, as they facilitated the fast dissemination of information, especially rumours.

And rumours were rampant. A few, according to Tambiah, were that Muslims were planning to destroy the Dalada Maligawa in Kandy, that the colonial government wanted Muslims expelled from the country, and that Muslims were raping Sinhalese women.

Riots erupted across the island for nine days before the British government regained control through the brutal exertion of martial law.

Wettimuny argued that more scrutiny needs to be directed to the British government, and how they were culpable in fostering the conditions that led to ethnic conflict in the first place.

The riots are a case in how “seemingly benign laws can have devastating repercussions when they are applied without sensitivity to existing faultlines in divided societies,” she said.

Certain aspects of the 1915 riots echo in today’s context.

The role of rumour stands out especially. It’s widely reported that the anti-Muslim violence in Ampara started with the rumour that a Muslim-owned hotel put ‘sterilization’ pills into a Sinhalese customer’s food.

Myths also swirled before and during the rioting that broke out around Kandy, such as that a fatal fight stemming from a traffic incident was actually part of a large-scale Muslim plot to wipe out the Sinhalese.

In the new age of social media, “we’ve moved from the speed of truck or (night mail) train to spread rumour, including in July 1983, to the speed of light,” said Sanjana Hattotuwa, who studies hate speech and social media for the Centre for Policy Alternatives.

“This means that violence can spread and hop geography,” he added.

The colonial government’s response to the 1915 rioting was martial law and deadly suppression by law enforcement.

The current government, when it became clear that local law enforcement could or would not contain the mob violence, shut down social media altogether as a way to stop the flow of rumour.

Hattotuwa argued that clumsy responses to the symptoms of ethnic division are not a long-term solution to an ugly phenomenon that won’t recede.

“It is vital to address underlying causes of violence, more than the ways in which the hate is spread,” he said.

The government and civil society should instead foster “a greater narrative that asks (people) to be part of something new and forward looking, instead of being hostage to a past and (its) attendant insecurities,” he added.

Seventy years have passed independence; that solidarity needs to be rediscovered.