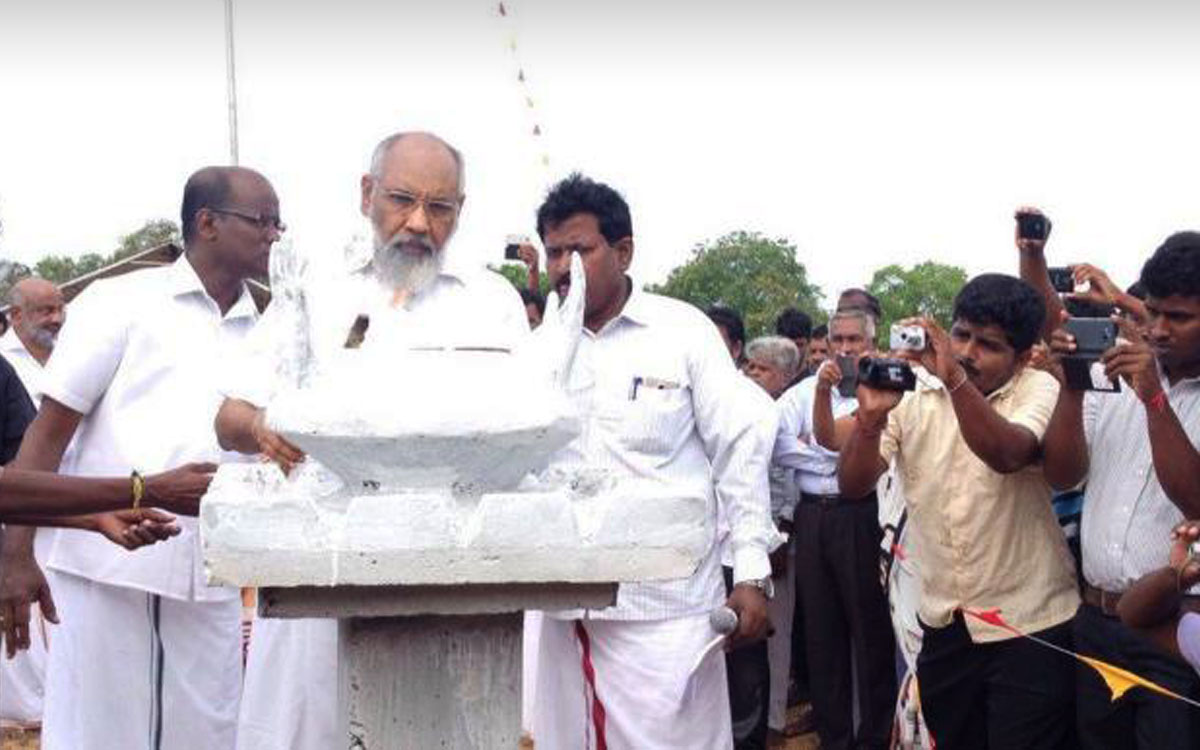 Colombo, May 20: Nine years after the war between the Sri Lankan armed forces and the Liberation Tigers of Tamil Eelam (LTTE) ended in May 2009, reconciliation between Sri Lanka’s majority Sinhalese and minority Tamils still appears to be a far cry.

And most disturbingly, the logjam is creating the ground for extremist thinking on both sides of the ethnic divide, forcing President Maithripala Sirisena to take note of it in his address to the Security Forces on the occasion of War Heroes’ Day here on May 19, writes P.K.Balachandran.

He vowed to fight extremism in the South as well as the North” and asked people to eschew extremism. With the Southern Sinhalese politicians dragging their feet on setting up post-war justice and reconciliation mechanisms, Northern Tamil leaders are voicing extremist demands.

According to the Colombo-based Verite Research Sri Lanka has fulfilled only five out of its 36 commitments made to the UN Human Rights Council (UNHRC) through a co-sponsored resolution in September 2015. And this is the record of an avowedly pro-reconciliation government led by President Maithripala Sirisena and Prime Minister Ranil Wickremesinghe.

Earlier, under the Mahinda Rajapaksa regime (2005-2014),no attempt was made to address the Tamils’ grievances as the government was basking in the glory of winning the war against the Tamil Tiger rebels.

After much delay, the government of Sirisena and Wickremesinghe operationalized an Office of Missing Persons (MOP) this year. But the OMP lacks teeth. It has no investigative or enforcing authority. It is now doing what previous commissions on missing persons did, namely, collecting data all over again.

The Prevention of Terrorism Act is yet to be replaced by a more internationally acceptable Act. Fifty six political prisoners” (former LTTE activists) are languishing in jail for years as under trials with no hope of release.

Lands seized by the armed forces from civilians are still to be fully released. According to Verite Research in August 2017, more than 6,000 acres remained with the Security Forces. And on top of it, the forces had plans to acquire 5,000 acres more Verite said.

But Army Commander Maj.Gen. Mahesh Senanayake contended this month, that 77% of the seized lands, mostly private lands, had been released.

C.V.Wigneswaran, Chief Minister of the Tamil-majority Northern Province, has alleged that the government is paying” the army to leave lands, and that the funds for this are being taken out of the money earmarked for resettlement of war- affected Tamils.

The government promised the UNHRC that it would set up a credible independent Judicial Mechanism to probe and try cases of alleged war crimes. But the mechanism is still to see the light of day.

Changing the country’s constitution to give sufficient devolution of powers to the provinces, including the Tamil-speaking Northern and Eastern provinces, is in the doldrums now as it is a political hot potato. But due to approaching elections, the process of drafting a new constitution was stopped abruptly.

Wigneswaran’s Extremist Demands :Given the grim scenario, the Northern Province Chief Minister Wigneswaran organized a huge protest rally on May 18 at Mullivaikkal in an area where thousands of Tamil civilians, trapped by the militants, the armed forces, a lagoon and the deep blue sea, died in the closing stages of the war in 2009.

Commemorating the Tamil civilian dead, Wigneswaran said that May 18 should be observed annually as Tamil Genocide Day” and launched a tirade against the Lankan armed forces, saying that they are occupying Tamil lands, seizing other resources including businesses, and settling Sinhalese.

He alleged that the social services rendered by the Security Forces are but Trojan Horses, and demanded the total withdrawal of the Lankan armed forces from the North.

Wigneswaran sought direct international involvement to help the Tamils regain their sovereignty” and also in the administration of resettlement schemes.

He also seconded the suggestion of the UN High Commissioner for Human Rights that the principle of Universal Jurisdiction” be extended to Sri Lanka to force it comply with its promises to the UNHRC.

Immediately after the Sirisena-Wickremesinghe government came into being, there was a proposal to have a joint remembrance day to commemorate all dead, all combatants and non-combatants. This was to replace the militaristic and triumphal practice of observing Victory Day” with an impressive parade prevalent during the Presidency of Mahinda Rajapaksa.

But the joint remembrance proposal was dropped for lack political support and was replaced by Heroes’ Day” a somber ceremony with awards being given to distinguished soldiers.

Meanwhile, on both the Sinhalese and Tamil side, the issue has become an instrument of political mobilization, specially on the Tamil side.

In the past, individual Tamil political parties had been using the annual commemoration ceremony at Mullivaikkal to mobilize their cadres. But this year, the Jaffna University Students Union had asked the Northern Provincial Council to conduct the ceremony on behalf of all, so that partisan divisions are avoided.

Therefore, for the first time this year, the Tamils rallied round the NPC headed by Chief Minister Wigneswaran, investing the event with the stamp of Tamil Unity.”

It is only now that the commemoration is helping the Tamils rally together,” said a senior Tamil journalist.

But even as Wigneswaran was voicing extremist demands at the rally, the Sri Lankan Deputy Minister of Reconciliation Seyed Ali Zahir Moulana, publicly expressed concern over the twin issue of indifference of the Sri Lankan top leadership to the Tamils’ plight and a dangerous trend towards extremism evident in the Tamil-dominated North.

In a statement put on his Facebook account, Moulana appealed to the majority Sinhalese and minority Tamils to work pro-actively” for the future even as they remember and commemorate their war dead.

Moulana said that hateful attitudes of the past” (among the Sinhalese) should not be sustained because these are only pushing the Tamils, who were once held hostage by the militants, into immortalizing the undesirable political agendas of the past.”

He said: I am of the fervent opinion that the significance of May 18, 2009 should never be forgotten. But as someone who has experienced these challenges first hand from its inception to its conclusion, I must state that it is now time to go further. While we honor and remember the fallen, let us work proactively forward.”

Let us use the significance of May 18 as a way to reflect on our nation’s past, and build a stable, peaceful and prosperous future. Let us work fervently to reconcile our differences, and unite harmoniously with pride in our diversity as citizens of a singular, sovereign and free Sri Lanka.”

(The featured image at the top shows Northern Province Chief Minister C.V.Wigneswaran lighting the lamp at the Mullivaikkal memorial on May 18, 2018)