The hidden side of cigarette pricing 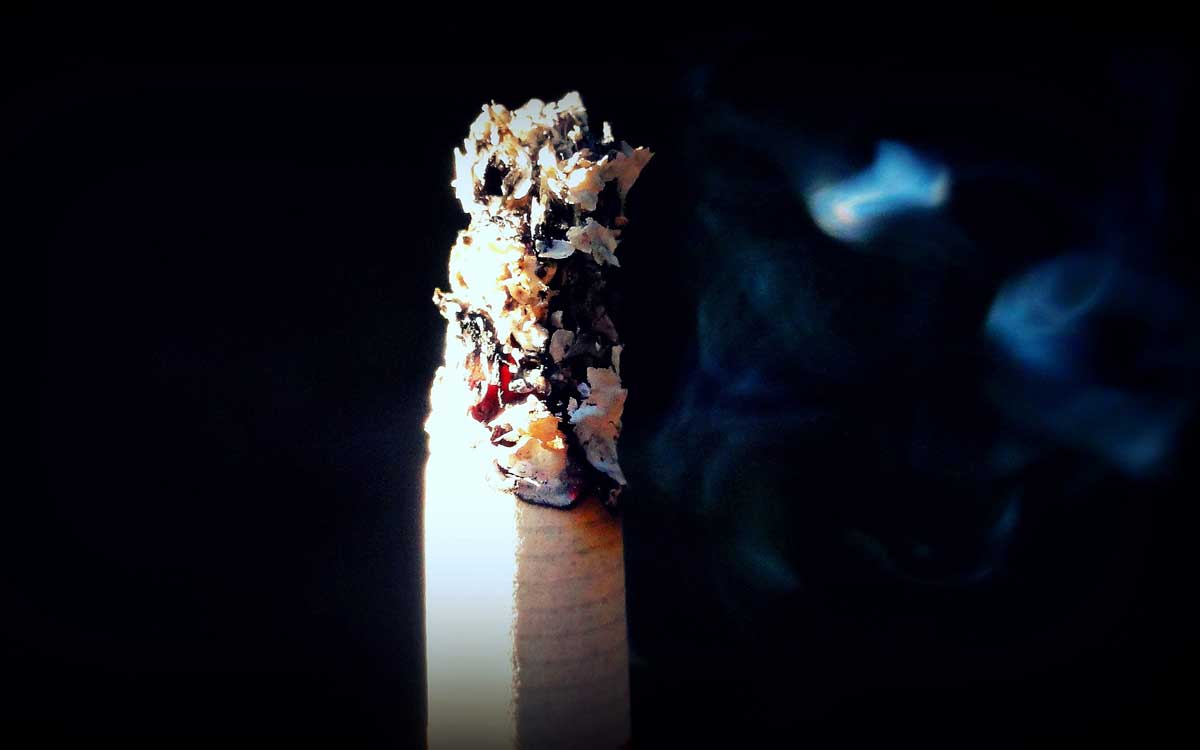 The current Insight draws attention not to an inaccuracy but a key misunderstanding about cigarette prices that has been fostered in the media and hides the truth about who decides on the price of cigarettes and how those decisions have profited CTC.

Over the last decade or so, the net-of-tax price charged by CTC per cigarette stick, has grown faster than the tax charged by the government 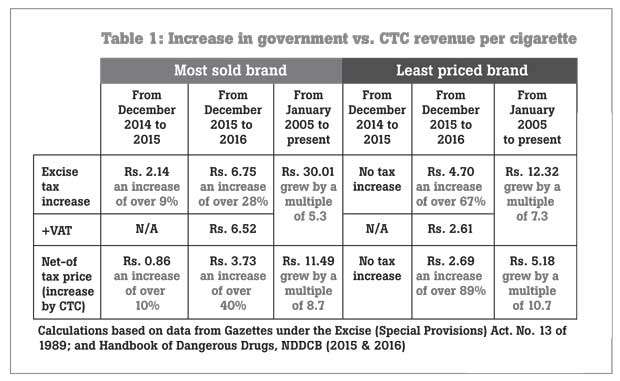 CTC’s revenue per cigarette has grown faster than government’s

Ipso facto cigarettes are being undertaxed

What the data in Table 1 also demonstrates is that despite the public understanding to the contrary, the tax percentage of cigarettes has historically been decreasing, not increasing, since 2005. For the most-sold-brand, the tax rate was 82.5 percent in early 2005 but was down to 67.9 percent by the first half 2016.

Despite the corrective tax changes in the third quarter of 2016, the tax rate is still only 74 percent of price at present, well below the ratio in 2005. These tax rate changes follow the same pattern for the least-priced-brand as well.

the increase in price has not just been due to the tax increase, but also due to the net-of-tax price increase by CTC

Additionally, the fact that for over a decade, as shown in Table 1, CTC has been increasing the net-of-tax-price faster than the increase in government tax, further confirms that cigarettes in Sri Lanka are still significantly undertaxed.

Forsaking this elementary logic, the finance ministry has failed to increase cigarette taxes over the last 20 months (since November 2016), even in line with inflation, just as it failed to do so in the first 20 months after the 2015 January elections; until the president and minister of health intervened through the Cabinet to rectify the anomaly.

It is possible that the Finance Ministry is equally misled by the strong misunderstandings about cigarette prices and taxes that are prevalent in the media. But Sri Lanka would certainly do better with a Finance Ministry that paid more attention to professional analysis, rather than hearsay in the media, on its most important taxes.