Women’s Participation at the Grassroots Level 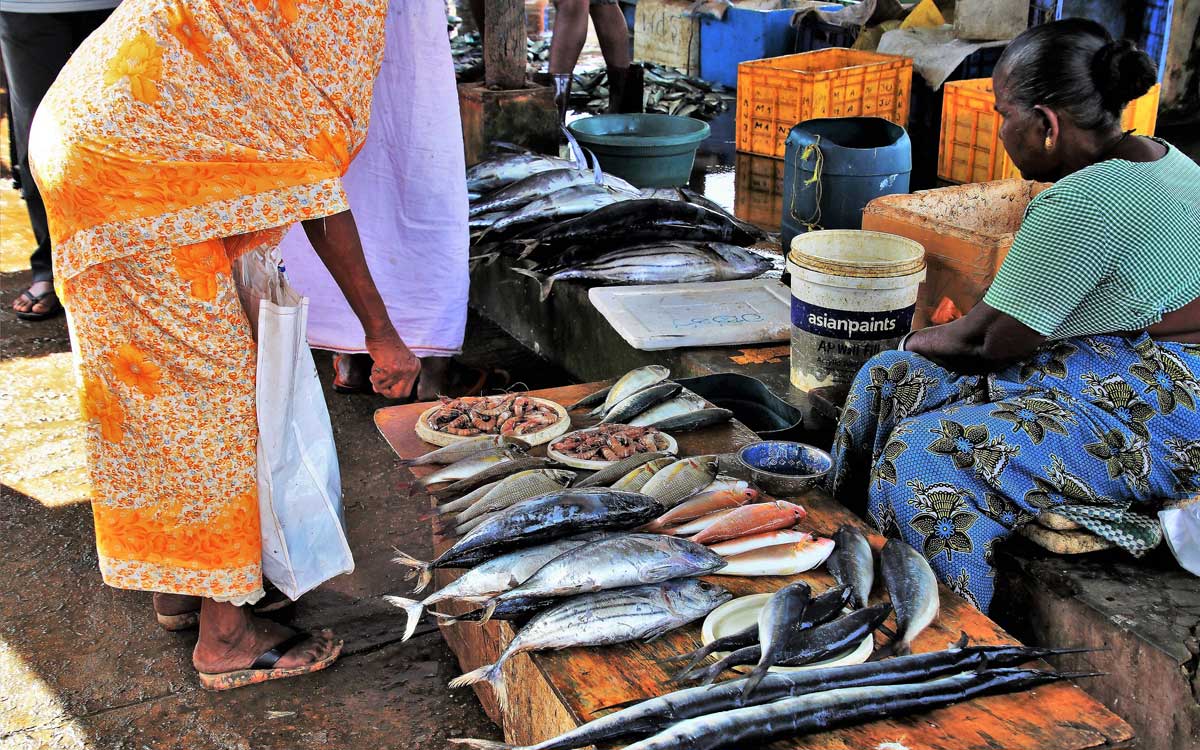 Drawing on the idea that the personal is political and challenging the notion that political empowerment can be measured solely with a seat in a legislature, this article focuses on the forms in which women who are not involved in formal politics or civil society activism, participate politically. It will examine how the family and motherhood, often central to women’s lives, define part of their informal participation; how patriarchy is negotiated through economic empowerment and female solidarity; and will explore the connection between informal politics at a grassroots level and formal politics at a state level. The three women interviewed live in different areas of Colombo, come from differing age groups and a range of ethnic and religious backgrounds. Fathima Mohideen works as a domestic helper and carries out social work in her community by distributing clothes and food donated by the families she works for; Sriyani Wijenayake  has run her own gardening business since 1998; and Mangalika Rajasingha works as a domestic helper, as well as teaching children and advising women in her housing complex.

While ‘feminism’ may not be a word that is commonly used at a grassroots level in Sri Lanka, a form of maternal feminism exists, which sees women striving for greater economic empowerment, often as part of prioritising their role as a mother. The complexity of the nexus between self, family and women’s empowerment is captured in this extract by Vina Mazumdar, the well-known Indian feminist activist:

“My experience tells me that South Asian women would not accept an identity that focuses on the individual. When the struggle is against a series of collectives deeply rooted in the culture and historical ethos – what is needed is an alternative collective identity – not necessarily rejecting the inherited ones – like family, caste, religion etc., but promoting a supplementary identity through an additional collective.”

The interviews I conducted reveal that it may be too much of a generalisation to state that family is the “primary site of experiencing selfhood” because in line with Mazumdar’s conception of “an alternative collective identity”, the work Fathima and Mangalika do in their communities is also of defining importance to them.

This “supplementary identity” can be linked to the strength of the Mother’s Front – a movement initiated in 1990, which saw women in the south forming an “additional collective” across class and caste barriers to protest against state-sponsored disappearances of youths involved in the JVP movement. More recently, a collective of women from the Northern and Eastern Provinces has been active in demanding the government reveals the whereabouts of family members who went missing during or in the aftermath of the civil war. Solidarity has been shown between mothers across the former north-south divide, yet a movement that unites ethnic groups is yet to be seen; no doubt it would be a force to challenge “dominant” Sinhalese “nationalism”.

How patriarchy is negotiated

It is clear that family is a site of both subordination and resistance for while there is still social control over female behaviour through puberty rituals, choice of spouse, and male control over female sexuality in the form of rape and domestic violence, resistance exists in the form of economic liberation and female solidarity. Vandana Desai explains: “institutional and male power over women is still formidable, but women’s power within gets expressed in individual negotiation and agency as well as in collective organisations that challenge discourse and the status quo.”

My conversation with Sriyani revealed the way she has individually negotiated with her husband in order to continue and grow her business: “When I first started, I used to leave at 6.30 am and return at around 7.30-8 pm. My husband got angry but what could I do? Now he works with me and drives the vehicle”. Whether her husband was worried for her safety, resentful of her independence or being protective of her sexuality, it is unclear. Kumari Jayawardena and Malathi de Alwis write that there is greater resistance when it comes to women’s cultural liberation because men do not want to lose the benefits of patriarchy. Whether this is conscious, or internalised would be an interesting point of further study. However, it is clear that Sriyani has found a way to continue doing what she “loves”, and which now forms an important part of her selfhood.

Meanwhile, Mangalika revealed the way a collective identity has formed in her community in Colombo 5 when it comes to solidarity surrounding domestic violence. She explained: “There are women who take others to the police station when they have been beaten. I don’t go but I advise women who are facing difficulties and have taken them to hospital before”. It is apparent that this support network is vital and a form of resistance against domestic violence.

In line with Soysa’s conception, the need for “gender sensitive men” is paramount if “women are to reach their full potential”. As well as ending violent behaviour, part of this involves sharing domestic tasks, which Fathima and Mangalika explained is becoming increasingly common in the areas of Colombo 7 and Colombo 5 where they live.

Is there a connection to formal politics?

While all three women use “subtle strategies” in their everyday lives to resist patriarchy, as well as voting in elections, which they believe is important, there is a disconnect when it comes to their active engagement in formal politics. Sally Kenney writes that “demarcations between the formal and informal in politics are far more porous than is often assumed” yet this is not necessarily the case for women in Colombo. It is likely this would lessen if there were more informal political leaders at a grassroots level who had strong networks and constituency support. Mangalika and Fathima said there are currently no women in their communities who have shown political aspirations, while there are some men in Mangalika’s who hope to become provincial councillors.

Fathima felt that a woman wishing to enter formal politics would be supported in her community, while Sriyani and Mangalika, perhaps because of the difference in age, said they did not feel politics is a place for women. Sriyani alluded to the violence and corruption involved while Mangalika referred to the importance of family. Living in Rosy Senanayake’s former constituency, Mangalika did express gratitude for the way she had helped members of the community obtain proper addresses, which enabled them to receive electricity. Conversely, Sriyani felt that “politics is not good” and that previous female leaders have not affected positive change. This links to Mariz Tadros’ conception that “it is not when there are more women in legislatures that people’s perceptions change, but when they pursue agendas that make a difference that they elicit a positive role model effect.”

It is clear that for progress to be made in terms of the formal political participation and representation of women in Sri Lanka, attitudinal shifts need to happen at the grassroots, as well as at a governmental level.