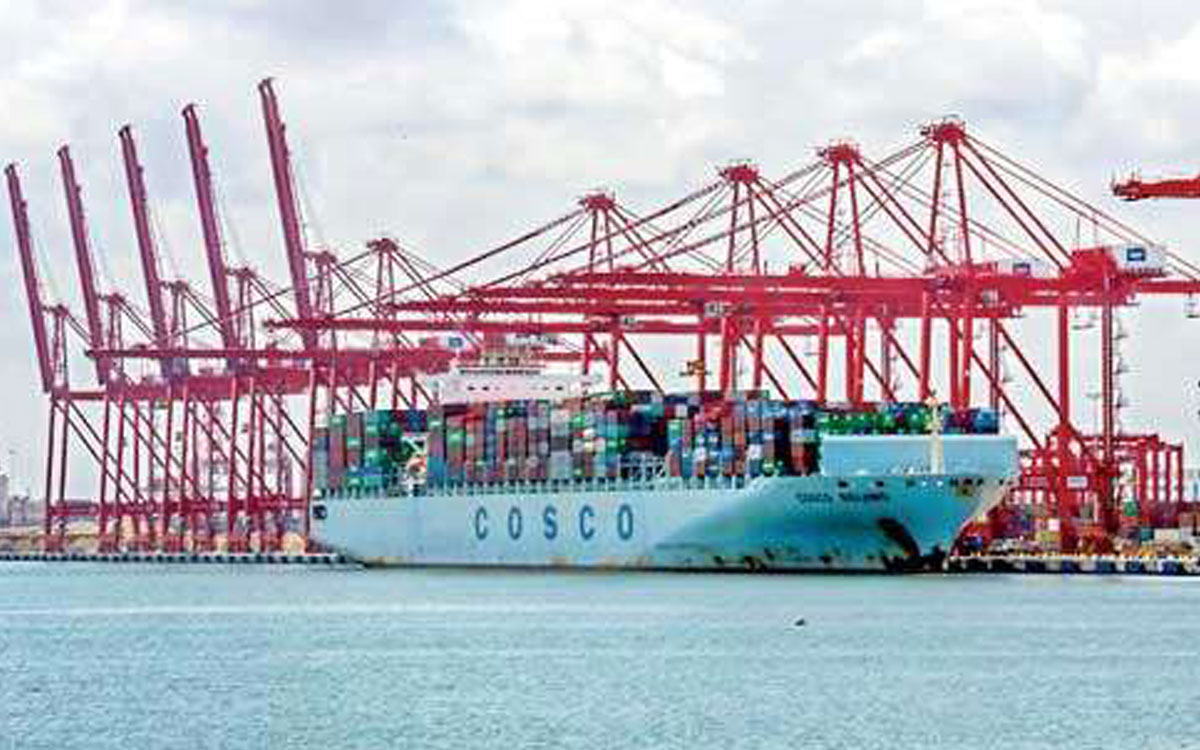 Sri Lanka’s traditional lacework famously known as Beeralu is slowly moving into the spotlight of the global fashion industry. Udeni, who is a traditional Beeralu lace maker from Galle, learned the technique from her mother and developed it into a part-time business.

At the moment, she sells to buyers from Colombo who then sell her product internationally. She would like to export directly one day, but for the time-being, she must rely on ‘middlemen’ because of the complexity of the export process. A major barrier is the lack of information on what government procedures apply in Sri Lanka before her product can even reach a foreign buyer.

Being unable to access information related to export and import procedures isn’t just a problem for entrepreneurs like Udeni but a significant barrier for the entire Sri Lankan trading community. In a recent set of interviews conducted by the World Bank, every business interviewed said that personal experience was the leading source of information on import and export procedures. Only half said that they turn to government agencies for information, with concern expressed that the little information available online is often out of date and spread across many websites.

A 2017 Verite study (Sri Lanka’s Domestic Barriers to Trade: Case Studies of Agricultural Exports, February 2017) of procedures for agricultural trade found that only 36 percent of the required information was available online, with the remaining information obtained only through time-consuming and costly personal visits and telephone calls. In our recent survey, one company summed up the challenge clearly, expressing its frustration that the first time it hears about new import/export procedures is only when its application is rejected.

The challenge this presents to Sri Lanka’s efforts to shift toward a more outward-oriented, competitive economy, is clear. Significant time and cost is involved in identifying what regulations affect trade, undermining the international competitiveness of Sri Lankan firms and raising costs for consumers.
For potential exporters, especially entrepreneurs like Udeni, many will stumble at the first hurdle of accessing information on government procedures in their own country, before even being able to identify foreign buyers and market their products internationally. Companies wanting to import new goods for consumers or as inputs into domestic production also may not be able to do so because of the costs involved in accessing information on import regulations.

A new government initiative has the potential to change all this. Through a partnership with the World Bank, supported by the Australian government, a new Sri Lanka Trade Information Portal was launched on July 20 by Industry and Commerce Minister Rishad Bathiudeen, along with other high-level officials and development partners.

The launch of the portal is a major step towards a more transparent regulatory environment for trade in Sri Lanka.  For the first time, it will bring together onto one website all the laws, regulations, procedures and other government requirements regarding trade. The buzz has been building for many months to the launch of the portal, confirming the high level of interest in the private sector in increased transparency.

The scale of the work that has gone into developing the portal suggests the impact that it will have. Almost 900 laws, regulations, procedures and other government requirements affecting trade have been gathered and uploaded to the portal for its launch. These requirements are maintained by forty-two government agencies across Sri Lanka, highlighting the complex regulatory environment facing traders.

Along with a searchable database of these regulatory requirements, the website includes videos and how-to guides to make it user-friendly for traders, along with other information on Sri Lanka’s trade environment, including trade agreements.

Experience from other countries highlights the wide reach that can be expected through the Sri Lanka Trade Information Portal. Lao PDR was one of the first countries to develop a similar portal with the World Bank support. Data on the usage of this site indicates that a significant proportion of the import/export community active in Lao PDR uses the website regularly to access information on trade-related procedures.

The launch of the Sri Lanka Trade Information Portal is cause for celebration, but the work does not end at the launch. Ensuring that the information on the portal is kept up to date will require significant effort by the host of the website – the Commerce Department – and dialogue with other government agencies and the private sector, including through the National Trade Facilitation Committee.

The World Bank will provide transitional support for the portal after the launch to help in this effort. Training has been provided to the Trade Information Portal unit staff within the Commerce Department, who will now be responsible for the day-to-day operation of the portal.

Beyond the portal, the next step in facilitating trade is to go beyond transparency, to streamlining the process for applying for permits and other approvals required for import and export. Some reforms are already underway – for example, restructuring the risk management functions of Sri Lanka Customs to improve its efficiency.

However, the largest initiative by far will be the establishment of a National Single Window for trade, which will facilitate traders to lodge standardised information and documents with a single-entry point to fulfil all import-, export- and transit-related regulatory requirements. This endeavour is backed up by a blueprint developed by the World Bank and supported by the Australian government.

The blueprint covers all aspects of the future design of the National Single Window and has been prepared over the previous seven months, involving discussions in numerous workshops and events with members of the National Trade Facilitation Committee and wider trade community.

Developing a National Single Window for trade will be a major endeavour that will be rolled out in phases, with significant technology investments and procedural reforms required. Once in place, it will help bring about a shift in the way traders interact with the government, with reduced levels of physical inspection of goods and the majority of shipments clearing the border without the need for traders to physically visit different government offices. While the path ahead will not necessarily be easy, the potential gains for Sri Lankan businesses and consumers are significant – the Trade Information Portal is an important step in the right direction.

(As a Senior Trade Specialist in the World Bank Group Singapore hub, Marcus works on trade programmes in East Asia and the Pacific and South Asia, as well as on the Bank Group’s public and private partnerships in the region)