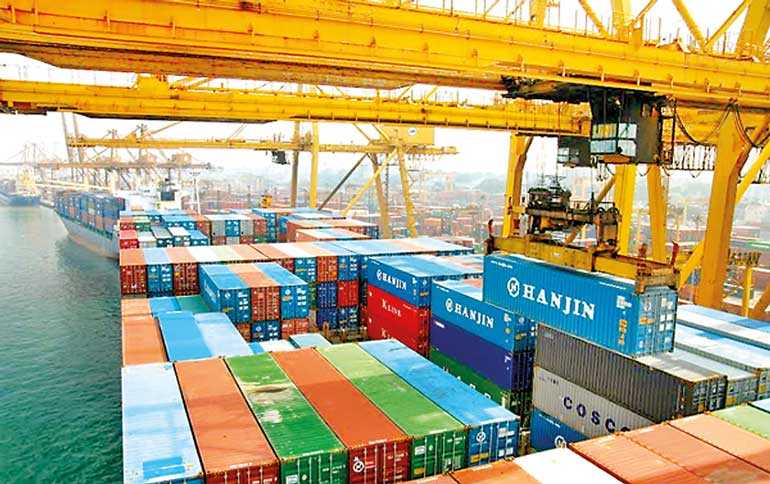 ECONOMYNEXT – Sri Lanka’s multiple ministries and agencies and regulations is making it difficult to implement policy and red tape was hindering trade and investment, and reform are required to unlock growth, officials said.

“There is much more to be gained if this environment is more open and less regulated.”

Sri Lanka lost its trade competitiveness and its trade structure has not changed in the last 25 years, while East Asian economies moved very fast in export diversification and moving up global value chains, she said.

“Sri Lanka’s export structure is frozen it’s because it is highly protected and regulated and there is no space for innovation. To be competitive and innovative Sri Lanka needs a less restrictive regulatory environment,” Kvintradze urged.

“Sri Lanka’s next growth platform is institutional reforms,” she said.

“What surprises me about Sri Lanka is that whenever there is a problem the solution is another commission, or an institution or another agency.

“There are so many institutions and so many strategies it’s very hard to do anything. There should be less regulation and fewer institutions,” Kvintradze said.

Planned reforms are getting stuck due to multiple agencies, she said.

Automation on top of more institutions is not a solution, but consolidating and streamlining institutional processes and getting ridding of unnecessary regulations and paperwork were critical, she said.

“Sri Lanka knows where it’s going and has set ambitious goals for itself to be a regional hub in trade and development. Sri Lanka also knows how to get there.

“These reforms have been discussed many times, and strategies designed but where it ends depends on implementation.”

Macroeconomic reform efforts could be futile without institutional and structural reforms, economists argue.

There are 207 procedures and 204 non-tariff measures, and 252 forms that need to be filled and 269 legal documents that explain various trade measures, a recent World Bank study showed.

Sri Lanka has introduced a trade information portal bringing all these institutions and processes under a single website hoping to improve ease of doing business by reducing regulatory costs.

“The trade portal will be a failure because non-of the institutions are under obligation or incentivised to provide information,” Subhashini Abeysinghe, Research Director at Verite Research, speaking at the summit warned.

Many government agencies have their own websites.

“There is no information on their websites because they don’t want to give information,” she said.

Another problem identified by Verite Research is the absence of documented processes for many of the procedures.

Sri Lanka’s next president’s mandate should be public sector reforms in order to take the economy to the next stage of development, , Eran Wickramaratne, State Minister of Finance and Mass Media, told the Sri Lanka Economic Summit.

“We need a new constitution that says Sri Lanka has 25 ministries and no more. No political leader in this country should be given any discretion to decide what the ministries of this country”.

Sri Lanka has committed to removing para-tariffs to foster a rules-based trading system and improve competition. The minister said he was surprised to learn the number of regulatory processes and procedures when the online trade portal was being developed.

But reforms can be challenging.

“We are going in that direction, despite hiccups in implementation, we are moving towards a rules-based system taking discretion away from politicians and bureaucrats,” he said.

“There are so many reforms to be done, but the challenge is what do we prioritise?

“How do you rollback the social welfare state when people expect free education, a government job and then a pension after retirement?” Sri Lanka has 1.4 million public servants. Japan has 850,000.

“The next big reform that this country needs is public sector reforms or there will be no development,” Wickramaratne said.

Critics also say a fundamental problem with Sri Lanka’s state sector is the lack of permanent secretaries which has made officials act arbitrarily to the tune of politicians and engage in corruption without implementing rules fairly and quickly.

Officials who act justly by the people and refuse to engage in corrupt or unjust acts may be sent to the ‘pool’.

Sri Lanka also has a licensing regime, which has bred corruption. (COLOMBO, 16 September 2018).