Right to Information: A journey from secrecy to openness 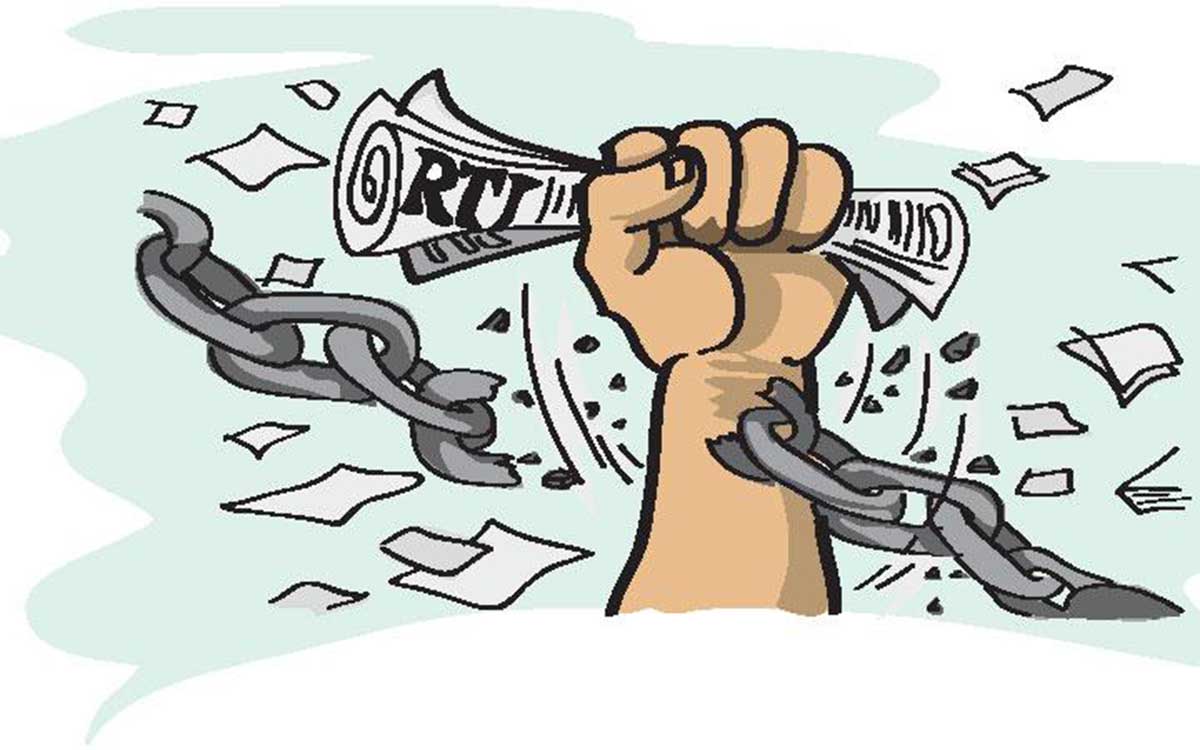 Eighteen months in operation, Sri Lanka’s Right to Information law is empowering citizens all over the island – from newsrooms to tiny village hamlets. Bolstered by a powerful and public-oriented Commission set up to hear appeals when information from a state entity is not forthcoming, the law is the first of its kind to serve the people rather than officialdom and a critical milestone in the difficult journey towards transparent governance and an empowered citizenry

Seenipura, with a population of around 46,000, is a quiet hamlet in the Kantale- Trincomalee district. Punchibanda, a farmer from the area, believed, a Right to Information (RTI) request could potentially solve a long-term issue the village was facing with the postal service. For more than 18 months, mail posted to Seenipura villagers were not delivered to their homes. Instead, they had to travel to a security point to collect them.

Hundreds of complaints made by the Seenipura residents were met with petty excuses from the officials. Finally, Punchibanda took matters into his hands and submitted an RTI request to the Trincomalee Post Master querying the breakdown in the delivery system. He never received a response to his RTI request – unacceptable on the part of a public entity bound by the legislation, but within a few days of handing over the request, the postal service to Seenipura resumed, and the villagers have enjoyed an uninterrupted service since.

About 230km away, in Kondavil- Jaffna, T. Eliiaracy sat the Open Competitive Examination for the recruitment of Tamil Typist – Grade III held by the Court Management Service. She had to type in Tamil on a computer as part of the examination, but, unfortunately for her the machine stopped working midway. She immediately brought it to the notice of the supervisor, but the final results showed she had not scored in typing. Eliiaracy passed the other two papers but without sufficient marks for typing she did not get through the exam. Disappointed, she appealed to the Senior Assistant Secretary of the Judicial Service Commission, but to no avail. She then filed an RTI in consultation with activists in Jaffna. Within 15 days of filing the RTI she was asked to re-sit the typing examination.

These are the little RTI success stories that rarely make news. Then, there are the other bigger victories that grab national headlines.

Through an RTI application that had to be appealed at the Commission, the Airline Pilots’ Guild of Sri Lanka (APGSL) obtained details about salaries of SriLankan Airlines’ top management and the cost of personal flying training met by the Company for its former CEO Suren Ratwatte. Despite the fact that SriLankan tried to withhold the information the RTI Commission chaired by Mahinda Gammanpila on June 12, 2018, ruled that the SriLankan should disclose the aforementioned information.

September 28 marks Right to Information Day, and Sri Lanka has the opportunity of celebrating this event along with a number of other nations that have boldly introduced the RTI.

“Sri Lanka’s RTI law is positive, in general,” Commissioner, RTI Commission, Kishali Pinto-Jayawardena told the Sunday Observer. She said, close to 99 per cent of what the drafting committee had included in the Bill had been retained in the law ultimately passed by Parliament unanimously, in 2016.

“Having the RTI law enacted, itself, was a major achievement as any Government in power would enact an information law only at its peril, since it could be used against itself,” the Commissioner said, adding, the credit must fairly go to this Government because so many attempts to enact this law in the past had failed.

Right to Information laws in Sri Lanka have been a long time coming. The Bill on access to information, initially drafted and presented to the Cabinet in 2002/2003, was approved by the Cabinet, but before it was debated in Parliament, the House was dissolved. Later attempts to bring this Bill did not succeed. Finally, it was in 2015 that the attempt succeeded, and the RTI Act operationalised in February 2017.

“With time, we will start to see obstacles and gaps in operationalising the RTI. It also takes time for the public sector and the citizens to get used to it- because of cultural factors that need to change gradually, and not merely through the enactment of a law,” Commissioner Pinto-Jayawardena added. She said, public authorities have complied with the Orders so far, and up to now, the Commission has not received any formal notification of an appeal against any of its decisions.

With the law in operation and citizens increasingly getting used to using the legislation, the next step is advocacy about how people can apply the information they obtain through RTI applications to uplift communities and empower people at grassroots level, experts say.

RTI Trainer and Director of National Media Centre, Jagath Liyana Arachchi said, it is important to follow-up with what happens after information is received through an RTI application. According to Liyana Arachchi this should be done by the civil society.

Liyana Arachchi has trained a group of women in Yakawewa- a village located in Anuradhapura- on how to file an RTI. They identified three key issues, namely, an electric fence put up to keep away the elephants, a water project that was stopped without warning or reason, and construction work on a dam where only one sluice gate was built out of three that were planned.

The water project recommenced within a few weeks after the RTI was filed, and the villagers received a highly technical report with regard to the issues they had, about the dam. “They did not know what this report said. So, there is a need for a body that can guide people on what they can do with such information,” he said.

Nalaka Gunawardene, a communication consultant and consistent RTI activist has positive thoughts about the RTI culture within the country.

“Sri Lankan RTI Act is assessed by the Centre for Law and Democracy in Canada, and has been ranked as the third in the world. It is quite a success since we have achieved the highest rank in South Asia. But that’s purely looking at the law related regulations, not the implementation.

“While being number three in the world we still have challenges. There are gaps, and some government agencies think they are not covered by the RTI. For example, SriLankan Airlines were initially hesitating to give information on their top executives’ salaries. The RTI Commission then said, they are bound to give the information as it is a fully state owned enterprise. Likewise, we have to work hard to accomplish the implementation of the RTI Act. Any company where 25 per cent or more shares belong to the Government, are bound to give information” he explained.

However, Gunawardene has seen commendable experiences with regard to RTI applications submitted by people in all parts of the country, not just the Capital.

“People need awareness and the motivation to file RTIs. However, from Panama to Vavuniya to Jaffna, and Wayamba to the South, people are filing RTI applications. The Act is powerful and I don’t see the need for an amendment. What we need now is proper implementation. So, the RTI glass is half full, we need to keep filling it up,” Gunawardene added.

Meantime, as Sri Lanka is familiarizing herself with the newly introduced law, it is important to explore how strong it would be to withstand external political pressures that could hinder its operations. Experts believe, there need to be public momentum around the RTI for it to be resistant to change, such as, change of Governments or the interests of a Government.

“In India, the demand for RTI came from the grassroots level, but in Sri Lanka it was advocated by lawyers, editors and civic activists in Colombo. It was not part of a grassroots peoples’ movement. This is the danger,” Commissioner Pinto-Jayawardena warned.

Even if the RTI law benefits the ordinary people, and we can see that happening quite strongly now, the risk is, if and when Governments change, RTI can be blocked from functioning, indirectly or even directly, she elaborated. As a society, will there be enough powerful mobilisation to prevent the undermining of the RTI law by a less democratic regime in the future, we asked. She said, the answer to that question was not yet clear, though there were some positive signs.

“The process through which we gained momentum for a new RTI Act has been ‘top-down’. However, in the lead up to the enactment of the RTI Act – which has been recognised as one of the best in the world – many RTI advocates did a lot of good work to generate grassroots level awareness and a demand for the RTI,” he added.

And this helped incentivise Parliament to enact the legislation.

“Ultimately, such awareness and demand would help transform Sri Lanka’s institutional culture – from a culture of secrecy to a culture of openness,” Gunatilleke concluded.