Sri Lanka urged to develop own narrative of China’s BRI 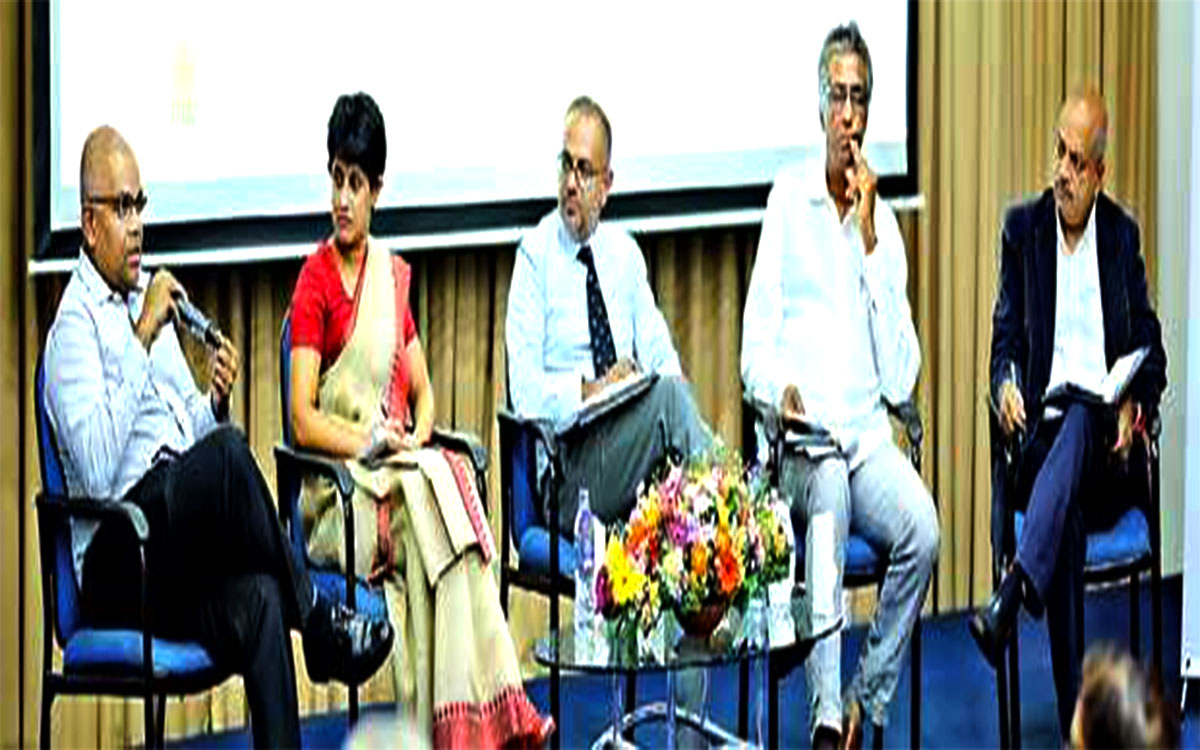 Sri Lanka needs to develop its own narrative of China’s Belt and Road Initiative (BRI), which is neither over-shadowed by reports from Western media nor reports circulated from China, while holding the Sri Lankan government accountable when entering into agreements with various Chinese State-owned entities under BRI.

“We rely so much on what the West is telling us, and most of the reports on BRI from the West are negative about BRI. What’s coming out of China or sometimes funded by the Chinese government is always positive on BRI. So that’s why countries such as Sri Lanka needs to have our own narrative of BRI,” Verité Research, Research Director, Subhashini Abeysinghe said.

She was speaking at a panel discussion last Thursday organised by the Chartered Institute of Logistics and Transport and the Post-Graduate Institute Management (PIM) which held at the PIM auditorium. The US$ 1 trillion BRI brought various scattered Chinese investment projects outside of China under one umbrella. However, the projects are implemented under an estimated 150,000 State-owned entities of the Chinese Central Government as well as provincial governments.

Abeysinghe noted that the Chinese government has encouraged these State-owned firms to maintain commercial and financial autonomy as well as to compete among themselves.

Referring to the linkage of ‘debt trap diplomacy’ and BRI which is often highlighted in mainstream media, Abeysinghe said that these challenges in BRI projects in Sri Lanka arose due to general intuitional weaknesses and governance weaknesses that predates China’s BRI.

She noted that Chinese State institutions and Chinese financial institutions have a hands-off approach in negotiating projects unlike World Bank (WB) or Asian Development Bank (ADB) which has hard rules.

“If China is negotiating projects with Singapore which has very robust processes and lot of transparency and zero corruption, China negotiates projects on those rules. But if you don’t have any rules that’s also a way China is happy to deal with,” she illustrated.

However, she said that this approach of China, which ignores governance issues in BRI countries has damaged the image of China globally.

Abeysinghe stressed that the public should demand more transparency from the Sri Lanka government with utilizing tools such as Right to Information Act to access to project feasibility studies etc, holding the government accountable for its action.

Meanwhile, Joining the panel discussion, the Chief Executive Officer of (CEO) South Asia Gateway Terminals, Port of Colombo, Romesh David pointed out that many projects which have been built with Chinese funds predates BRI and were proposals developed by the Sri Lankan government.

He said that for an example Hambantota Port project was under the consideration of several governments and was hastily built without a proper operational plan in 2009 with funding from the Chinese government.

However, he pointed that handing over of the management of Hambantota Port to China Merchants was a good decision by the government after the port remaining idle for nearly six years.

David noted that China Merchants is transforming Hambantota Port into a maritime and logistic hub in the region by diversifying the logistic hub offering in Sri Lanka, which will also play a key role in intra regional trade.

“There is a great challenge of understanding what kind of industries and what kind of job opportunities are going to be there. We are stuck in between, as our people not wanting do lower end jobs and not having the capacity and education to do the high-end jobs.

“For an example, though we want to be a tourism hub, Tourism hasn’t become a part of the core curriculum until very recently, and even that makes a little dent in the system,” she elaborated.

Though 80,000 high-skilled job opportunities are set be created in the Colombo Port City project, Abeysinghe doubted that how many Sri Lankans would have necessary educational qualifications to meet the requirements of those jobs.

She also questioned as to who will be employed in the proposed industrial zones which are being set up with the funding of Chinese firms under BRI.
“I always wonder who is going to work there. One reason is that the Sri Lankan unemployment rate is quite low and Sri Lankans are less willing to work in the manufacturing sector. It’s also unlikely that females, who have a lower labour participation rate, would be drawn to join the manufacturing sector. For an example, only 10 out of t3 women are ready to work in the garment sector,” she said.

She asserted that Sri Lanka needs to create world class educational institutes in the country as the East Asian countries did, when they achieved middle income country status.

David opined that Sri Lanka need to do away with its obsession concerning land ownership and should focus more on the outcome.

“In one way, we need to grow, but on the hand, the government, the biggest landholder of the country want to retain the ownership. Anybody who does a project on a State-owned land is treated as a thief,” he said.