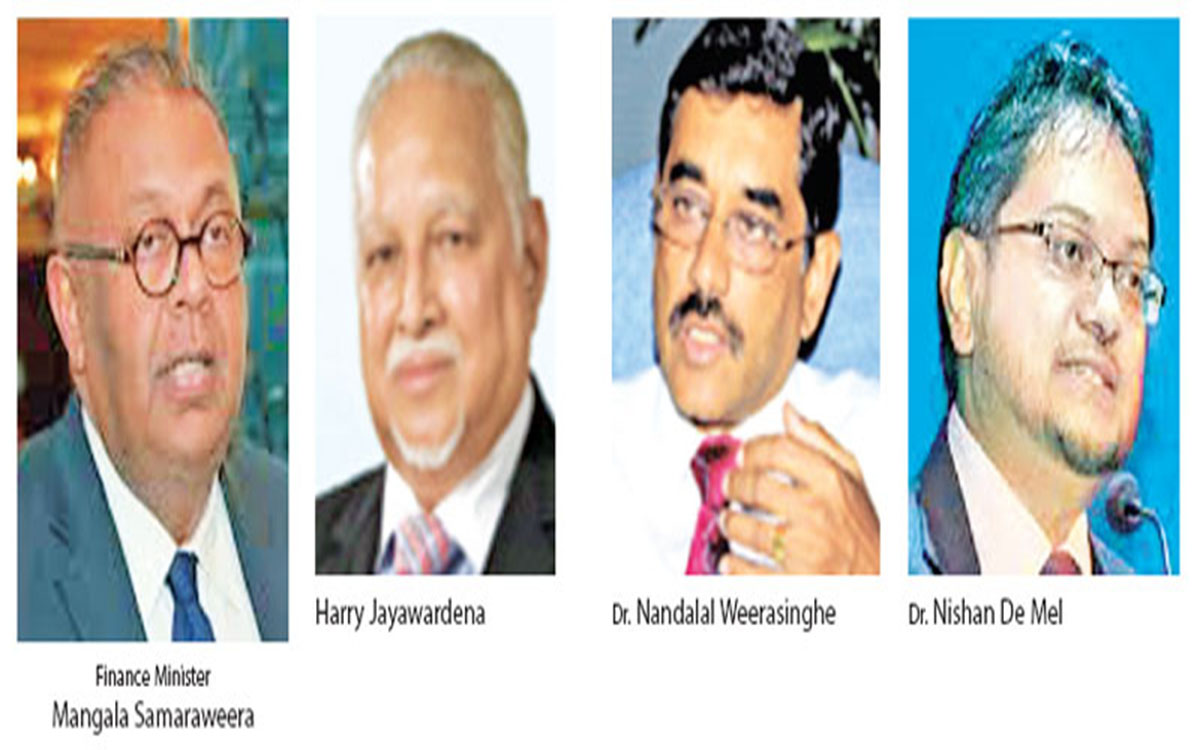 The government has shifted from a culture of providing handouts to a culture of empowering people through the 2019 Budget to be entrepreneurs contributing to the economy, said Finance Minister Mangala Samaraweera at a post budget discussion hosted by KPMG yesterday in Colombo.

The notion that the 2019 Budget would be a populist and election oriented income and expenditure statement of the government was refuted by the finance Minister who reiterated the host of benefits granted to all key sectors contributing to the economy of the country.

“The roadmap laid out for the rest of the year by the government has nothing to do with elections or populism but to help people to help themselves,” Samaraweera said adding that the 2019 Budget has focused also on liberalizing the economy and driving exports while helping the vulnerable and marginalised sectors of the country.

The Budget for 2019 centred on creating an entrepreneurship culture in the country, increasing exports, boosting investment, promoting industries such as tourism and improve skill levels of the workforce. The government also aims at creating a new breed of private enterprise in keeping with the policy of pursuing a liberal and more outward looking economy.

“The ‘Enterprise Sri Lanka’ program has been successful within a short time despite the slow progress recorded in the first couple of months due to the political issues. The government has already allocated over Rs. 60 billion for the program.

The government has injected Rs. 270 billion for the Gamperaliya program to be implemented across the country.

The 2019 Budget focuses on developing key sectors such as tourism which has greater potential for foreign exchange earning sector through the removal of the Nation Building Tax (NBT) on foreign currency receipts of hotel registered with the Sri Lanka Tourism Development Authority, liberalizing liquor licenses and concessions of Cess rate.

Panelists at the discussion commended measures taken to phasing-out para-tariffs, reduce barriers to trade, implement anti-dumping legislation and create a Trade Adjustment Program to enable exporters to be competitive.

However, economists and leading entrepreneurs citing John Maynard Keynes stressed that running an economy is not simply having a well thought out structure and allowing it to follow its path but constantly monitoring it with vigilance.

Verite Research Executive Director Dr. Nishan De Mel presenting an overall picture of the budget and its fiscal implications on the economy said according to Keynes a market left to itself does not deliver the goods and added that for markets to work properly they need little bit help from the government.

“Economic management is not confined to one budget statement. Economic management is achieved by constant vigilance and calibration of economic policy by the government. When we speak of public finance we know that Sri Lanka’s cost of debt is high. Sri Lanka’s debt portfolio has changed as the country has moved from concessional debt to commercial debt which has been growing steadily from 2005 to 2017,” Dr. De Mel said.

“Sri Lanka’s debt trap is not caused by China but rather driven by excessive commercial borrowings. The question is how do we manage our debt. Austerity measures of spending less as practiced in Greece will not only could help reduce debt but also spur economic growth. Keeping debt and sustaining economic growth is a fine tuning challenge for the government,” Dr. De Mel said adding that many do not know that the hidden interest aspect in foreign debt which is the cost of depreciation.

The depreciation of the rupee by around 16 percent last year resulted in the country’s debt to GDP increase from around 74 percent to around 84 percent in 2018 from .

Deputy Central Bank Governor, Dr. Nandalal Weerasinghe said the efforts made by the government to achieve fiscal consolidation despite the pressure of an election year should be commended.

He said maintaining public investments by five percent to spur growth, targeting a budget deficit of 3.5 percent by 2020, recording a primary surplus for two consecutive years, revising the Customs Ordinance, maintaining fiscal disciple, concessions granted to small and medium sector entrepreneurs through the ‘Enterprise Sri Lanka’ program and non exemptions for VAT and inland revenue tax should be commended.

‘Loss to the government scoffers by those who do not pay taxes on banned imports is much higher than what is collected through taxes. Of the 1,100 liquor licensees around 500 are controlled by three individuals. The licenses have filed a case for depriving around Rs. 80 million to the government due to the mafia. If we stops the waste and corruption in the country we do not need to borrow, “said Jayawardena adding that all what is needed is not rocket science and academic stuff with charts and theories but practical thinking.