Broken shield and weapon of choice 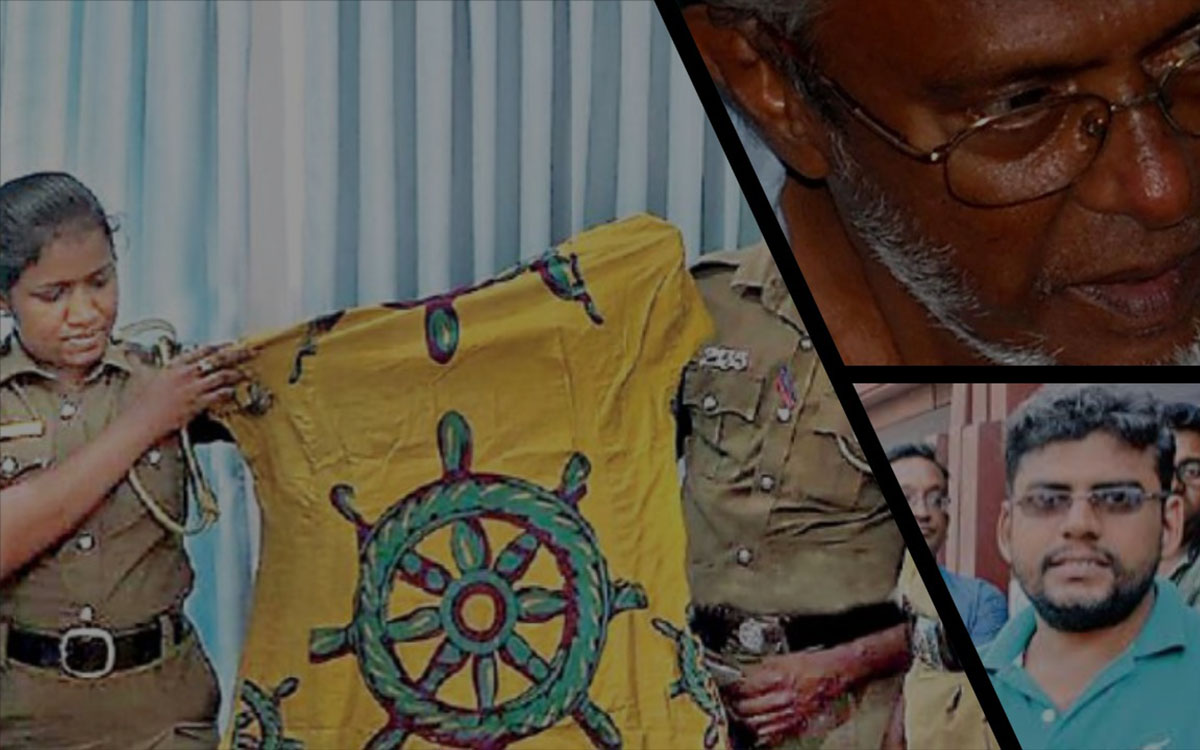 In the 12 years since its enactment, not a single person who has incited violence against a minority group in Sri Lanka has been convicted under the Act; this is despite four major incidents of mob violence against the Muslim community in the past five years`

Taken from – The Morning

Democracies face the perennial challenge of combating harmful speech. In Sri Lanka, the International Covenant on Civil and Political Rights (ICCPR) Act of 2007 remains at the centre of this challenge. One of the principal aims of the Act is to protect persons from speech that incites violence and discrimination. This article explains how the ICCPR Act ought to be interpreted and applied. It then discusses how the Act is interpreted and applied in practice in Sri Lanka – how it has failed to fulfil its actual purpose, and has instead become a tool of repression.

Section 3(1) of the ICCPR Act provides: “No person shall…advocate national, racial, or religious hatred that constitutes incitement to discrimination, hostility, or violence.” This offence is not the only speech-related offence found in Sri Lanka’s law. There are other laws including the Penal Code and the Prevention of Terrorism Act (PTA) that contain prohibitions on certain types of speech. However, it is the ICCPR Act that has recently drawn public attention.

So, what is “hate speech”? Let us imagine it is a reference to speech that expresses or advocates hatred towards another person or group. If that is what is generally meant by “hate speech”, it is clear that the Act prohibits only a narrow subset of the broader category of “hate speech”. The Act only prohibits advocacy of hatred of a particular kind.

The narrow subset of “hate speech” that is actually prohibited under the ICCPR Act has two specific features. First, there must be advocacy of hatred towards a particular (1) national, (2) racial, or (3) religious group. Unfortunately, the Act does not prohibit hatred towards other groups, such as gender groups, or towards specific individuals. Second, the advocacy must constitute incitement of a particular kind. The types of “incitement” that are prohibited are listed in the Act: incitement to (1) discrimination, (2) hostility, or (3) violence. Therefore, what is prohibited is only speech that constitutes a particular kind of “incitement”.

However, it is not clear what incitement to “hostility” means, as neither domestic nor international law offers any definitions for the term.

The Camden Principles on the Freedom of Expression and Equality, a document prepared by the human rights organisation ARTICLE 19, attempts to define the terms “hatred” and “hostility”. The principles suggest that these terms refer to “intense and irrational emotions of opprobrium, enmity, and detestation towards the target group”. While the intensity and irrationality associated with the terms add some layers of clarity, we are still left with no authoritative definition that law enforcement authorities might rely on in practice. In this context, Section 3(1) faces a serious risk of abuse if persons are arrested for inciting “hostility” alone.

Apart from content and consequences, context also matters. The identical statement may have different consequences depending on the context in which it is made. Calling for the destruction of the lives and property of a group in a context where no person would take such a statement seriously cannot be considered “incitement”.

However, that same statement may constitute “incitement” if it is made in a context where there is serious communal tension and a reasonable likelihood of violence ensuing as a direct result of the statement.

The ICCPR Act does not prohibit insulting a person or the person’s religion. Offensive speech often operates on a spectrum where we find insults at one end and “incitement” at the other. Three examples may help us make sense of this spectrum.

Suppose a writer pens a fictional story that characterises a Buddhist clergyman as homosexual. Buddhist clergymen may for whatever reason find this story insulting and offensive. However, the act of writing the story does not fall anywhere near the ambit of Section 3(1) of the ICCPR Act. It does not convey hatred towards a religious group, as the story does not actually advocate hatred towards the Buddhist community. It also does not involve actual “incitement”, as there is no reasonable likelihood whatsoever of actual violence or discrimination against Buddhists or Buddhist clergymen taking place as a result of someone reading the story.

Suppose that a high-ranking clergyman called on his followers to boycott Muslim businesses. He also mentions that others have called for a Muslim doctor (accused of involuntary sterilisation) to be stoned to death. He suggests that, although he does not call for such action, “that is what should be done”. Again, the first question to ask is whether there is advocacy of hatred towards a particular religious group. The statement on boycotting Muslims certainly targets a religious group, whereas the statement concerning a Muslim doctor does not necessarily refer to the entire group.

Therefore, only the statement calling for boycotting Muslim businesses potentially attracts the application of Section 3(1) of the Act. The question remains as to whether this statement is likely to prompt listeners to actually discriminate against Muslims. It is difficult to make a clear case for prosecution; there must be a reasonable likelihood that those who would not have ordinarily boycotted Muslim businesses would now be incited to do so after hearing the clergyman’s statement. It is possible to argue that a statement of this nature is open to interpretation and falls somewhere “in-between” insults and incitement. It would be dangerous and imprudent to prosecute a person for such a statement. The appropriate response perhaps is public criticism rather than the enforcement of criminal law.

Finally, let us suppose a political leader delivers a speech to an angry and hostile crowd promising “the end of Muslims in Sri Lanka should harm come to even a single Sinhalese person”. Suppose that the speech is made in the context of heightened tensions and a serious risk of violence between Sinhalese and Muslim residents in the area the speech was made. This statement clearly targets a religious group, and is made in the context of a reasonable likelihood of imminent violence. Suppose, further, that following the speech, violence against Muslims actually takes place. This third example more clearly falls within the parameters of Section 3(1) of the Act. The content of the speech, its intended consequences, and the actual context makes it an act of “incitement”. The very purpose of the section is to punish those who engage in such incitement and to prevent future incitement.

Section 3(1) of the ICCPR Act is based on nearly the identical formulation found in article 20(2) of the ICCPR. The Covenant was drafted and negotiated during the immediate aftermath of the Second World War. This historical context forms the backdrop to the specific prohibition on incitement to violence and discrimination – a context in which violence and discrimination against the Jewish community was routinely advocated in Europe. Article 20(2) was meant to be a shield against future occurrence of such incitement. It was specifically designed to protect vulnerable minority groups.

However, in the 12 years since its enactment, not a single person who has incited violence against a minority group in Sri Lanka has been convicted under the Act; this is despite four major incidents of mob violence against the Muslim community in the past five years: Aluthgama in 2014, Gintota in 2017, Digana and Teldeniya in 2018, and Kurunegala and Gampaha in 2019. Section 3(1) of the Act, which is meant to be a shield against such incitement, has failed to achieve its principal purpose.

Yet, the crisis concerning the ICCPR Act does not end there. It is not just a broken shield. The leftover shards are now being used to attack the very citizens that the law is meant to protect. The writer, Shakthika Sathkumara, who is accused of writing a short story that insults the Buddhist clergy, is currently in custody under the Act. A woman who allegedly insulted Buddhism through her attire was arrested under the Act. It would then seem that Sri Lanka’s ICCPR Act has been transformed into a weapon. It is now a weapon wielded by majoritarian power to suppress those who offend majoritarian sensibilities.

There was once a time when Sri Lankans lamented the State’s failure to enforce the ICCPR Act and bring perpetrators of “incitement” to justice. That outrage now seems a distant indulgence. The crisis has become much greater today. For what was once merely a broken shield is now a weapon of choice.