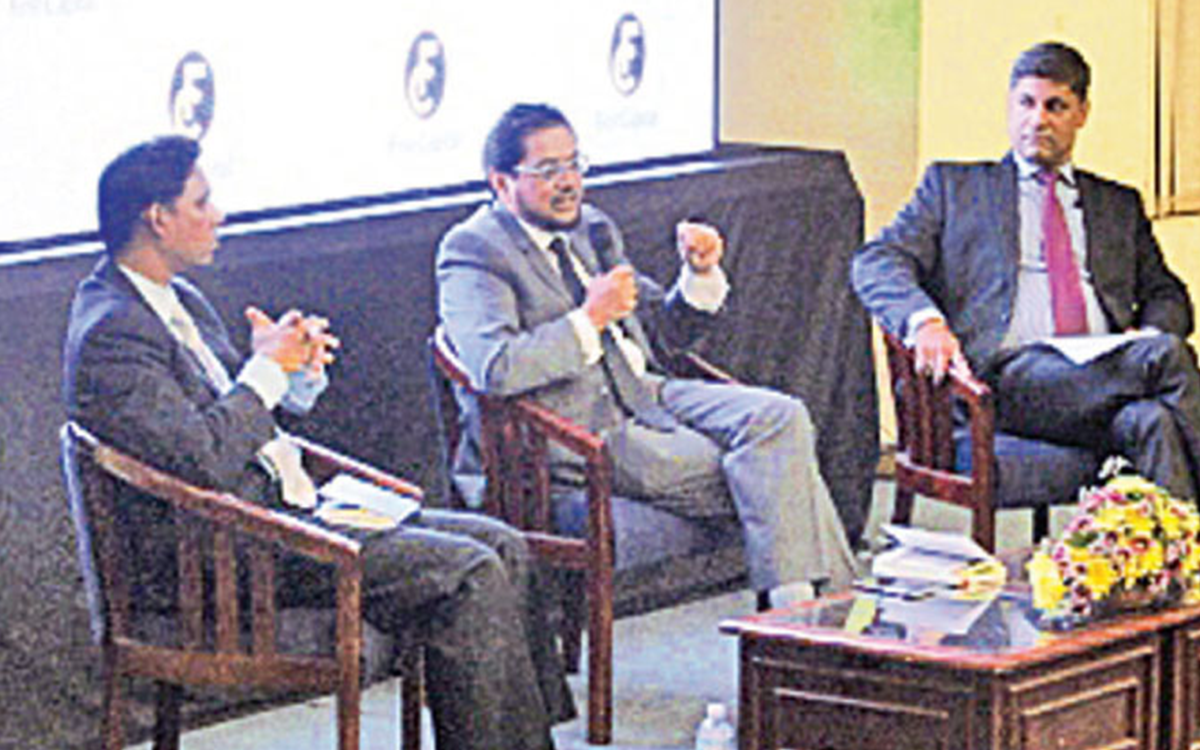 As Sri Lanka increasingly indicates characteristics of a debt trap scenario, an academic urges the government to consider setting-up a professional debt management unit to manage the debt efficiently.

“A typical debt trap situation is when you are borrowing most of your debt accruals to pay past debt and at the same time, the debt to GDP ratio keeps growing indicating that your debt situation is getting slightly out of control,” Verité Research, Executive Director, Nishan de Mel said.

According to him, since January 2015- 2018 December, Sri Lanka’s total debt has increased by about 34 percent in nominal terms while almost 70 percent of that borrowing had been allocated to service interest on existing debt stock.

Despite recording surpluses in the primary account of the budget over last two years, Sri Lanka’s debt to GDP ratio rose to 83 percent of GDP, and First Capital project the debt to increase to 85 percent of GDP this year.

“This government has run two years of primary surpluses; it means that the total fiscal deficit was directed to pay interest. Prior to that, we only ran primary surpluses in two occasions in 1990’s and in 1950’s. Yet, our debt to GDP ratio keeps increasing. In relation to that, we also become disciplined and reduced inflation.

“If we find ourselves borrowing to pay debt and yet our debt to GDP is not coming down, it’s a serious issue,” he stressed.
Further, he pointed out that the current high borrowing cost which is around 10 percent (with foreign exchange deprecation) is not viable for a country such as Sri Lanka. As a solution, he opined that Sri Lanka needs to set-up a professional debt management office similar to India to borrow cheaply.

Given the current low levels of inflation and high borrowing costs, de Mel noted that Sri Lanka needs to maintain an economic growth above 10 percent to bring down the debt to GDP ratio.

“If inflation plus GDP growth or nominal growth is not hitting 10 percent, then you are likely to see the debt to GDP moving upwards,” he noted.
De Mel stressed that the Central Bank (CB) should not shy away from playing its role in ensuring Sri Lanka to realise its potential economic growth rather than suppressing demand to maintain the inflation within the targets.

“Sri Lanka’s GDP is significantly below potential, when targeting demand reduction. In such a situation, reducing inflation is not necessarily always the best solution. We need to figure out why prices are going up. It might be due to supply side structural problems that are driving up prices. So, it shouldn’t be reduced by reducing demand,” he pointed out.

However, he professed that the only sustainable way for Sri Lanka to achieve economic growth is through structural reforms.

“The problem which is not getting fixed is structural reforms that really present significant constraints to GDP growth.

“We don’t have anything on agenda to restructure Sri Lanka’s economy in a way that makes us able to succeed and move forward from this middle income stage we are in,” he added.

On cautious note, he warned that Sri Lanka might be beginning to experience yet another boom-bust cycle as seen in the past after ending another IMF programme.

“We are probably set to repeat another cycle before we change the trajectory and get out of those cycles,” he said.