Can Sri Lanka put politics aside in a pandemic? 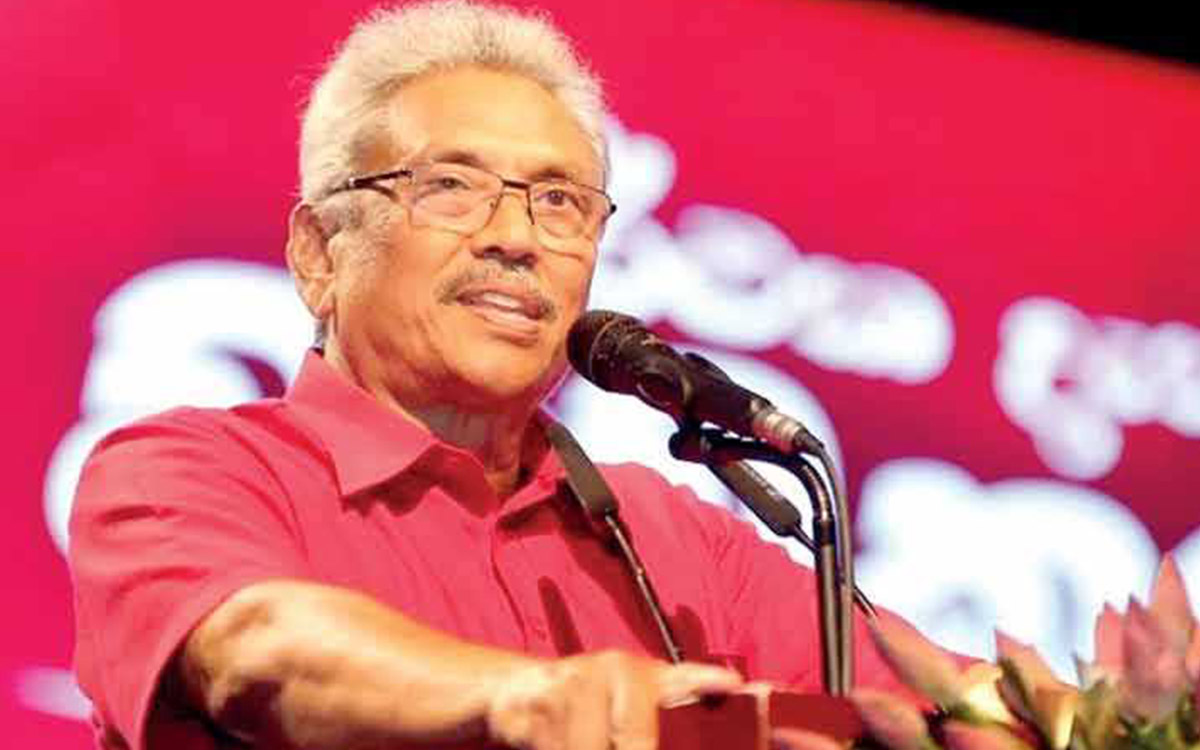 Once in a lifetime, a country faces a crisis so unique that the ordinary rules of politics should not apply. We expect politicians – political animals by nature – to act in ways that are antithetical to their interests. The COVID-19 pandemic is such a crisis, and Sri Lanka’s politicians have a choice: to opportunistically maximise political gains, or to selflessly put country before politics.

Sri Lanka’s elected President Gotabaya Rajapaksa has a serious dilemma. On the one hand, his mandate is to achieve results. Yet his Government only has a minority share of the seats in Parliament.

The current Government cannot perpetually function on a limited budget. The Constitution clearly vests power over public finance in Parliament. Therefore, the Executive branch headed by the President would need a Legislature to authorise a new budget.

It seems politically acceptable for a president heading a minority government to call an election at the earliest given opportunity to form a stable government. President Rajapaksa has opted for this route, and many other politicians in his place would have done the same.

On the other hand, as the elected representative of the people, President Rajapaksa is bound by the provisions of Sri Lanka’s Constitution. His actions must always comply with the law.

The Constitution – the supreme law of Sri Lanka – provides that when the president dissolves Parliament to call for an early election, he ‘shall summon the new Parliament’ to sit on a date no later than three months since the dissolution of Parliament. That date is 2 June. The deadline is non-negotiable – as long as Parliament continues to be dissolved.

The Election Commission has now set a date for the election: 20 June. The Commission has decided to postpone elections on the basis of an ‘emergency’, when no emergency has been officially declared. This decision further complicates matters, as Parliament cannot stand dissolved if an election is scheduled for a date after 2 June.

In any event, can an election be held in the near future without exposing the people to a public health risk?

President Rajapaksa must now balance his political need to secure a stable government with the legal imperative to comply with the Constitution.

Sri Lanka’s current law is poorly equipped to deal with many aspects of the COVID-19 crisis. For example, the Public Security Ordinance (PSO) only permits the President to impose curfew for the limited purpose of maintaining ‘public order’ in any area. The concept of public order refers to maintaining law and order, and preventing acts of violence and unrest.

This concept is entirely distinct from the concept of public health, which involves the prevention and containment of diseases and other health hazards. In fact, the Sri Lankan Constitution, in article 15, very clearly differentiates between these two concepts. Public order cannot be equated with public health.

There is no other law in Sri Lanka that authorises the Government to impose curfew. For example, neither the Disaster Management Act, nor the Quarantine and Prevention of Diseases Ordinance – both of which deal with public health crises – contemplate the kind of measures that the current Government has imposed in the interests of public health. Since the PSO only deals with a public order crisis, the Government is in dire need to enact new legislation to cope with a unique public health emergency.

Meanwhile, the emergency situation has given rise to a number of new and unprecedented practical challenges. For example, certain institutions, including courts, need to function remotely; certain essential services, including the processing of official documentation, need to be provided digitally; special assistance needs to be provided to the destitute, including daily wage earners who have lost incomes; ports, transport services, and educational institutions need to be regulated; high value industries that employ large numbers of people and earn much needed foreign exchange must be protected from closure. The current law is completely inadequate to deal with these myriad challenges.

Many democracies around the world have responded to this crisis by enacting vital new laws. Yet, in Sri Lanka, the only institution empowered to frame new laws is no longer functioning.

We return to President Rajapaksa’s dilemma. He needs a Legislature to authorise new budgetary allocations, and to enact new legislation to deal with a plethora of challenges. He does not want to reconvene a Parliament in which his Government lacks a majority. However, he cannot easily call an election either, as an unprecedented health crisis continues to threaten the country. His position is unenviable. Yet the only solution available to him may lie outside the realm of ordinary politics.

The framers of Sri Lanka’s Constitution had foresight when they decided to include article 70(7) in the Constitution. This provision permits a president to summon Parliament, even when it has been dissolved, if the president is ‘satisfied that an emergency has arisen’. If Parliament reconvenes due to this special summoning by the president, it will be entirely temporary, and Parliament would stand dissolved the moment the emergency ends. There are very good reasons President Rajapaksa should employ this provision to deal with the crisis.

The COVID-19 crisis is undoubtedly an emergency. The President does not need to rely on the PSO to satisfy himself that Sri Lanka is in a state of emergency, as the PSO only deals with public order emergencies. He can simply declare an emergency in a proclamation issued under article 70(7) of the Constitution.

If he wishes to rely on some legal guidance, he need not look further than Sri Lanka’s Disaster Management Act, which recognises that an ‘epidemic’ constitutes a ‘disaster’. The Act permits the President to declare a ‘state of disaster’. Even if the President opts out of such a declaration, he would surely see the sense in recognising the current crisis as an ‘emergency’ in order to issue a proclamation under article 70(7).

How can the President ensure that Parliament, when temporarily reconvened, would act in the public interest and not out of political interest?

It may be necessary for all parties to put aside their political agendas and support the President in a clear legislative plan to deal with this crisis. In fact, some Opposition parliamentarians have already come forward and pledged to support the Government if Parliament is reconvened.

A multi-party memorandum of understanding ought to be framed to agree on this special plan. The Legislature and Executive must then come together to frame and enforce a new law that meets all aspects of the crisis. The law must give some flexibility to the Executive to make decisive decisions without unnecessary red tape. It must also institute checks and balances, including legislative oversight and judicial review of decisions.

The President ought to take this gamble for two reasons. First, it is simply the right thing to do in a crisis of this magnitude. No government should be left to deal with such a crisis with such inadequate laws and with such unsustainable resources. Second, the President can always dissolve Parliament again if it transpires that this experiment in good faith has not reaped results. He would have at least attempted to rise above politics, and ought to be recognised for doing so.