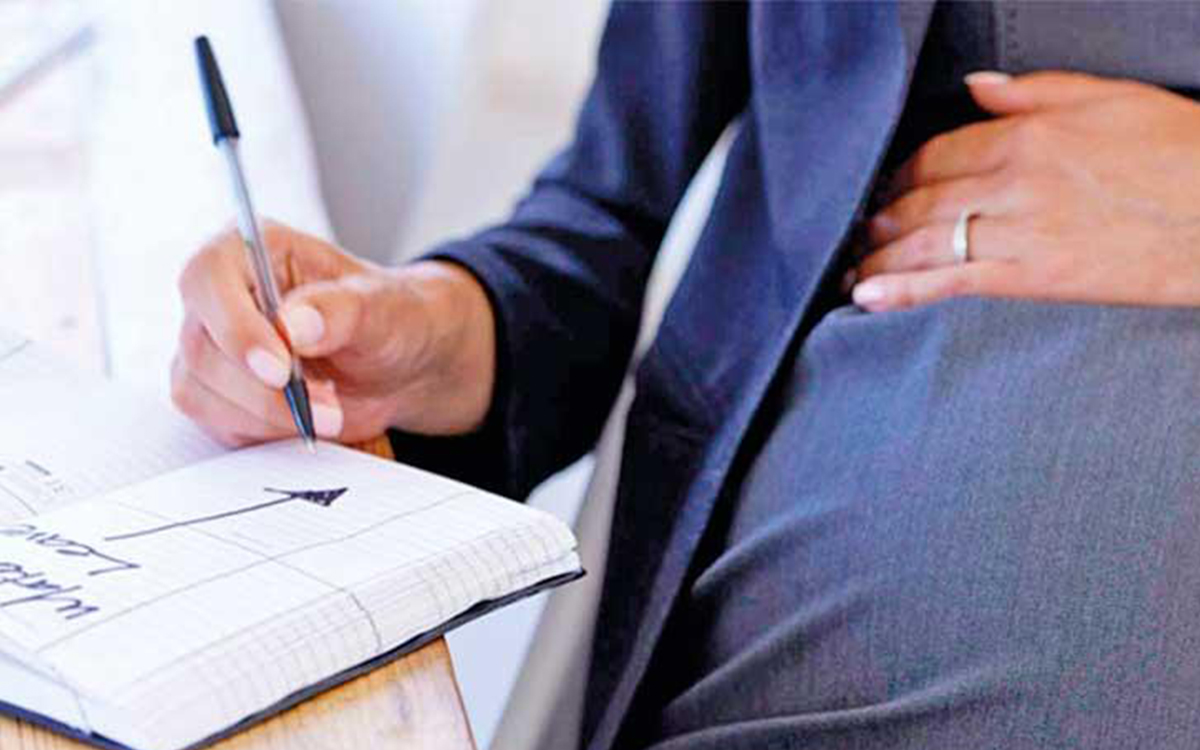 In Sri Lanka, employers are required to bear the full cost of providing maternity leave benefits (MLBs) to their employees for 12 weeks.

When the funding cost of this socially important benefit is shifted exclusively to non-public sector employers, it makes hiring women (under the age of 40) more costly, and incentivises a discriminatory recruitment practice – where male job applicants are preferred over female job applicants.

The data and analysis provided in this Insight suggests that the unfavourable labour market conditions faced by Sri Lankan women are connected to these adverse incentives. The solution offered by this Insight is for the State to bear most of the cost of MLBs by making that cost fully deductible against liabilities of the employer. This socialises the cost of MLBs for non-public sector workers, and is consistent with existing MLB practices across the world.

The budget proposals of 2019 made a first step towards this solution by announcing partial deductibility of MLBs. However, the follow up actions to gazette and implement the proposal were not taken, which has allowed the current problematic status quo to continue. The analysis in this Insight is based on the 2018 labour force data, which was the latest available at the time of the analysis. 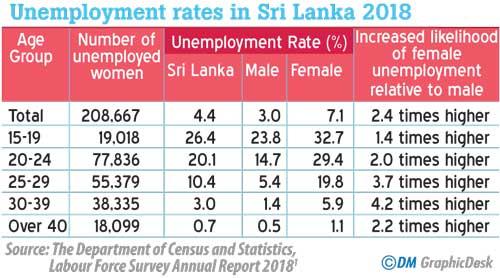 Women job-seekers face much higher unemployment risk
The Sri Lankan labour market is characterized by high female unemployment and low female labour force participation (LFP). In Sri Lanka, unemployment rates for women below the age of 40 are much higher than they are for men, and this discrepancy is also connected to age-group. A woman between the ages of 25 and 39,who is looking for a job, is 3.8 times more likely to be unemployed than a man looking for a job in the same age cohort.

Employer funded MLBs are likely to contribute to the disproportionately high unemployment risk to women in the 20-40 cohort.

(2) Comparing women aged 20-40 against other women: Another way to recognise this phenomenon is to see that the risk of unemployment is much greater for women in the 20-40 age cohort, compared to women outside that age cohort.

According to the Labour Demand Survey (2017), which surveyed 3,500 private sector entities, 41 percent of employers claimed that “maternity leave and working hour relaxation” is a factor they consider when recruiting women.

When non-public sector employers are mandated to pay for MLBs, hiring women between the ages of 20 and 40 becomes more expensive than hiring men. This incentivises employers to hire men over equally qualified women.

Five positive reasons for State to fund MLBs
The data set outlined above indicates that the state mandating, but not funding, MLBs for non-State sector employees has led to a huge disadvantage for women in the 20-40 age cohort. This section provides five reasons for Sri Lanka to ensure state support for Maternity Leave Benefits (MLBs).

(1) Translates to positive economic and labour market outcomes:  The literature suggests that the shift in financing MLBs from the employer to the state in developing countries leads to an increase in women’s participation in the labour force. A study conducted by Cerise et. al (2013) found that State funded MLBs can result in the increase in female employment by 20 percent in countries with a very high level of discrimination against women.

The present government has a policy position to provide sustained economic stimuli to the private sector. Allowing the non-public sector entities to set off MLB payments against taxes is effectively an economic stimulus for the private sector. Linking this economic stimulus to funding MLBs translates well into positive market outcomes because it helps increase the employment of women, who are under-represented in private sector jobs. Increasing the employment prospects of women also helps inject more income into households and cushions post-Covid19 job-losses, thereby reducing the need for state welfare support.

(2) The costs of MLBs are relatively low compared to most other welfare initiatives: Verité Research has estimated the cost value of MLBs to be Rs. 4.2 billion annually based on data published by the Department of Census and Statistics. This amounts to approximately 0.25 percent of tax revenue in 2018. In contrast, Samurdhi and the fertilizer subsidy amounted to 2.3 percent (Rs. 39.2 billion) and 1.6 percent (Rs. 26.9 billion) of tax revenue in 2018. This means, the estimated value of MLB payments would only be 11 percent of Samurdhi benefits, and 16 percent of the fertilizer subsidies financed by the government.

(3) Cost effective relative to current initiatives to boost employment: The recent initiative of the government to recruit 100,000 unskilled workers and 60,000 unemployed graduates will cost the State Rs. 58.67 billion annually. The government has even committed to training these 160,000 individuals at an additional cost of Rs. 27.9 billion.

In contrast, state supported MLBs will boost the employment of women for less than one tenth of this annual cost.

(4) Most states support MLBs: Most States have recognised the economic and social value of state supported MLBs – 129 states either fully (96 States) or partially (33 States) finance MLBs. The majorityof countries that provide zero state support towards MLBs are in Africa, Asia and the Middle East.

(5) Sri Lanka included MLBs in the 2019 budget, but the promise has not been implemented: In the 2019 budget, the government of Sri Lanka recognised the opportunity to boost female economic participation and included a proposal for the state to partially fund MLB payments in the non-state sector through tax deductions. However, the follow up actions to gazette and implement the proposal were not taken. This has allowed the current problematic status quo to continue.

Subsequently, the tax cuts implemented at the beginning of 2020 were worth Rs. 52 billion – ten times the value of tax concessions necessary to support MLBs. Yet the opportunity to structure these tax concessions in manner that would fund MLBs was lost.

This lost opportunity can be recovered in the forthcoming 2020/2021 budget.