Cost of extending maternity benefits to private sector only Rs. 4.2 b: Verité 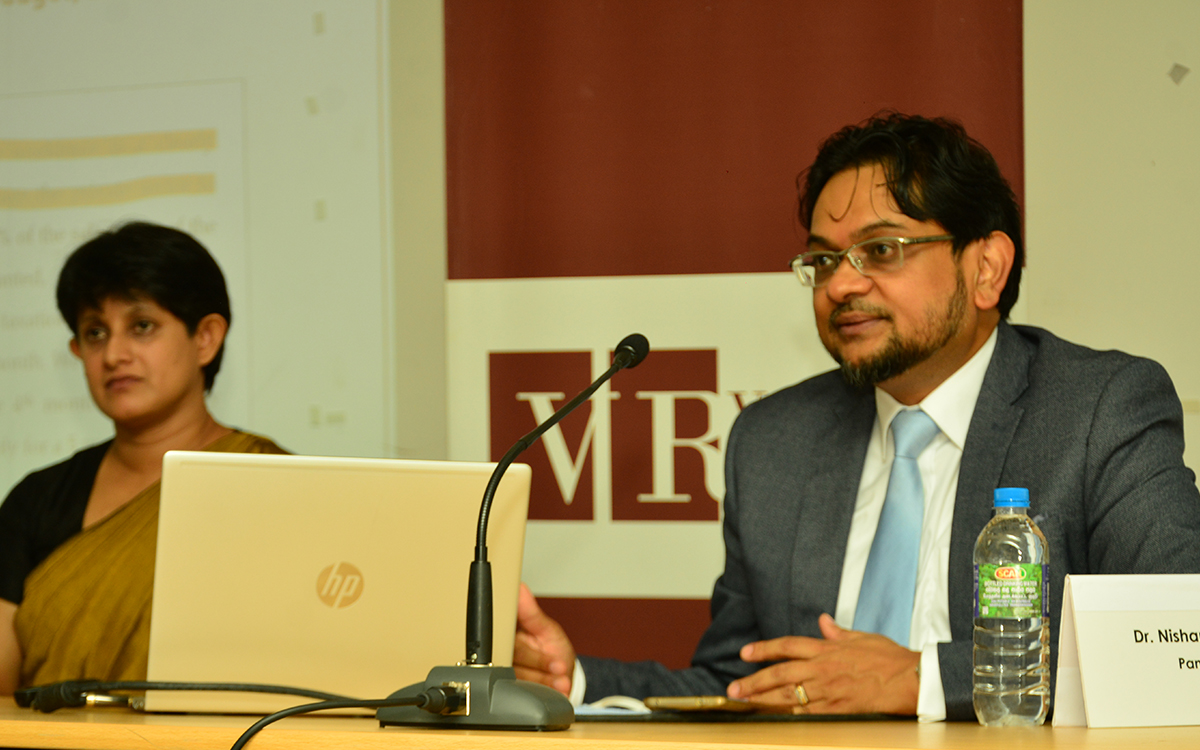 Government expenditure of Rs. 4.2 billion annually would enable maternity leave benefits to be extended across the economy, and incentivise the private sector to employ more women, Verité Research stated yesterday, recommending this be included in the upcoming Budget.

Verité Research Executive Director and Head of Research Dr. Nishan de Mel, addressing the press, stated that this was an opportunity for the Government to use their own workings and calculations on Maternity Leave Benefits (MLBs) to signal that they were encouraging private sector employers to hire more women.

According to Verité Research, the cost of State-supported MLBs would amount to Rs. 4.2 billion annually, which is low compared to other welfare programs.

Verité Research estimates that the Government will spend Rs. 58.7 billion providing employment for 60,000 unemployed graduates, an amount that only includes salary commitments, and not training expenses.

The institute also states that, based on 2018 data, the Government spends Rs. 26.9 billion on the fertiliser subsidy and Rs. 39.2 billion on Samurdhi.

Verité Research also explained that State-supported MLBs, which can be carried out via tax deductions, will amount to only 0.25% of tax revenue.

The challenges women face in terms of labour participation in the private sector led Verité Research to look into the matter. They partnered with YouLead, a program by USAID to support youth employability and access to sustainable self-employment opportunities in Sri Lanka, to analyse contributing factors to low female labour participation rates and high female unemployment rates in the country.

“One of the things we investigated was the laws and rules that were governing employment. There is a law that mandates that the private sector should offer women employees 12 weeks of maternity benefits, that is fully-paid maternity leave,” Dr. de Mel said.

He added, “Sri Lanka does not have an equivalent paternity leave, so hiring women between the ages of 20 to 40 becomes more expensive for the private sector than hiring men of the same age group.”

Quoting a 2017 Labour Demand Survey by the Census and Statistics Department, Dr. Nishan de Mel explained that 41% of the employers that responded to the survey said maternity leave and relaxed working hours was a factor they consider when recruiting women.

“By having a system that makes hiring women between ages 20 to 40 years more expensive than hiring men, we have created a significant negative outcome on negative incentives in terms of opportunities for women in Sri Lanka to find and succeed in employment,” he added.

A solution to this would be State-supported MLB or programs where the State deducts maternity leave benefits from private sector taxes.

“The simple solution is to have the Government pay or allow tax deductibility of maternity leave, because that then changes the incentives of the private sector,” the Verité Research Executive Director said.

According to him, global studies pointed to the fact that policy shifts of this nature encourage the private sector to hire more women, while also encouraging women to participate in the labour force. The benefits of introducing such a policy would not be limited to the private sector, he said, as the benefits will extend to the female population of the country as well as economic growth.

“It may be a small step for the Government, but it may be a large, giant leap for the way the country promotes and supports women into employment and families into greater, long-term success in terms of income and women’s contribution to the economy,” de Mel stated.