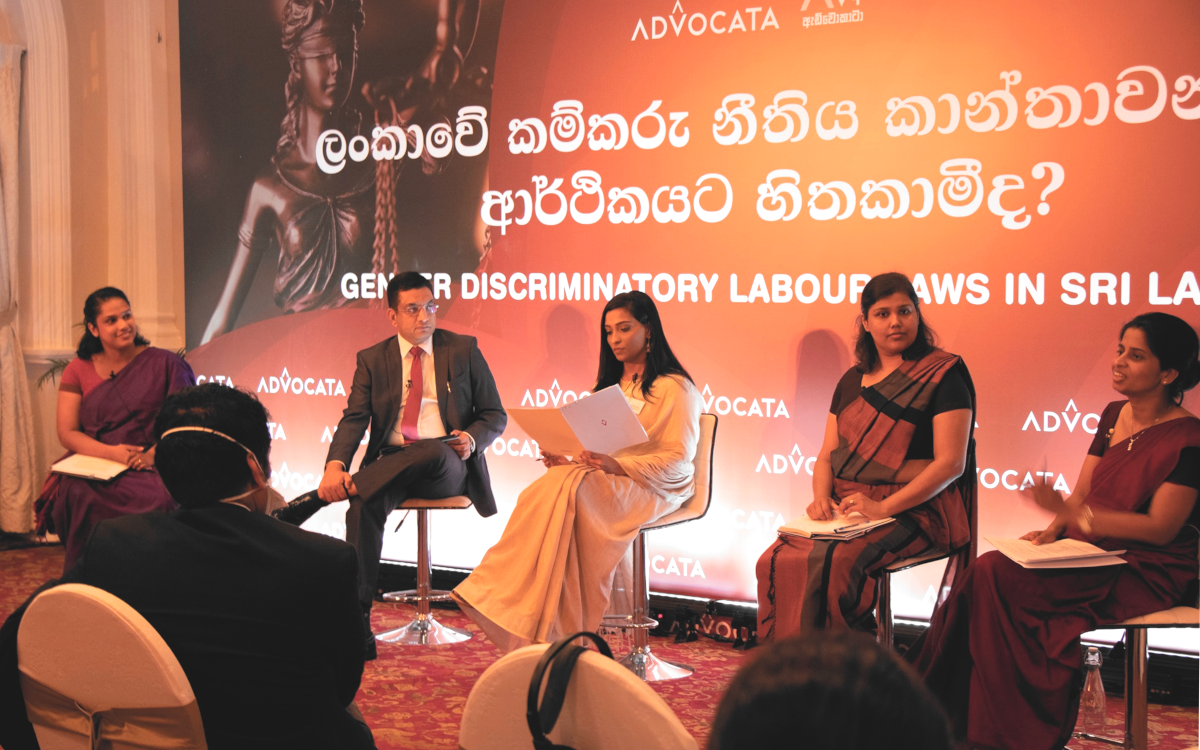 Gender discriminatory labour laws continue to barricade the progress of women within the labour market. This is a result of outdated, archaic laws that do not reflect the aspirations of women. This rationale was outlined by Ali Sabry, who extensively spoke on why gender discriminatory laws must be looked at both from a practical as well as bottom-up approach. “Having rigid laws is going to be counterproductive and can have negative consequences on the female labour force”, said Minister Sabry, adding that it’s equally important to look at social and cultural issues that go beyond the law. “Market forces can play a significant role in solving these existing inequalities.” He added that, ultimately, a competitive labour market will incentivise companies to make their labour practices more catered towards women’s aspirations.

Malsarini De Silva provided significant insight into the depth of this issue affecting Sri Lankan women. She argued that for the past three decades the number of women employed in the labour sector has remained constant at a rate of 30 to 35%. Thereby highlighting the immediate need to understand the serious underlying issues preventing women from entering the workforce.

Further regulatory barriers, such as the Family Background Report (FBR), illustrates ample evidence of negative discrimination that disincentives women from entering the workforce. This issue, according to De Silva, has had a serious negative consequence on female migrant workers, where “women are made more vulnerable to become victims of human trafficking when their FBR does not get approved”. She further said that while this regulation was introduced with the intention of protecting the children of female migrant workers, it has had dire consequences in the long run. Thereby shedding light on the fact that bringing in regulations is simply not an answer to solving an issue of this magnitude.

According to Madhavie Gunawardena, the problem continues because the laws have not evolved to accommodate the changing aspirations of women. She explained that at present “labour laws act as a barrier to the entry of women into the labour force of certain industries”. Thereby highlighting the need for the evolution of these laws to reflect the present needs and wants of Sri Lanka’s women.

The discussion was moderated by Advocata Institute Researcher Sathya Karunarathne.