Port City – What Next? 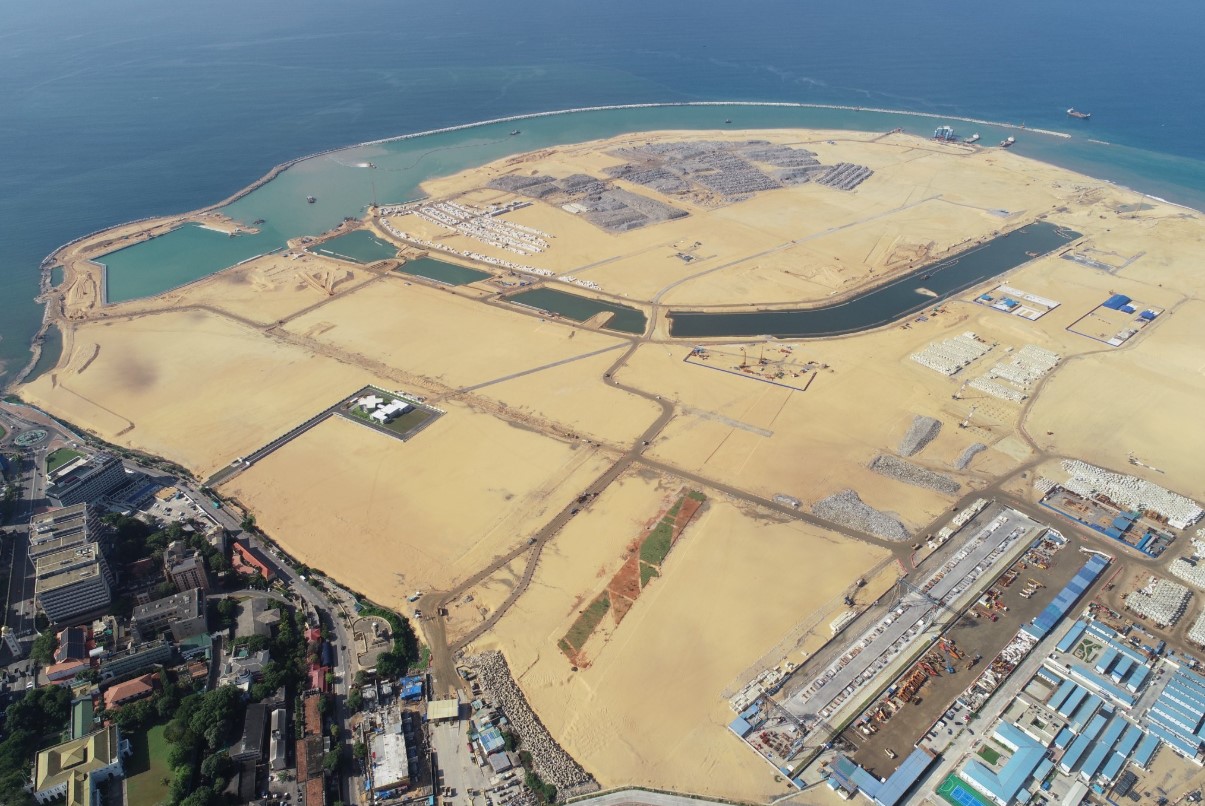 There may be differences in semicolons and adjectives but broadly speaking the SJB of Sajith P and the UNP (still loyal to Ranil?) have very similar positions on the Port City Act. They are in agreement that many of its provisions undermine democracy and bypass parliament and existing laws, that it concedes power to China to the extent of making Sri Lanka a semi-colony on matters relating to the Port City and that with the passage of time China’s influence will creep into other domains – finance, immigration and economic policy. However, they are also in agreement that the basic Port City Concept of creating a global financial enclave is an excellent proposition if only in addition to Chinese investment Western capital too is permitted to penetrate. A concise well stated one page summary of the arguments for and against the Bill is available in Verite Research, The Media Analysis, Vol.11, No.18.

Interestingly, the JVP does not endorse the economic concept underlying the Port City but it does not explicitly reject it either. The unsaid thinking in the JVP’s outlook seems to be that Lanka, like everybody else is trapped in a “globalised system” and must adjust to survive. Since socialism is not round the corner nor the revolution on the wing, anyone not supportive of capitalism as a world order has to deal with a conundrum. Socialists face a Luddite Conundrum: One should not oppose improvements that enhance society’s material assets, powers and productive potentials, but in the upshot they will strengthen capitalism, the capitalist class and the capitalist state.

This is no conundrum the sophisticated will say, it’s a dialectic. If you believe that capitalism is the best of all possible worlds and leads mankind to heaven, well that’s a clientele that I am not addressing today. Otherwise, by aiding improvements within a capitalist order aren’t we strengthening it? However, on reflection this is a non-issue. For example we support a resolution of the national question, progressive economic reforms and vaccination and if these are done satisfactorily by a bourgeois state its standing will be enhanced in the eyes of the people, and this is crucial, the prevailing social order will also be strengthened. The answer to this figment then is as follows.

“No social order passes away before the productive forces for which it is sufficient are exhausted; superior relations of production do not replace older ones before necessary material conditions have matured in the framework of the old society” – Preface: A Contribution to the Critique of Political Economy, Marx. 1859. And added, “At the entrance to science, as at the entrance to hell, the demand must be made”:

Here must all distrust be left;

All cowardice must here be dead ~ (Dante)

The resolution of the contradiction lies in ruthless honestly. The conundrum is superficial, a step on a road. We must be cold-bloodedly honest about potential economics of the Port City and ruthless in the examination of class, state and international concerns. I see many lapses in the SJB-UNP assessment of costs and benefits; there is no rigorous economic analysis factoring in debt and debt-service obligations. Except for a statement by Ceylon Federation of Labour General Secretary T.M.R. Rsseedin there has been no examination of its impact on class relations. Comment so far has been only about the loss of national sovereignty, undermining Parliament and foreign policy implications. The inevitable loss of our non-aligned status has been noted; the balancing of inevitable tension with India has been mentioned but not adequately examined.

There are two more tricky frontiers; the projects local ‘agent’ and a warning to investors. The agent is the Double-Paksa regime hence it’s not possible to be confident that kickbacks and corruption will not overflow, especially when negotiating with potential investors. The stench from former Paksa-government projects reeks. Second, because investors may knowingly or unknowingly be drawn into activities that infringe on the democratic and legal rights of the people of Lanka they need to be warned that future governments are not obliged to honour corrupt deals repugnant to democracy. Let this be made abundantly clear NOW to potential investors by all opposition parties. Let there be no tears later.

Overall is it possible to give critical support to the Port City despite the lapses this regime has built into it because it has potential to bring economic benefits? I think that for the reasons I have enumerated it is not possible to do that. The Double-Paksa regime is determined to go ahead, some 145 lickspittle stooge MPs will vote to make the Bill law. We will thereafter be stuck with it and we need to plan now how to address this ghastly scenario. Surely not like Hambantota Harbour again!