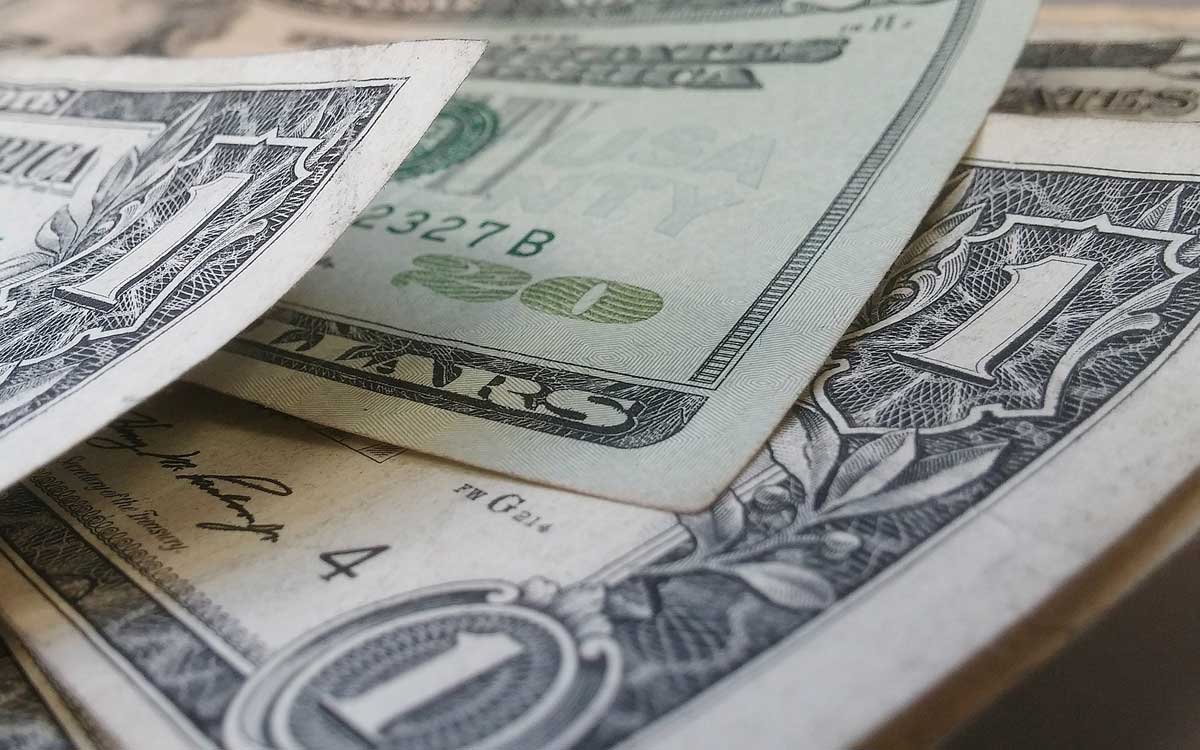 Published in The Sunday Times

Importers continued to fret this week with containers–many of them holding inputs for export manufacturing–held up because dollar-strapped Sri Lankan banks were slow in settling payments with the sellers’ banks abroad.

“I bring in raw materials for major Sri Lanka rubber manufacturers and for a range of animal feed producers, among others,” one import agent said. “Typically, the overseas seller sends documents from his bank to the customer’s bank in Sri Lanka. The customer pays the bank which releases the documents. The local bank must then settle the payment with the sellers’ foreign bank in dollars.”

“Now, when a shipment comes to Colombo, the documents are not released because the Sri Lankan banks don’t have dollars to remit to the seller’s bank,” he explained. “As a result, the containers are held up and the importer pays heavy demurrages to the port.”

Some shippers insist on importers opening letters of credit with banks–a letter from a bank guaranteeing that a buyer’s payment to a seller will be made on time and for the correct amount. If the buyer is unable to make a payment on the purchase, the bank must cover the full or remaining amount of the purchase.

“But the banks have no dollars now to open LCs,” the agent said. “So shipments cannot be carried out and imports cannot be done.”

In the case of one animal feed manufacturer, documents had reached a private commercial bank on June 18. They are yet to be released. Another manufacturer’s payment of US$ 10,000 went overdue by 60 days. A Chinese customer operating in Sri Lanka went “dollar-shopping”, going from one bank to another till he ended up with the Bank of China which accepted the relevant documents. “There are many more issues and it’s a bad situation,” another agent pointed out.”We can’t do our exports effectively because we can’t do our imports for exports.”

“For any bank, if your customers’ imports are greater than exports and remittances, there is a shortage of dollars,” a finance sector source explained. “Typically, you go to the market and try to buy dollars.”

“Now, the regulator has said handle your mismatches between inflows and outflows internally and not to come to the market,” he elaborated. “Therefore, when a customer now asks a bank for dollars, the bank says it cannot furnish his requirement because it doesn’t match the bank’s inflows. So he goes searching to other banks.”

The Central Bank of Sri Lanka (CBSL) this week “decried reports published or circulated by some media channels indicate seriously negative viewpoints which can be very harmful to the country”. Then, on Friday, it tightened exchange controls lowering the amount of money Sri Lankans can take out when migrating abroad.

The “dollar crisis”–as it is being called in many circles–built up over several months and was worsened by COVID-19, which is an unprecedented event. It is “a very challenging time”, P B Jayasundera, Secretary to the President, said in a recent interview.

“For the first time in my lifetime, I see the global economy trapped in a mess,” he reflected. “The COVID-19 situation has created such an unpredictable economic geography. It has hit developing countries, emerging nations and so-called advanced countries. And it is not short-lived.”

“Domestically, in Sri Lanka, the legacy this Government inherited is also not pleasant,” he said. “The economy slowed down, post-war growth momentum has been lost and the country has got into serious debt, all dynamics which are far beyond manageable levels.”

But recent economic history is also not encouraging. “It started with the tax cuts in 2019 that contributed to a big decline in Government revenue by around Rs 540bn,” said Deshal de Mel, economist. “The pandemic added to it.”

Soon after President Gotabaya Rajapaksa won, value added tax was slashed from 15 percent to 8 percent, while seven other taxes, including the nation building tax, were abolished. The decisions were made in the first post-election Cabinet meeting.

“To finance this big gap, the CBSL did deficit financing which, in layman’s terms, is money printing,” Mr de Mel continued.

Meanwhile, any economic activity in Sri Lanka is import intensive. For instance, 60 percent of inputs into the apparel industry are imported. This is true across the board. In the early part of this year, imports started picking up quite rapidly–even higher than in the corresponding period of 2019.

But while import levels were high, there wasn’t a similar percentage of growth in exports or tourism. This affected the balance of payments. “And typically we can plug this resource flow by getting financing from overseas,” Mr de Mel said. “But now, since Sri Lanka’s credit rating is CCC, we don’t have access to that funding. There is a big gap between inflows and outflows, therefore reserves are down.”

Local banks do have dollar funding issues, a senior banking sector source said, on condition of anonymity. “That is, they cannot borrow dollars from the usual lenders because of the country downgrade.”

Over the last two years, Sri Lanka’s private banks had access to cheap money–dollar bonds sold offshore–from West Asia and Europe. They would borrow at 2-3 percent and deploy it into local business and sovereign bonds and Sri Lanka development bonds which are dollar-denominated.

“At some point, they got carried away and used short-term funding lines to buy five-year bonds,” the banker said. “This led to an asset-liability mismatch. Then, subsequent to the Easter attacks and the sovereign downgrade, these funding lines dried up because, now, we are technically junk. When that happened, the banks no longer have dollars.”

A large number of private banks hold sovereign bonds and can “forced-sell” but this means they will make a capital loss. “It is in their best interest to hold them,” the banker continued. “So they are now using other options for funding such as taking deposits from clients, chiefly exporter. That’s why the dollar deposit rate is now around 5-6 percent. It’s crazy.”

“There is also as shortage in spot dollars,” he said. “That is, there is no interbank market. So banks try to match exporter sales and importer demands internally. The issue is exporters are ever so reluctant to sell dollars because they expect rupee to depreciate further. So there is a demand and supply mismatch. This is aggregated by the loss of US$ 4bn from tourism.”

“As exporters, we have had a quite a few challenges in the past one year with COVID-19,” said a senior company official. He did not wish to be named. “From an apparel perspective, they have had a slightly lesser impact when compared with others. Their proceeds have been coming.”

“From time to time, there are concerns about whether conversion levels are adequate,” he admitted. “On the other hand, from the exporters’ side, you need certain flexibility without being mandated that this is how we need to handle our currency conversions.”

Earlier this year, the regulator directed that exporters bring back export proceeds within 180 days and convert 25 percent of them into rupees. “Currently there is a view that this percentage should be increased,” the official related. “There is a little bit of concern whether conversions are adequate.”

“The importers need the dollars, the exporters have to convert their dollars,” he pointed out. “If 25 percent is mandated now, I will convert my minimum amount. If I’m offered Rs 5 more, I might convert a little more of my reserves. Otherwise, why should I? I have already converted enough to meet my expenses. Economics have to prevail.”

The CBSL said this week that several currency swaps will take place between this month and August, boosting its dollar reserves. These are in addition to around US$ 800mn due under the International Monetary Fund special drawing rights allocation. The regulator also buys export proceeds and worker remittances from the market. It outlined several other measures that it expects will improve the situation.

But economists like Mr de Mel feel an IMF facility–and an urgent one–is the sanest option at present. This is difficult to swallow since the Gotabaya Rajapaksa administration “reversed pretty much everything” the previous Government introduced as part of the IMF restructuring programme. This includes the tax reforms. Meanwhile, amendments to the Monetary Law Act did not get passed.

“The problem is that we are like a company that has lost its credit line with the banks,” he said. “So we keep trying other ways. We can live on the generosity of other countries but that carries significant risk and it doesn’t make financial sense to those countries.”

When economic activity starts, Mr de Mel predicted, import demand will increase–therefore, so will demand for dollars. Cutting imports can only achieve so much because 80 percent of them are intermediate and capital goods needed for production. Only 20 percent is consumption and these include essential items that cannot be cut off.

Apart from pushing inflows–remittances, tourism and exports–Sri Lanka needs to regain access to global capital markets. And one way to do that is an IMF programme that would create confidence among lenders.

“The money the IMF gives is tiny,” Mr de Mel asserted. “But the IMF is a conduit to credibility. If we have other options, then there is no problem. But we are running out of time.”