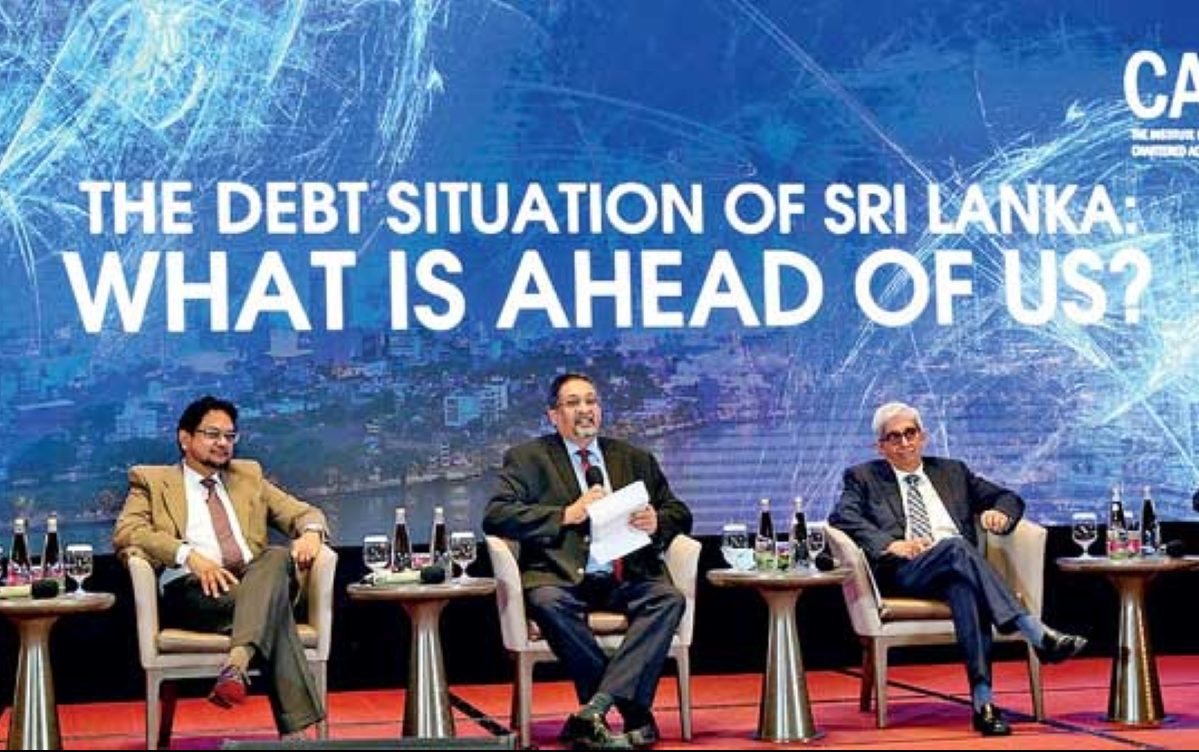 Published in The Sunday Times

Although immediate debt repayment payments have been settled, the government will have to implement a medium and long term plan with clear policy derived by analysing all its aspects, a leading economist emphasised.

Verite Research Executive Director Dr. Nishan De Mel told a CEOs forum organised by CA Sri Lanka on the “Debt situation of Sri Lanka: What is ahead of us?”, that it is essential to maintain market confidence at a time where the rupee depreciation is extending pressure on the ability of authorities to manage debt stock.

As Sri Lanka is experiencing an economic downturn due to the unavoidable COVID-19 crisis, the government has taken some policy decisions without analysing all its aspects including repercussions, he explained.

Citing an example, he said that certain policy decisions taken recently have failed to bring expected results under these circumstances.

This was evident in the country’s reporting of the debt situation and economic indicators which have been exposed to manipulations.

If the market is allowed to lose its confidence in the Sri Lanka rupee and its exchange rate then it will affect the ability to manage the country’s debt stock, he pointed out.

The Central Bank had to maintain a low interest regime and it has helped to achieve a positive growth to well manage the government’s local debt stock.

Private credit has to be properly managed keeping inflation and depreciation rates at low levels while handling foreign debt under a medium term plan with credibility, he said.

The country should move away from the dependence of imports and the government has taken a policy decision to encourage non debt creating investments for development projects, he disclosed.

According to Central Bank estimates, the resultant reduction in the import and fuel bills would save Sri Lanka about US$2 billion, which would also help to boost reserves.

He strongly defended the government’s policy of reducing taxes and interest rates stating that these tax reforms should be maintained without any changes to assist business activities and entrepreneurs.

He assured that the Central Bank will continue to meet debt service restoring investor confidence on the Sri Lankan economy and the financial system.

The Government and the Central Bank have ensured that trade is not unduly disrupted and intermediate and capital goods imports are given priority in the process of imports.

The bank will be evaluating the national balance sheet and external macroeconomic conditions in deciding the future policy response sustainable economy, he added.

Central Bank purchases of export proceeds and worker remittances from the market would help to build official reserves through non-debt inflows of around $700 million annually in the period ahead.

Measures are also being put in place to entice the resident holders of maturing Sri Lanka International Sovereign Bonds (ISB) to repatriate maturity proceeds. It may be noted that 30 per cent of upcoming ISB maturities are held by residents.

Chairman of Ceylon Chamber of Commerce V. Govindasamy stressed the importance of diversifying the country’s exports without confining to tourism, foreign remittances, as will as exports of apparel tea rubber and coconut.

He noted that that the private sector is always willing to work with the government and it should extend necessary assistance for their businesses at the time of COVID-19.