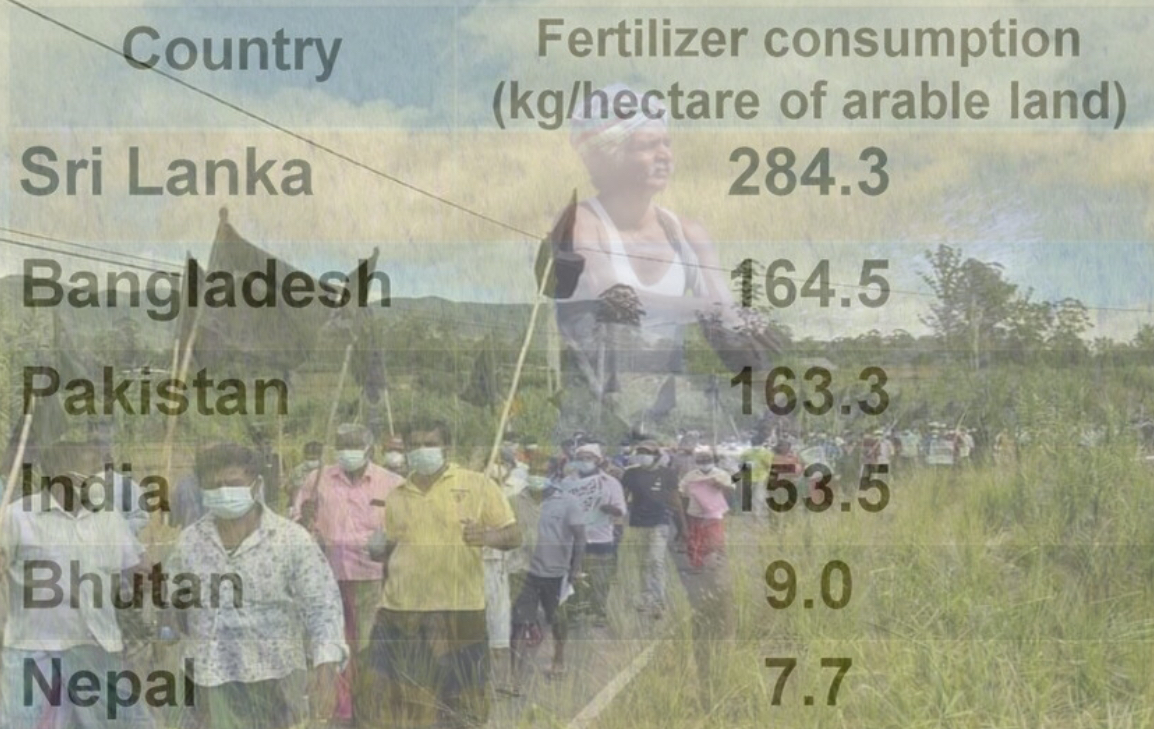 A sample of 1042 farmers participated in the survey which was carried out across the country’s nine provinces. Of this number over 90 percent said they add synthetic fertilizer to their crops. Some 85 percent of farmers said they expect a 47 percent reduction in their harvest if they are not able to use it to cultivate their crops.

This survey is the first to capture the opinion of farmers about the transition from synthetic to organic fertilizer and its impact on the harvest.  Earlier this year on 22 April President Gotabaya Rajapaksa announced a ban on the import of synthetic fertilizer to Sri Lanka. It is still unclear if the gazette notice about it which was issued on 6th May has been tabled in Parliament.

Other findings of the survey are that nearly two-thirds of the farmers are supportive of a move to organic agriculture but almost 80% felt they require more than one year to prepare for the transition. They had a low level of confidence about the knowledge which is required to make the transition with only as little as 20 percent of the survey respondents saying they have adequate knowledge about suitable organic fertilizers and how to apply it properly to their crop.

The three major requests farmers had to make from the government are the need for advice and instructions on organic fertilizer, to make the transition a gradual one with more time given for it and a standardised supply of organic alternatives.

The farmers who took part in the survey were cultivating all the major crops for commercial purposes. In addition, only farmers who cultivate more than half-an-acre of land and have engaged in farming for more than three years were selected for the survey.

The survey was conducted between 1 and 10 July this year by Vanguard Survey, an agency specializing in the conduct of surveys. It was commissioned by Verite Research, an independent think tank specializing in economics, law, politics and media.(SW)