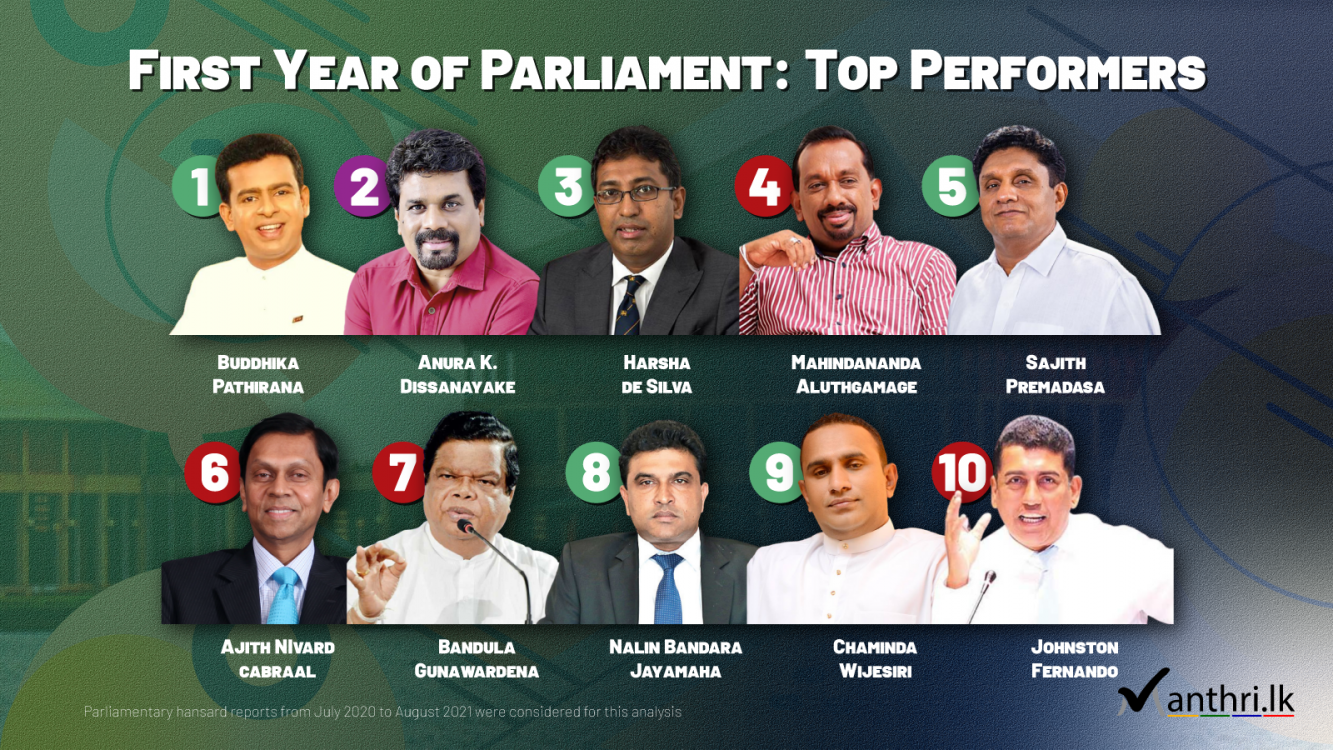 Ten Parliamentarians have been identified as top performers having diligently carried out their respective duties during the one-year tenure of the 9th Parliament of Sri Lanka, which was completed in August 2021.

According to a survey conducted by Manthri.lk, the duties include attendance, as well as those who have made legitimate contributions to Parliament debates, and statements.

The Parliamentarians listed in the survey have been identified for their participation in over 100 weeks of Parliament sittings, their contributions via statements, and their presence during debates.

The top 10 MPs who have carried out their duties diligently during the one-year tenure of the current Parliament are as follows: