Why did Sri Lanka’s Budget Deficit Increase in 2020? 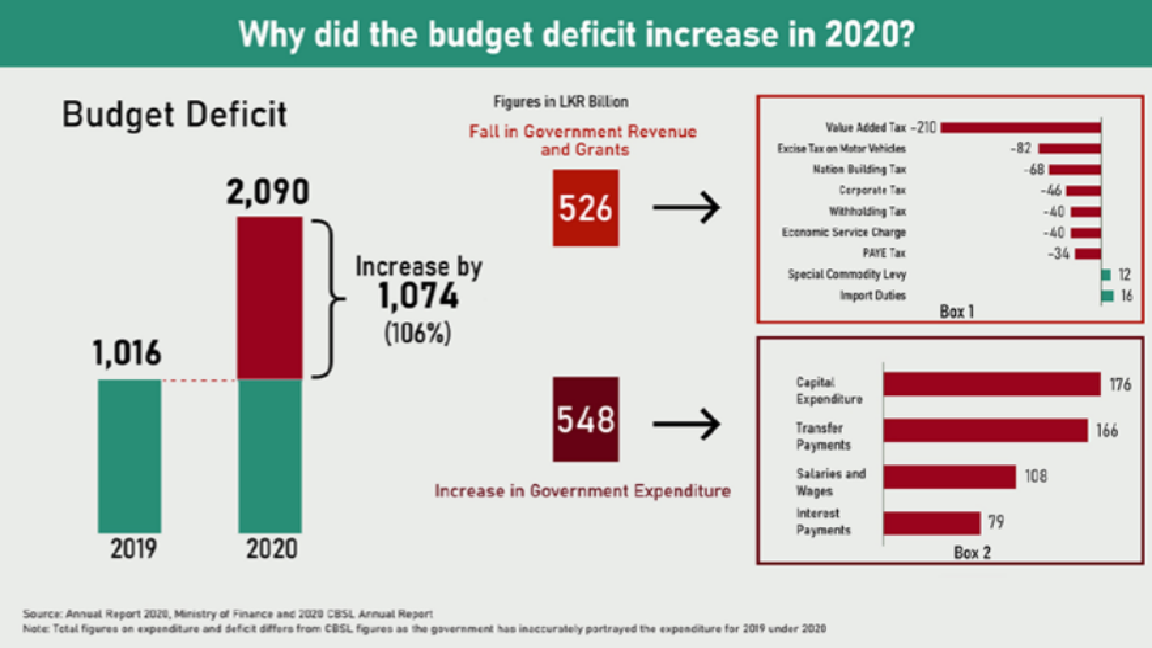 It is important to note that there were several key tax policy changes made in late 2019 that contributed to the decline in revenue. Some of these were; (1) The abolition of the nation building tax, economic service charge, and PAYE tax (2) the exemption of withholding tax for residents (3) the changes in various tax rates such as the standard corporate income tax rate being reduced from 28% to 24%, VAT (other than financial services) being reduced from 15% to 8%, tax rates for sectors such as construction and manufacturing being reduced and exemptions being granted for other sectors such as IT and agriculture, and the threshold being increased for the registration for VAT from Rs. 3 million per quarter (Rs. 12 million per annum) to Rs. 75 million per quarter (Rs. 300 million per annum), and finally (4) the government ban on the importation of most motor vehicles from April 2020, which could have led to a significant reduction in the excise duty revenue from motor vehicles.

It is important to note that the Government allocated Rs. 35 billion for the provision of Covid-19 relief assistance through the State Ministry of Samurdhi in the 2021 Budget, which was presented in November 2020. In addition, the Government also recruited 160,000 unskilled and unemployed graduates, which cost an additional Rs. 65 billion per annum.